Home » News » Opinion » Editorial » When We Should All Cry Out an Injustice? 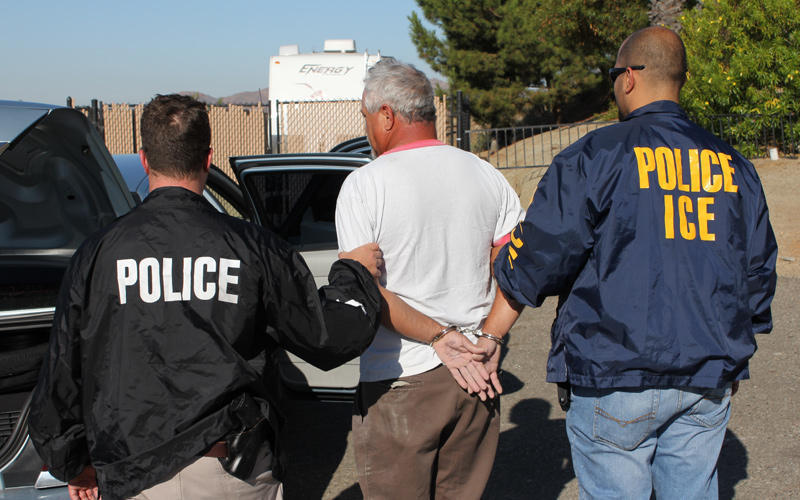 When We Should All Cry Out an Injustice?

In the last week of March, the Danbury immigrant community witnessed two arrests by Immigration and Customs Enforcement (ICE). According to the authorities, both men have criminal backgrounds.

One of the men had already entered a guilty plea regarding an offense against a minor child and signed a self-deportation order one year prior to committing the crime.

So, when we hear the anti-immigrant rhetoric that paints all immigrants in the same light of criminality, what we do when a member of our community becomes an illustration of the characterization? Do we go to the streets to protest the injustice of a deportation of any member of the community, indifferent to what they might have done?

We live in a different era from the one we lived in back in 2007. We are now under a different administration that has made its appetite for deportation very public.

But let’s be honest, so far, the same type of ICE arrests and deportations that happened during Obama’s administration are happening now under Trump.

The difference is that now, under the microscopic lens of videos that can be shared on social media in a matter of minutes, versus witness accounts of what happened to a friend of a friend, it feels more visceral. We will see the underbelly of the process whether we like it or not. And that can be scary for all immigrants who are undocumented, regardless of their criminal record.

But the images we see, the snippets of news we get from our Facebook feeds, should not make us so blind that we cannot tell the difference between someone being unjustly deported or someone being held accountable for the bad choices they have made, for self-deportation documents they have signed or for crimes they have committed.

Immigrants in this country who are undocumented should do everything in their power to follow the laws of this country, and avoid criminal charges of any kind. To be undocumented is to know you will be held to a higher standard. Is it fair? Considering the resolve of the Trump administration, I don’t believe we have the luxury of that discussion.

It is the choice of the authorities of this country to create a program to adjust the status of undocumented immigrants and grant their stay. And when that time comes, it is that undocumented immigrant’s job to be ready, with paid taxes trough a federal taxpayer ID number, and a clean criminal record.

We must use our best judgment and discern between what is justice and what is injustice in the case of deportations.

When the time comes and a working father or mother with no criminal record is picked up by ICE, just by simply being in the wrong place at the wrong time, that is when we should all cry out injustice.

Meanwhile, we cannot seek justice without understanding our very own responsibility to work with law enforcement on crime prevention and with immigrant rights groups and attorneys to educate members of the community on the criminal laws of the state.

The only way we can help minimize the risk of deportation now is through education on state and federal laws, guiding members of the undocumented immigrant community in how to safeguard themselves and their families. Help them to never give up hope and be ready for when a time comes that those whose only fault is how they entered the country, and have done nothing but be an excellent addition to our country, and want to be a part of it, will finally be given a fair chance to do so.

DCF: 22,000 Citizen-Children of Undocumented Parents in CT
Sick After Hours? How to Navigate Your Health Care Options