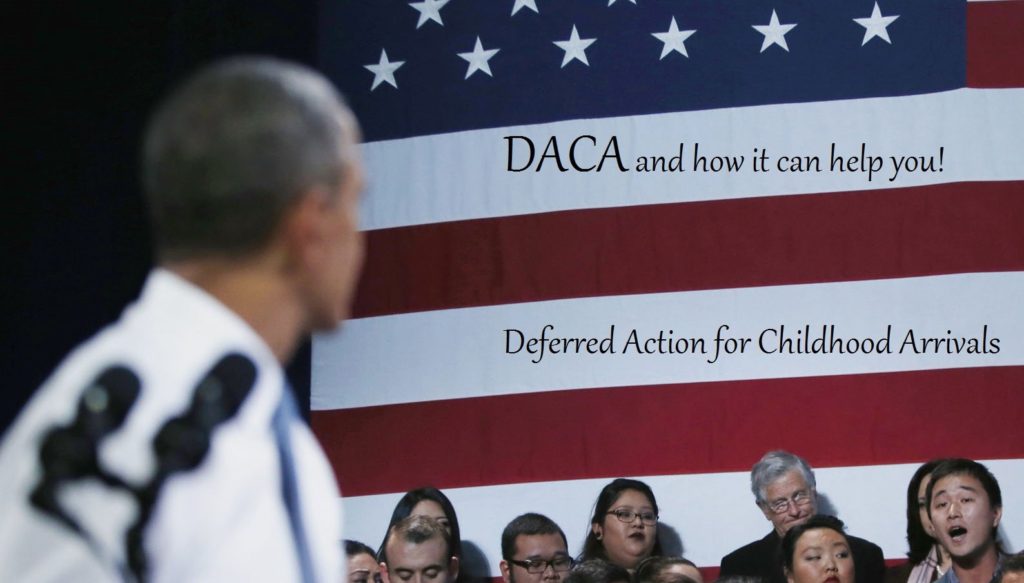 There is good news and bad news for undocumented immigrants in the United States.

The good news: the Department of Homeland Security (DHS) announced on June 16 that it would keep in place the Deferred Action for Childhood Arrivals (DACA) policy, allowing certain undocumented immigrants brought to the United States as children to remain in the country.

In an announcement posted on the DHS website on the eve of June 16, the DHS said the memo that created DACA “will remain in effect.” A fact sheet posted along with the announcement reaffirmed that the program’s original provisions would remain in place.

“DACA recipients will continue to be eligible as outlined in the June 15, 2012, memorandum. DACA recipients who were issued three-year extensions before the district court’s injunction will not be affected, and will be eligible to seek a two-year extension upon their expiration,” the fact sheet reads. “No work permits will be terminated prior to their current expiration dates.”

The program impacts about 800,000 people in the United States, and while Trump has suggested since taking office that he would not seek to deport DACA recipients, the DHS decision calms some concerns that the administration could do away with the policy.

The bad news: on June 16, the Trump administration also officially announced it had revoked an Obama administration immigration policy that would have protected millions of undocumented immigrant parents – the Deferred Action for Parents of Americans and Lawful Permanent Residents, known as DAPA. The program had never actually taken effect after being signed in 2014.

Courts had blocked it pending further litigation, which has been ongoing. The Department of Homeland Security formally withdrew the policy rather than continue to defend it in court.

That program was never put in place because a Texas court blocked it at the request of a coalition of 26 state attorneys general. The Supreme Court deadlocked, 4-4, on a challenge to that ruling, but the decision by the Trump administration officially ends the litigation.

DACA protects over 800,000 individuals around the county and over 5,000 individuals in Connecticut from deportation, undocumented immigrants who were brought to the United States illegally as children and know no other home, but DAPA would have extended the protections to parents and potentially 5 million more people, according to estimates.

And DHS went further, saying that individuals who were mistakenly given three-year DACA permits, rather than the usual two, as DAPA would have allowed, would have their three-year permits honored and not terminated early.

Lucas Codognolla, DACA recipient and executive director of CT Students for a Dream said, “The announcement that DACA is safe for now is a testament to the organizing and power of the immigrant youth movement. This announcement highlights the clear moral and economic imperative that our leaders have to protect DACA,” adding, “But make no mistake; this announcement on DACA is not symbolic of this administration turning over a new leaf. Since the inauguration, DACA applications are at their lowest point ever. We’ve seen DACA eligible youth stalked and sent to detention camps, DACA youth get deported and DACA youth get their protections revoked because of traffic violations.”

During the campaign, Trump explicitly pledged to rescind both DACA and DAPA “immediately,” but his administration has continued to issue DACA permits, while increasing deportation efforts by broadening the priority list, causing confusion among his supporters and fear in those at the mercy of his polices.

The immigration restriction group NumbersUSA said it was “thrilled” that DAPA was rescinded, but wanted to see Trump continue and rescind DACA.

“We hope President Trump now will keep his entire promise by ordering an end to the Obama Administration’s other unconstitutional amnesty, the DACA program, which continues to issue new work permits to those here illegally,” said Chris Chmielenski, NumbersUSA director of content and activism.

Meanwhile Anghy Idrovo, an undocumented student and the community and campaign organizer for CT Students for a Dream, does not qualify for DACA, but vows to continue to fight for the dream that will remain a temporary reality for some, if not herself.

“Millions of undocumented immigrants, including me and my family who do not qualify for DACA, will continue to live in fear and at risk of deportation despite DACA. We will keep working to educate our community. Already, we have seen many people contacting us, fearful that DACA is no longer in effect, once they hear the news that the DAPA memo was rescinded.”

CTDOT to Host Public Information Meeting on June 13, 2017, Regarding I-84 Danbury Project
Liberty and Justice for All, Including Those We Do Not Agree With