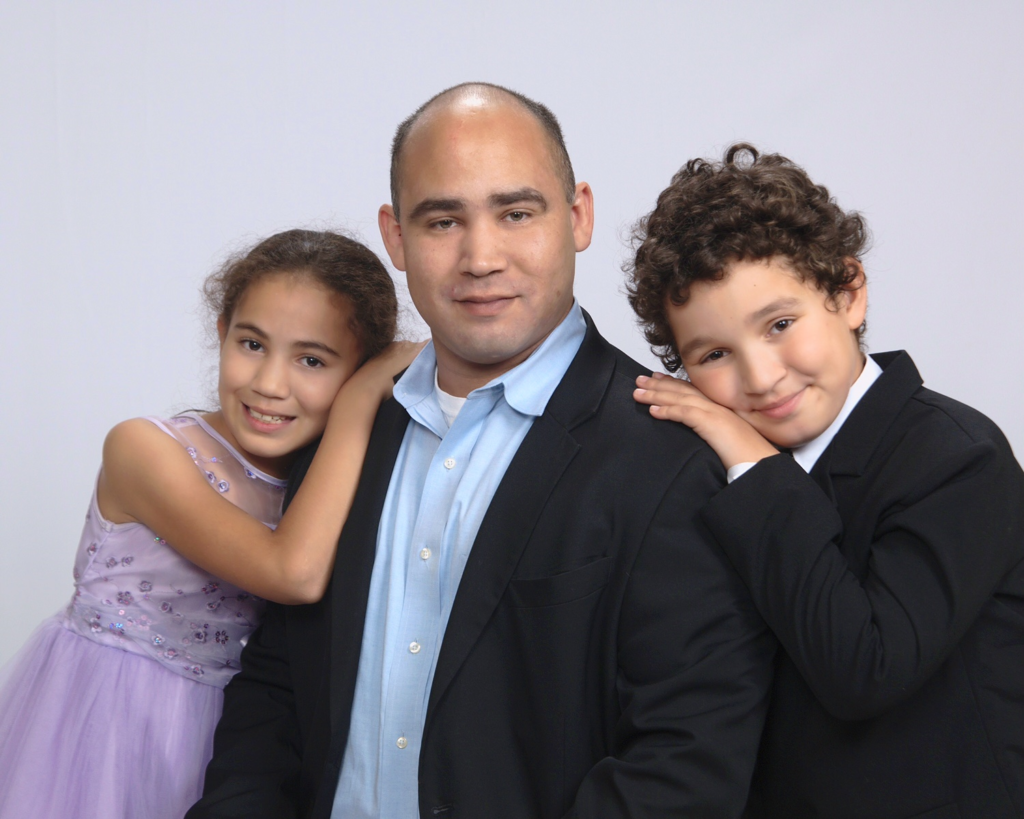 The Story of Dennis Diaz

Our interviewee today is Dennis Diaz, originally from Rio Piedras, Puerto Rico, who came to the United States when he was nine years old.

How was that change for you? “The truth is that it was difficult, because my family was separated for a while. My father came first to work at a tobacco company. He saved enough money and then brought my mother, my brother and me to Connecticut. He wanted to give us a different future; he wanted us to study.”

Did you go to college? “Yes, but for economic reasons, I could not continue. I went through some very difficult times because I had no money to move or pay for my dorm. Financial aid only paid for books and classes. I was studying business and also to be a helicopter pilot. I could not finish so I decided to enlist. I wanted to serve this country and at the time, it seemed to me that being a Marine would open many things that were truly unattainable for me.”

Things like what? “To visit other countries and learn the discipline and values that are taught there. I enlisted as a Marine shortly after I was 18 years old. I was part of the invasion of Iraq. During Operation Iraqi Freedom, I was assigned to Lima 3/7 infantry. Our main mission was to collect information. We also organized and executed several humanitarian missions to rebuild Iraq with the help of the Navy Seals.”

Can you be more explicit? “When it comes to the federal government, what I stated earlier is everything I am allowed to say.”

How long were you a Marine for? “I was active for four years, after which I requested my discharge.”

What did you do then? “At first, it was a little complicated to adjust to a civilian life. I went back to college, but I got sick and when I recovered, I decided that I needed to make money. I looked for a job as a truck driver, which was not easy either because I did not pass the license exam the first time. I worked as a truck driver for approximately three years. That job allowed me to meet many people and change my vision of life. I started to understand the importance of being an entrepreneur. I became responsible for my destiny. With the money I saved, I bought a truck and started a business, in which I not only provided a service with my truck, but also connected drivers with clients and earned a commission for doing so. I also created the non-profit foundation, ‘I.E. Empowerment of Seminars,’ because I feel that I have the mission of helping other young people prepare to be entrepreneurs. We have a series of seminars to achieve this.”

Do you have children? “Yes, I’m father to Luis, who is 10 years old and a 9-year-old girl, Melanie. They are my reason to go on and never give up. Just looking at their faces fills me with happiness. They are the most incredible thing that has happened to me in life. Every year, my children are responsible for establishing and running a campaign to help the homeless. Each year, we donate 12 hours of our time on Thanksgiving Day to serve this cause. I also built a scholarship program for children and youth between 10 and 17 years old, in which they can compete and be awarded with scholarships.”

What would be your final message be? “Studying is very important but only when you do it with a goal and not simply to obtain a degree. We own our destiny and it is our actions that best define us. You cannot be a good person without doing something for others. Do not complain; rather, act and help others.”

María Danniella Gutiérrez-Salem practiced law in Venezuela before going after her own American Dream and becoming a writer in the United States. mdgutier@gmail.com.