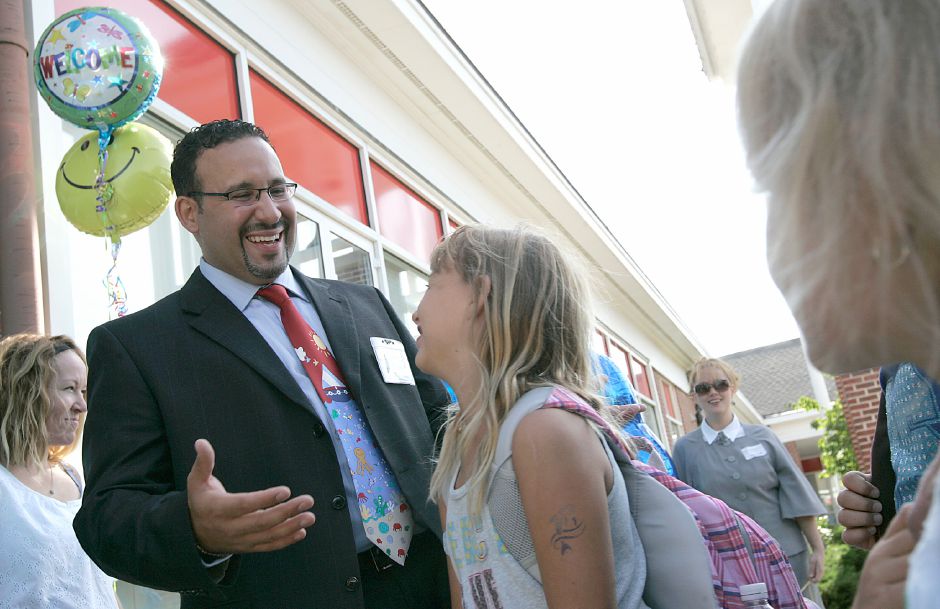 When he was assistant superintendent of schools in Meriden, Miguel Cardona — the state’s new education commissioner — would take new teachers on a tour of the city’s neighborhoods.

He did it because he wanted the teachers to understand the diversity of their students — from those living in half-million-dollar homes to those from housing projects.

“The experience motivated the teachers to get to know their kids better,” Cardona said, “and be more actively involved in the community as new teachers.”

Born in a housing project in Meriden to parents who moved here as children from Puerto Rico, Cardona, 44, believes strongly in family and community as well as in the potential for each child to be successful.

The state’s first Latino commissioner of education recalls being the victim of stereotyping as he was growing up.

“For Latino children from communities that are below the threshold of poverty, you know you’re not typically thinking, the data doesn’t suggest that they’re going to be the next principal of the school … or state education commissioner,” Cardona said. “There were times throughout my youth that I think people had lower expectations than they should have. It just made me… FOR MORE CLICK HERE