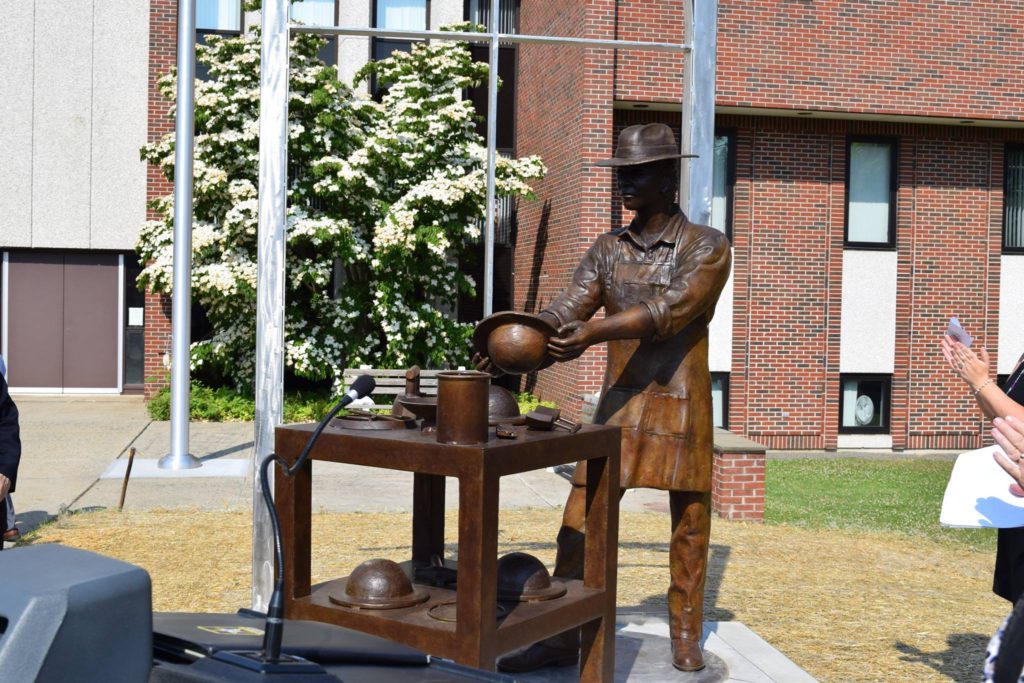 Danbury’s prominent role in the 20th century American hat-making industry was marked by the unveiling ceremony of the Hatter’s Monument on June 20 at Heritage Plaza, led by the City Council’s Democratic minority leader and a member of the Hat City Monument Committee.

The Heritage Plaza is the culmination of various projects at City Hall that celebrate Danbury’s history and cultural diversity. The Hatter’s Monument was erected near the Cultural Garden with the intent of honoring all immigrants who were a vital part of Danbury’s booming hat industry and the reason it became the “Hat Capital of the World.”

On May 16, 2016, Tribuna presented the City of Danbury with a Leadership Award at Tribuna’s American Dream Award for creating the Heritage Plaza, which recently received a new flagpole in the courtyard area adjacent to the Cultural Garden.

The monument was commissioned by the City to serve as a memorial to Danbury’s rich history. The Hatter’s Monument Committee commissioned local artist David Boyajian, an adjunct professor of art at Western Connecticut State University, to design the 14-foot bronze and steel sculpture depicting a hat maker standing by a factory window and creating a model for a hat.

The project has secured funding with the support of Union Savings Bank and the Danbury Museum & Historical Society.

‘It’s a nightmare:’ A growing number of seniors are unable to book vaccine appointments as problems mount. Read mor… t.co/kKAyiNFuoc