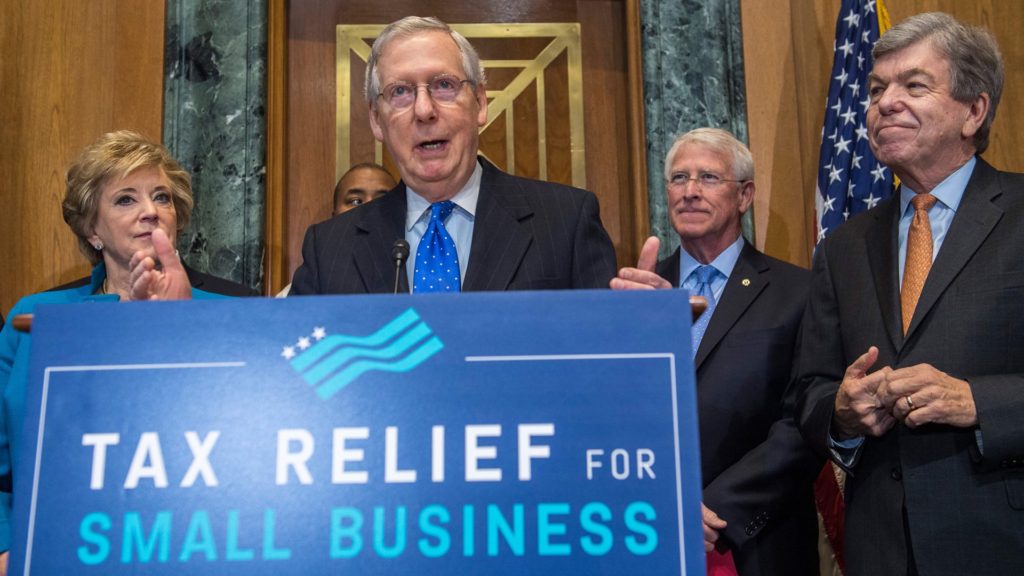 On December 2, the Senate passed a sweeping overhaul of the federal tax code that would end the deductibility of state income taxes and eliminate other popular tax breaks while lowering tax rates for individuals and corporations.

With Vice President Mike Pence presiding over the Senate, the bill was approved on a 51-49 largely party line vote. Sen. Bob Corker of Tennessee, who had concern about the bill’s impact on the deficit, was the only Republican holdout.

The bill’s approval is not the end of the GOP effort to overhaul the tax code. The Senate package must be reconciled with a tax package the House approved earlier this month.

Republican leaders had to tweak the Senate bill in different ways on Dec. 1, to win the support of a handful of wavering GOP senators, and the resulting legislation was released to the public, and Democratic senators, late that night. One change, which had been pushed by Sen. Susan Collins, R-Maine, would allow deductibility of up to $10,000 in property taxes paid.

Sen. Chris Murphy, D-Conn., criticized the process, saying Democrats “were kept out of the loop,” and accused the GOP of “burying the bill in the dead of the night.”

Murphy and Sen. Richard Blumenthal, D-Conn., joined other Democrats in calling the bill a giveaway to the wealthy.

“The idea that you finance a tax cut for the rich…and that it will trickle down, that is not true. You might as well believe that unicorns are real,” Murphy said.

Blumenthal said, “This measure is rotten to the core.”

“It will increase the divisions in our society…and increase economic insecurity,” he said.

Democrats said that, while some middle-class families may receive a modest tax break under the bill, that relief would be short-lived because the lower tax rates for individuals are temporary  TO READ MORE CLICK HERE