Home » News » Racial Disparity in School Discipline to Be Addressed 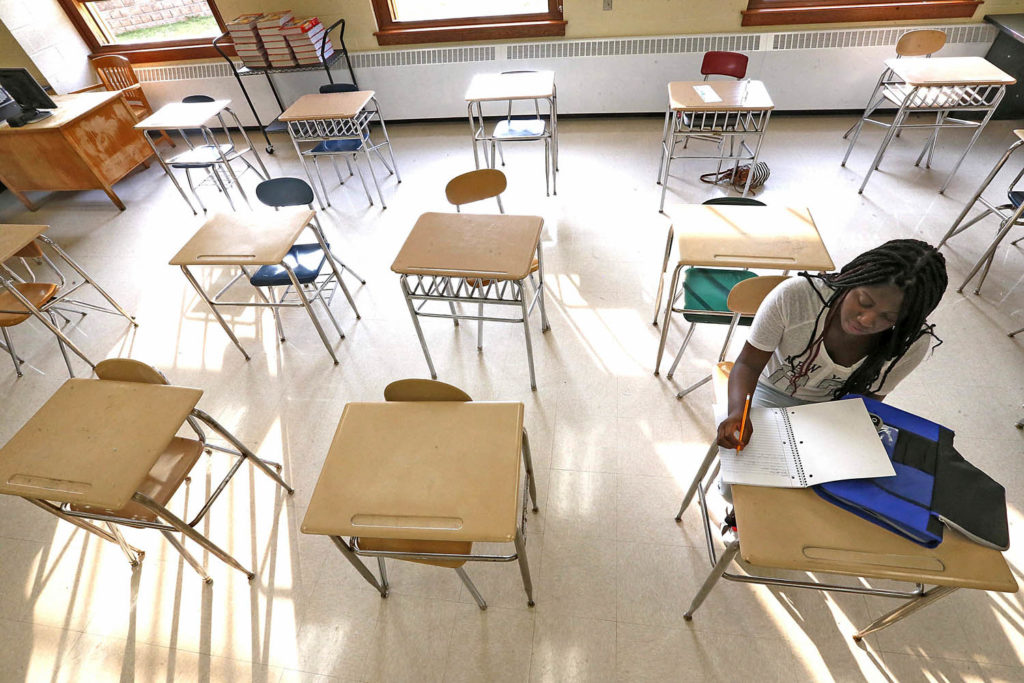 Racial Disparity in School Discipline to Be Addressed

Latino students in Connecticut are suspended from school at twice the rate as their white peers even though they are vastly outnumbered by white students, according to a report released on July 26, by Connecticut Voices for Children.

Latino students also experience harsher punishments for the same behaviors than their white counterparts, leading to more expulsions and lower graduation rates for this population, according to the advocacy group.

These disparities are especially egregious, the report said, when you take into account the fact that white students comprise 54 percent of the state’s K-12 population. Latino students, in comparison, account for 25 percent.

But with the final settlement of Alicia B. vs. Malloy, a case brought against the state in 2015 to address the substandard alternative education offered to expelled children across the state, such inequities could be under closer scrutiny.

Additionally, the state will be required to provide expelled students with individualized learning plans that meet the standards for alternative educational opportunities that were developed, in part, in response to the original lawsuit.

The state has been required since 2017 to provide expelled students with “a full time, comprehensive experience, where the time devoted to instruction and learning is comparable to what the student would experience in a regular environment.”

In order to address the racial disparities, the authors of the Connecticut Voices for Children report believe data must be both more plentiful and easier to access. They specifically recommend that state improve…TO READ MORE CLICK HERE

news
Playing Competitive Youth Football in a Safe Environment
Rent to Own or Save for the Unexpected?