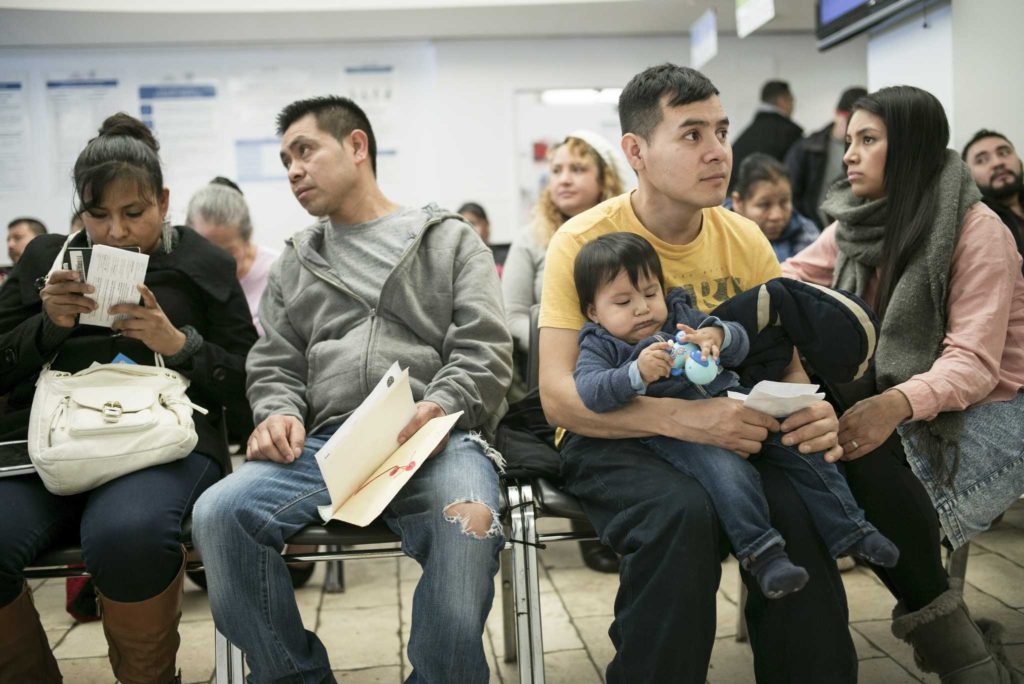 Proactive Undocumented Immigrants Encouraged to Make Plans for the Worse

Immigrants fearing detention or deportation are trying to be proactive and appoint a guardian to look after their children in case they are detained and are unable to care for them.

Randy Capps of the Migration Policy Institute (MPI), a Washington-based non-profit that analyzes the movement of people worldwide, recently told Reuters that while putting contingency plans in place is a good idea, he does not think the level of fear is justified.

“It is my impression that the focus of the enforcement will be on criminals and persons of violent backgrounds, and we should all be reassured that this will make for a safer community for all. There should not be a sense of panic; however, it is always important for parents to be prepared for future events,” said Yamin, adding, “For instance, all parents should have a last will and testament, durable power of attorney, a health care power of attorney, and a living will. In the case of possible deportation, they should also have a standby guardianship, which would allow for immediate care of the child outside of court intervention.”

During the previous administration of President Barack Obama, a Democrat, the likelihood of both parents being deported was slim, Capps said. He doubts there will be a huge shift under Republican Trump toward deporting both parents. “The odds are still very low but not as low as they were – and this is just the beginning of the administration,” he said.

In the second half of 2015, Immigration and Customs Enforcement (ICE) removed 15,422 parents who said they have at least one U.S.-born child, according to ICE data.

Obama was criticized for being the “deporter in chief” after he expelled more than 400,000 people in 2012, the most by any president in a single year. In 2014, the Obama administration began focusing on a narrower slice of immigrants, those who had recently entered the country or committed serious felonies.

Trump has said he would still prioritize criminals for deportation. Danbury has already seen its share of ICE arrests this year targeting individuals with criminal backgrounds.

In the last week of March, in a statement on recent apprehensions in the area, an ICE official also said that the agency routinely reaches out to local prosecutors when aliens in ICE custody also have pending local criminal charges, and that ultimately, it is up to local prosecutors to determine the next steps in the criminal case.

Is standby guardianship the answer for worried undocumented parents?

According to Yamin, a standby guardian is deemed a useful safety plan for undocumented immigrants.

But the Judge explains that in Connecticut, there are four types of guardianship for a child:

“Some of the most crucial benefits of standby guardianship is that it provides someone who can take care of the child immediately upon a contingency, such as deportation,” said Yamin. “It’s a very easy procedure. Parents and guardians can designate a standby guardian ahead of time. The guardianship only takes effect once the contingency takes place, and the affidavit to that effect is signed. No court filing is necessary.”

Who can nominate a standby guardian?

-A parent or legal guardian may use the statute regardless of health status; however, the guardianship only lasts one year from activation or until the triggering event or contingency ends.

How to establish a standby guardian

-Designation must be witnessed and a copy provided to the standby guardian.

How the standby’s authority becomes activated

-Upon the triggering event, the standby must submit a written declaration of facts (affidavit) that the specified event has occurred. NO court filing is necessary. The standby guardianship is effective for one year.

-If the parent dies, the standby guardian remains in place for 90 days; then, he or she can petition for permanent guardianship through the courts.

-As specified in the designation, including, but not limited to, death, mental incapacity or physical debilitation.

Involvement of the non-custodial parent

-If both parents are alive, both must consent, unless either has been removed as guardian or parental rights have been terminated.

Relationship between the parent’s and the standby’s authority

Revoke any time in writing to the standby.

On March 29, Gov. Dannel P. Malloy announced the creation of a “tool kit” for concerned families at a press conference in Hartford. The documents include a standby guardian form, so parents can designate who will take care of their kids if the parents are taken into custody by federal immigration agents.

The Governor said there are an estimated 22,000 children living in Connecticut who are citizens but whose parent or parents are undocumented.

For more information on standby guardianship, or to download the sample form, visit http://www.ctprobate.gov/Pages/ChildrensMatters.aspx.