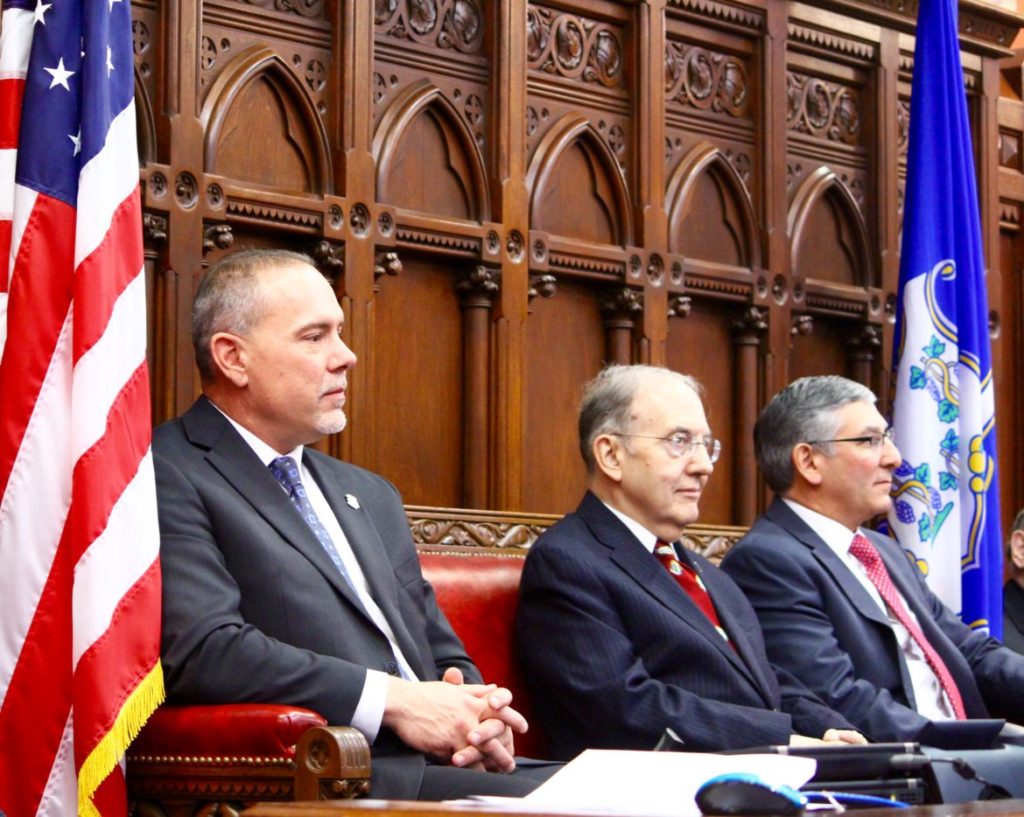 Connecticut’s prospects of enacting a state budget — even a provisional one — before the new fiscal year begins July 1 appeared to slip away late night on June 26 as House and Senate Democrats were unable to agree on a path forward.

After closed-door talks between House and Senate Democrats bogged down over several issues tied to a new two-year budget deal, including a potential sales tax hike and labor concessions, House Speaker Joe Aresimowicz of Berlin notified his fellow Democrats they should not expect to vote on a provisional budget on June 29.

The speaker had asked Democrats, who hold a slim 79-72 edge in the House, to hold June 29 open for a possible budget vote.

Aresimowicz refused to discuss details of the negotiations, but he confirmed that he doesn’t anticipate a budget vote at this time.

Republican leaders already have said they want to focus only on a full budget, and not on any stopgap measure.

“Short of both chambers and both political parties’ willingness to sit down and seriously negotiate a compromise budget for the state, convening a House session Thursday [June 29] will do nothing to move us forward,” Aresimowicz said. “This is the reality of a Senate where responsibility is shared equally between the parties combined with a tight House margin. Without everyone participating in good faith, and leaving behind the political blame game, it appears the Governor will be running the state by executive order for the foreseeable future.”

Aresimowicz said he still has asked House Democrats to come to the Capitol on June 29 to discuss budget issues in caucus.

“I am prepared to sign an emergency certified bill today calling the Senate into session on Thursday, June 29 to vote on the proposed ‘mini budget’ for the first quarter of the fiscal year,” Looney wrote in his statement. “… No one wants the governor to run the state by executive order. I am disappointed by these developments and hope that the Speaker reconsiders his position.”

“Everybody knows that the mini-budget would be better than executive order,” the governor said on June 27. “Quite frankly, in most other states, people would be falling over themselves not to have the governor do what I would otherwise have to do. So it’s kind of perplexing.”

But Aresimowicz said not all Democrats are on the same page about which programs are vital and need to be protected — not just for the three months a mini-budget would cover, but for the next two fiscal years.

“I will continue to fight for and work toward a budget we can all live with,” the speaker said. “… I would rather get it right than get it done in some artificial timeline.”

Aresimowicz said he and the House Democratic leaders on the budget committees would continue to negotiate with other lawmakers and work on a new two-year budget.