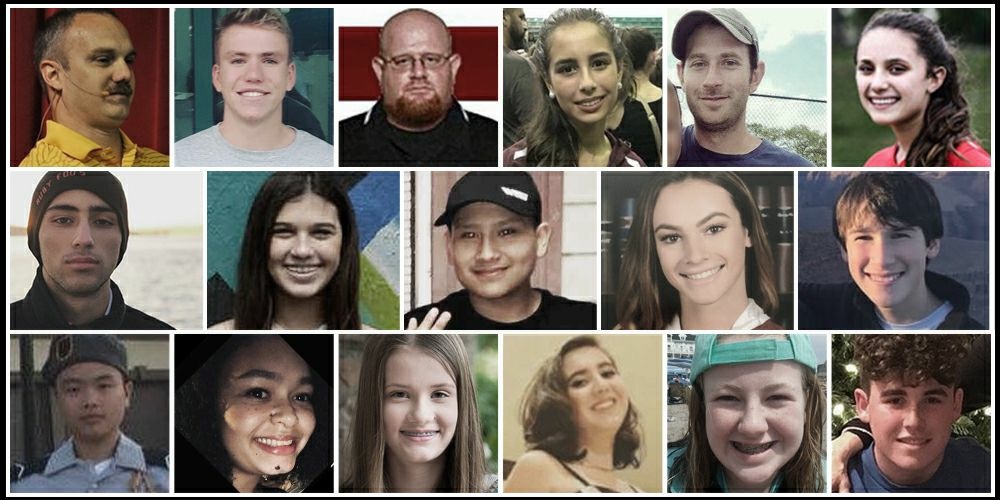 On February 14, Valentine’s Day, Nicholas Cruz, 19, allegedly carrying a black duffel bag and backpack, in which he hid loaded magazines, arrived at Marjory Stoneman Douglas High School in Parkland, Florida, at 2:19 p.m. by Uber, entered the building and pulled out a semiautomatic AR-15 rifle, and “began shooting students that he saw in the hallways and on school grounds,” according to the police arrest report.

Cruz also shot people inside five classrooms on the first and second floors of the first-year student building. He eventually discarded the rifle, a vest and ammunition in a stairwell, blended in with fleeing students and got away, according to details described by the authorities at a news conference on February 15.

According to authorities he has confessed to the shooting.

But forty-five days prior to second–deadliest mass shooting at a public school in U.S. history, all systems failed to protect – the victims, their families and the shooter himself.

On January 5, 2018, a person close to Nikolas Cruz contacted the FBI’s Public Access Line (PAL) tip line to report concerns about him. The caller provided information about his gun ownership, the desire to kill people, erratic behavior and disturbing social media posts, as well as the potential of Cruz conducting a school shooting.

The agency determined that these protocols were not followed for the information received by the PAL on January 5. The information was not provided to the Miami Field Office, and no further investigation was conducted at that time.

“It’s up to all Americans to be vigilant, and when members of the public contact us with concerns, we must act properly and quickly,” FBI Director Christopher Wray stated in a press release, adding, “…We have spoken with victims and families, and deeply regret the additional pain this causes all those affected by this horrific tragedy.”

Mr. Wray, your agency, the Federal Bureau of Investigation, an intelligence-driven and threat-focused national security organization with both intelligence and law enforcement responsibilities, didn’t cause additional pain – it caused ALL of the pain.

It created a system to prevent “this horrific tragedy,” received a warning 45 days prior to it happening and IGNORED it.

Mr. Wray, as head of your agency, you should investigate this matter, find all the responsible parties, terminate their employment, charge them with Failure to Report a Crime under Federal Law (18 U.S.C. section 4) and render your own resignation, in that order.

Unlike Florida, the state of Connecticut mandates background checks, limits clip sizes, prohibits weapons such as the AR15 since 2013, and more.  Is this the be-all and end-all?  No.  But we have to put in place stronger gun regulations than most of the nation.

We have organizations like Sandy Hook Promise, a national non-profit organization founded and led by several family members whose loved ones were killed at Sandy Hook Elementary School on December 14, 2012, with a mission to prevent gun-related deaths by educating and empowering parents, schools and communities on mental health and wellness programs that identify, intervene and help at-risk individuals.

But what good will it all do to protect our children from the next school shooting, if we see something, say something, but no one hears us?