Home » News » Opinion » Who Is Donald Trump When He is Alone? 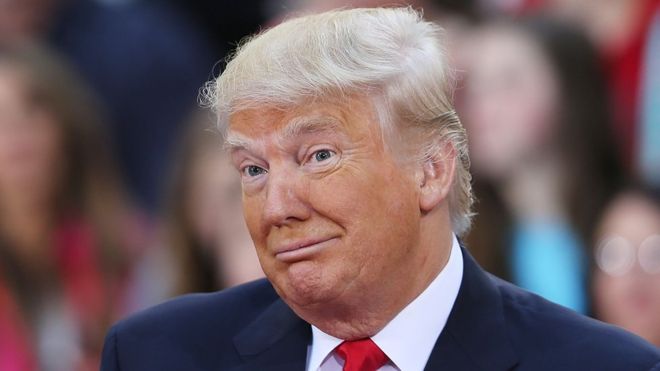 Who Is Donald Trump When He is Alone?

Sitting here and reading Donald Trump’s “plan of action,” I have started to suspect that he might be the biggest “joker card” that the United States has ever seen. It is something new and completely surreal – a magnate who happens to be a great actor and who is now the president of the United States of America.

I neither supported Trump as a candidate, nor did I vote for him this past election. Nevertheless, I give him the benefit of doubt with an open mind, waiting for the first actions of the new administration of the most powerful country on earth.

A feeling has grown inside of me – a suspicion that Trump’s rhetoric and strategic speeches were intended to enthrall the most naïve Americans. Since Trump already has a lot of experience in the entertainment business, such as on his reality TV show “The Apprentice,” among many other media appearances, it is expected that he uses that innate talent to fool innocent people (around the world). I do not believe that the Trump we saw on television was genuine; indeed, I think it was a well-scripted performance by a very competent actor. Now we see Donald Trump acting as Donald Trump – something unusual – as if he was a movie character who at the end becomes a champion.

We came into this world prepared to perform roles and to manage our perception of other people by engaging with them. We came with a mission and goal that if we get along with others, and get ahead of them, that will define who we are socially; it will define our “status quo.” It seems to me that Mr. Trump is way ahead of us, more so than Ronald Reagan, an actor from Trump’s time, before he became president.

Trump gives the impression that he is always part of a movie scene within reality. While people watch him, his actions seem to be premeditated, whether he is in front of a camera or live or amid people. If by nature, every human being is an actor, in Trump’s case, he is a super-human in that ability to perform, which he seems to dominate so well.

On Trump’s campaign trail, he yelled words to his supporters to “dwindle” the strength of the protesters that invaded his rallies. “Get him the hell out of here!” he yelled. “I’d like to punch him in the face.” He emanated hatred against every person who showed opposition – journalists, political challengers and even average citizens that did not support him. He described them as “losers,” singled them out and called them “disgusting.”

While playing his TV character in front of the cameras, we can expect Trump to be arrogant and defend his competitive and narcissistic personality. It was interesting, even bizarre, to see how “extroverted” he was in his last campaign speeches because he wanted to win the audience votes. For an elected candidate, he has a way to do things that is completely out of the ordinary. Is it the strategic stroke of a genius?

At the end of his campaign, his rhetoric changed, becoming more moderate with nuances of progressive ideals such as infrastructure reform, policies to aid the poorest and disenfranchised, as well as veterans and minorities (like African American communities). Unexpectedly, Trump said to black voters: “You live in poverty, your schools are no good, you have no jobs, 58 percent of your youth is unemployed. What the hell do you have to lose?” He concluded: What do you have to lose by trying something new like Trump? What do you have to lose?” This is something that only a few or perhaps no presidential candidate has ever said in the history of election campaigns.

Because of his unpredictable ideological personality, Trump was the “joker card” among the other candidates. You can see that in his dialogs and rhetoric, live as well as recorded, he embodied positions that were conservative, others progressive and some non-classified. He could even be moderate, for instance, when he said, “Now it’s time for America to bind the wounds of division — we have to get together.”

The fact is that Trump can easily change his stand and become very flexible concerning some issues on the national agenda, especially when he says, “To all Republicans and Democrats and Independents across this nation, I say it is time for us to come together as one united people.” That is a positive stance for Trump, which helps him to initiate dialogues with world leaders, members of Congress and people of different political affiliations and positions. But to confront and defend the interests of the United States, and find ways to increase revenue, Trump does not seem to shy away from making decisions that are not popular or risky, which may make him “look bad” and even jeopardize his legacy.

In summary, what I have said about the characteristics of the president-elect expressed through his rhetoric and speeches suggests that Donald Trump could be a highly flammable president. We can paint a portrait of a president who is extremely dynamic, who has dubious relations and who is not terribly cordial to other social and political agents. He also can be an energetic and enthusiastic man. He can possibly be daring, or brutally aggressive, in his way to make decisions as he desperately tries to create a more prominent, bright, strong and impressive version of “The American Dream,” which will reflect in the results of his administration. All of that occurs without hesitation about the consequences and collateral damage that his choices may engender. Rude, threatening, explosive, astute, tough – Donald Trump is the kind of man that can pack a stadium – only with his presence.

The most interesting of all? Is it possible that Trump can change the country with his unique and peculiar administration? Perhaps, the inverse may happen with unimaginable outcomes. Either way, his plan of action will begin in the next months, and I believe that it will be very different from his campaign rhetoric, which resulted in an unexpected impact on the “establishment.” It will be very interesting to witness the possible and impossible directions the United States of America may take.