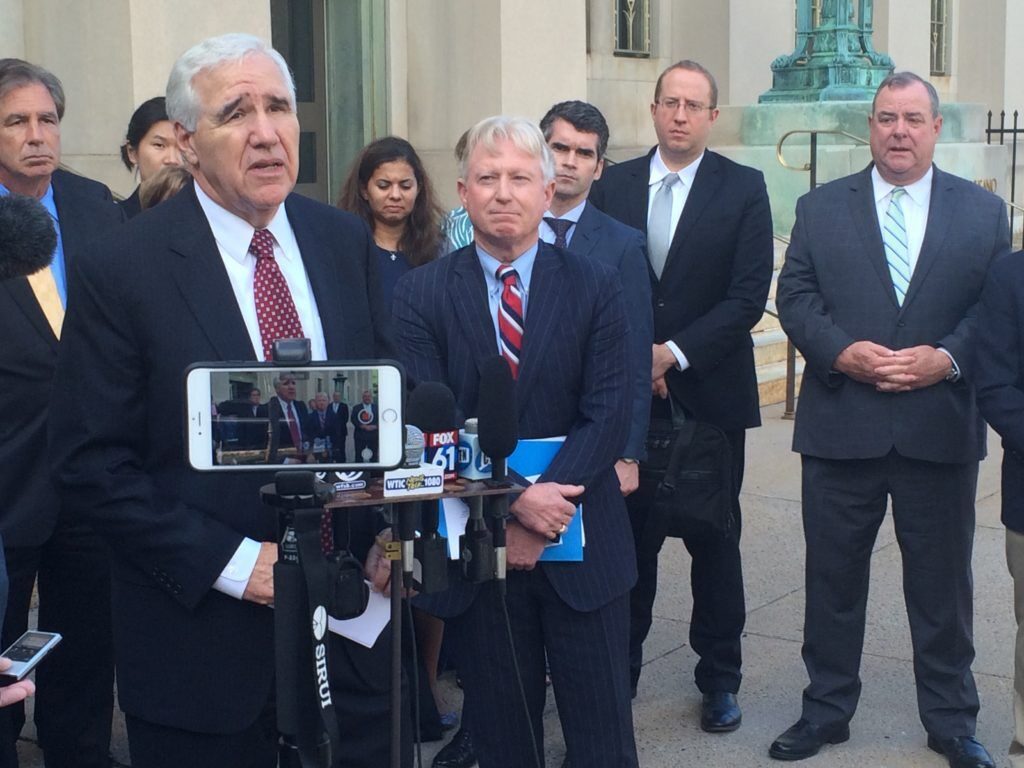 In his decision on September 7 in Connecticut Coalition for Justice in Education Funding (CCJEF) v. Rell, Connecticut Superior Court Judge Thomas Moukawsher made a lengthy, wide-ranging ruling on education and equity in our state.

At the heart of Judge Moukawsher’s historic ruling is the affirmation of what educators, parents, students and community leaders have been saying for nearly four decades—Connecticut’s school finance system is irrational, inequitable and illogical. We can now add unconstitutional to that list.

For nearly four decades, our state has attempted to create equitable school funding through a series of inconsistent fixes and flawed formulas. This approach has led Connecticut to, “[b]eyond a reasonable doubt” as Judge Moukawsher writes, “default on its constitutional duty to provide adequate public school opportunities because it has no rational, substantial and verifiable plan to distribute money for education aid.”

Connecticut’s failure to create a “rational, substantial and verifiable” school finance system is not a new problem nor will it be an easy challenge to solve. Our state currently funds public schools through a tangled knot of 11 different formulas that even the best Eagle Scout would struggle to make sense of. One of those formulas, the Education Cost Sharing (ECS) formula—the state’s main education equalization aid grant—hasn’t been faithfully used in years and has left communities and districts with a system of unpredictable block grants. And, although not direct at issue in this case, Connecticut uses an additional 10 funding formulas to fund public school choice programs, further adding to the irrationality of the school finance system.

More importantly, none of Connecticut’s current funding methods is based on the needs of students and the schools that serve them. As Moukawsker noted in his ruling, the State of Connecticut “cannot meet its educational duties under the constitution without adhering to a reasoned and discernible formula for distributing state education aid. That formula must apply educationally-based principles to allocate funds in light of the special circumstances of the state’s poorest communities.”

If Connecticut is truly going to fund its public schools in a “rational, substantial and verifiable” way, we can no longer retreat to short-term fixes or be complacent with a “revamp” of the ECS formula that does not address the fundamental problems with the state’s school finance system. Connecticut’s students and communities deserve more than a system that may or may not pass constitutional muster; they deserve a system that provides each and every one of them with resources and opportunities for success.

As our organization has traveled across the state over the past year speaking about school finance and meeting with parents, students, educators, legislators, local officials and interested community members, one point in particular has rung loud and true in every community no matter the town’s size, wealth, demographic makeup or location—Connecticut needs a school finance system that makes sense.

The goal of Connecticut’s school finance system shouldn’t be to simply meet the minimum constitutional requirement. The goal should be an equitable, predictable and consistent system for how our State allocates more than $2 billion in education funding. This is not an ideological, partisan or legal goal – – it’s just good governance.

To achieve the school finance system that will provide all students with the resources they need to succeed, and that our schools and communities desire, Connecticut must implement a system that uses a formula to fund all students fairly; allocates funding based on student learning needs; distributes education dollars in a way that is consistent, predictable, efficient and transparent; and meets the needs of communities and the state’s budget. A school finance system based on these four principles not only clears the constitutional bar, it clears a path to opportunities for Connecticut’s students who have—for far too long—faced a system of roadblocks.

While possible appeals to the Connecticut State Supreme Court may alter the decision, the challenge for our state and its policymakers will not. It’s the same challenge Connecticut has faced for decades: achieving a logical and equitable school funding system. As Connecticut faces tough budgetary decisions, increasing student needs and significant inequity across the state, we cannot continue to push fixing our school finance system further down the road.

We know the challenge before us. Now let’s go meet it.

Katie Roy is the director and founder of the Connecticut School Finance Project, a nonpartisan, nonprofit organization working to identify solutions to Connecticut’s school funding challenges that are fair to students, communities and taxpayers. The organization is not affiliated with the Connecticut Coalition for Justice in Education or any of the plaintiffs in the CCJEF v. Rell case.