Home » News » Opinion » Editorial » For the Trump Administration to Know, and for the American People to Find Out 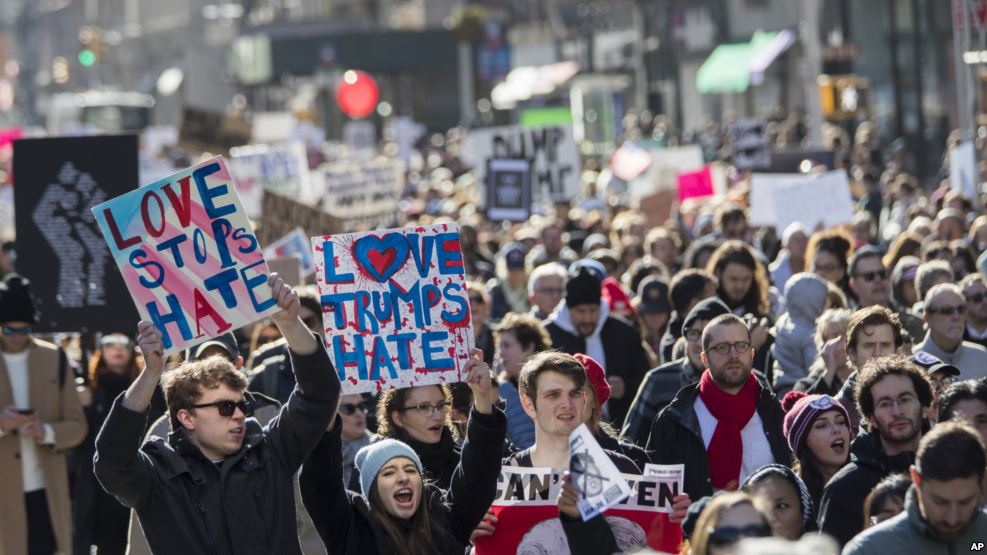 For the Trump Administration to Know, and for the American People to Find Out

U.S. President Donald Trump’s promise to “keep America safe,” is bound to reach well beyond the Muslim world, affecting global businesses, universities and tourism — in essence all LEGAL immigration, before giving us a plan to address illegal immigration beyond a border wall.

His draft proposals, along with an executive order on Jan. 27 halting travel from seven Muslim-majority countries and suspending the country’s entire refugee program, promises to remake America’s immigration rules, including those covering H-1B work visas and tourist visas.

University of California Davis researchers say H-1B workers across all professions generated 10 to 20 percent in annual productivity growth, adding $615 billion to the U.S. economy between 1990 and 2010. But the tech world reaction is also personal, according to a report by the National Foundation for American Policy (NFAP); people born outside the country have founded more than half of America’s private start-ups valued at $1 billion dollars or more.

Trump has also imposed tough new conditions for the vetting of visitors from most countries in the world, including places such as Brazil.

Brazilian travelers who were to renew their visas in the same category (tourist to tourist, H-1B-H-1B) within 48 months after the due date were exempt from an in-person interview at an U.S. embassy.

Also, people between 14 and 15, and older adults between 66 and 79, who requested visas for the first time, were exempt from the interview, but now they must have one.

The president has also directed the relevant Cabinet agencies to review the vetting process involved for citizens from all countries where visas are required to travel to the United States, to make sure that those countries are providing enough information to help review the visa applications.

Countries that the Trump administration decides are not offering enough information will be told to do so. If they don’t step up their cooperation, their citizens will be prohibited from traveling to the United States.

Because visa programs are supposed to be reciprocal, many of the affected countries could decide to take their frustrations out on American travelers.

“The government of the United States is committed to facilitating legitimate travel for international visitors and at the same time ensuring the safety of its borders,” said the U.S. Embassy in Brazil, in an official statement.

That we can all agree on – legitimate travel and safety at our borders. But the missing piece is being mindful of the crucial role immigration plays in our economy and in the personal lives of millions of Americans. As President Trump overhauls the legal immigration system, what will happen to the undocumented community in the United States?

At the latest White House press briefing, the ambiguity of the Trump administration continued. And we have quickly learned in these past few weeks that the motto of his administration will be “It is for us to know, and for the American people to find out,” whether supporters or the opposition.

Via Skype, Dale Jackson from WVNN Talk Radio in Huntsville, Alabama, asked a very specific question to Press Secretary Sean Spicer as he thanked him for taking questions “from outside the elite media bubble”: “Donald Trump made this the forefront of his campaign, the foundation of it, yet the DACA and DAPA programs still exist. And I learned from a member of Congress yesterday that the Trump administration is still issuing the work permits to those individuals. Question one is, when are these programs going to be ended? And question two, when will they stop issuing work permits to these individuals?”

Mr. Spicer replied: “We are reviewing these programs. We’ve made it very clear that we’ll have further updates on immigration referring to DACA and DAPA. The president has made significant progress on addressing the pledge that he made to the American people regarding immigration problems that we face, and I think we’re going to see more action on that in the next few weeks.”

I think so too, and we can only hope that at some point the Trump administration will begin to look out for the interest of ALL in America regarding the immigration problems that we face.