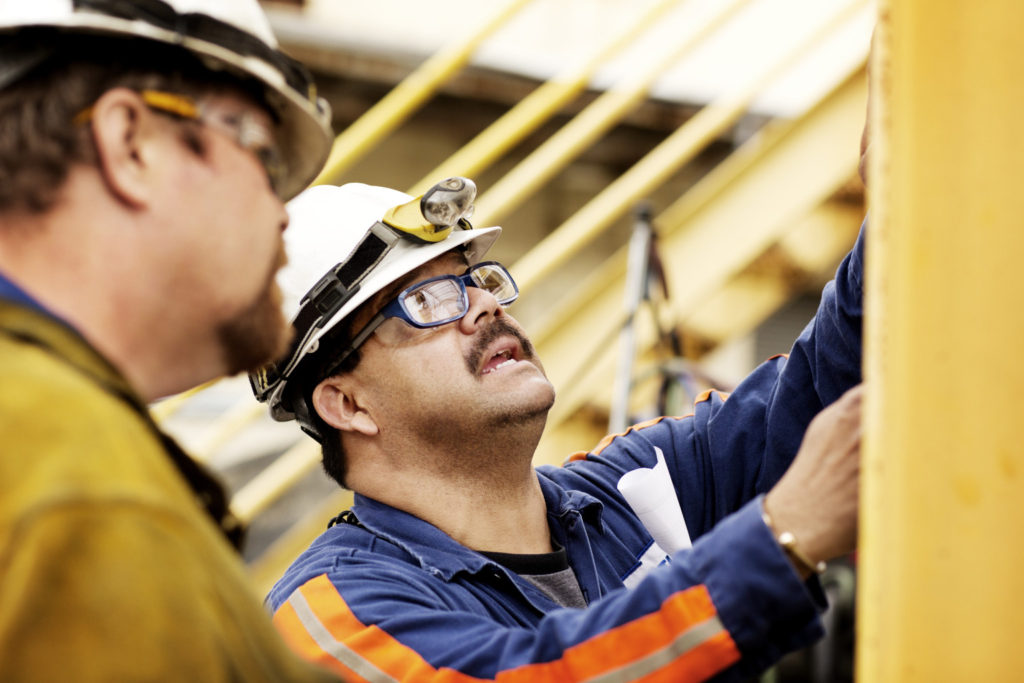 In Connecticut, if you need a software developer or someone to paint your house, most likely an immigrant will get the job.

For those dining at a restaurant, there is a one in three probability that the food will be prepared by a foreign-born cook using vegetables raised and harvested by immigrant workers.

There is also a good chance that the doctor who treats you was trained abroad and that the health aide who cares for you is an immigrant.

A new Connecticut-specific report states that foreign-born residents make up 14 percent of the state’s population, have earned nearly $19 billion, or 13.8 percent of all income produced by Connecticut residents. This total includes $2.6 billion for Hispanic immigrants and approximately an equal amount for a diverse undocumented population.

These indicators of the growing role of Connecticut’s half-million immigrants, a group which includes more than 136,000 Latinos, are spotlighted in the new study, entitled “The Contributions of New Americans in Connecticut,” released on August 3 by the Partnership for a New American Economy (NAE), an organization comprised of Democratic and Republican mayors and business leaders.

The Connecticut report is one of 51, one for each state and the District of Columbia, which NAE is rolling out to kick off a national Reason for Reform campaign in all 50 states to urge Congress to take action on immigration reform.

Connecticut Students for a Dream (C4D), a statewide group of advocates for the rights of undocumented immigrants, is participating in both the national day of action and the showcasing of the new Connecticut-specific report at a gathering of local leaders from Bridgeport this month.

The most important part of this study, for Carolina Bortolleto, a leader of C4D, “is that it highlights and proves undocumented immigrants are crucial to the social fabric and economic well-being of our communities and this country.”

This CT Day of Action also was organized as an opportunity for all immigrants to share their story and contributions to the state, Bortolleto noted.

“The Contributions of New Americans in Connecticut” provides the statistical side of this story. The report examines statistically how the immigrant population, now some half million strong as compared to 290,000 in 1990, has achieved a critical economic mass commensurate with its size. A big part of this story is how immigrants are pumping up the housing market, starting hundreds of new businesses and playing key roles in the high-tech and medical workforce.

In addition, Connecticut’s immigrants paid $5.1 billion in taxes, or close to 14 percent of the total share. They also contributed $491 million to Medicare and $1.8 billion to Social Security.

The NAE research team developed most of the information used in the report from the 2014 American Community Survey and various other statistical sources.

Most figures focus on Connecticut’s total immigrant population. However, the study does break out income and tax contributions for Connecticut’s Hispanic immigrants in 2014. The foreign-born Hispanics produced total income that exceeds $3.5 billion, and paid $505 million in federal taxes and $336 million in state and local taxes.

The report does not break down the composition of Connecticut’s immigrant population but the Census Bureau indicates the source of the foreign born as 31 percent from Europe, 23.3 percent from Asia, 3.6 percent from Africa and 42.1 percent from Latin America, with Jamaica included.

Although Asian immigrants, in total 108,000 according to the Census Bureau, were less prevalent than those from Latin America and Europe, they had a significantly higher total income, $5.3 billion in 2014. This group includes people from India, China, Korea, Vietnam, Cambodia and Pacific Islanders, but not those from Middle East countries such as Iran, Iraq Israel, Lebanon, Syria and Palestine.

There also are some positive figures related to the state’s undocumented immigrant population, which the report estimates at 108,000 people and includes Latinos and others. This group reportedly earned about $3.1 billion in 2014, and paid more than $145 million in state and local taxes and $252.7 million in federal taxes.

In terms of its undocumented population, the report also does not give a specific country of origin, but a study by the Migration Policy Institute indicates that unlike California, Texas and other large states where the undocumented are overwhelmingly from Mexico, in Connecticut, which ranks 19th overall, this group is more diverse. Mexico and Guatemala each comprise 17 percent and there are significant immigrations from Ecuador, Brazil, El Salvador, India, Jamaica and China.

The type of occupations immigrants pursue varies widely. While many foreign-born workers are concentrated in the  accommodations industry, waste management, landscaping and household employment, the report points out that immigrants also represent 58 percent of Connecticut’s software developers, 51 percent of painters, construction and maintenance workers, 33 percent of cooks and 21 percent of the state’s entrepreneurs.

The report also looks at the health care industry, which is being impacted by the growing number of elderly and is expected to need many new workers. Immigrants are helping to fill the needs for nursing, psychiatric and home health aides, and currently comprise 30 percent of that workforce, the report notes.

In addition, the study looks at the source of doctors and psychiatrists and says that “in 2016 nearly one in three physicians in Connecticut graduated from a foreign medical school, a likely sign they were born elsewhere.”

The housing market, the report says, is being bolstered by immigrants “buying the wave of homes coming on the market as baby boomers retire.” Over the last four years, 17 percent of the homebuyers were foreign born. In 2014, there were 116,000 immigrant homeowners and foreign-born households paid 21.9 percent of the rents paid by Connecticut households.

Immigrants generally have been found to be more entrepreneurial than the U.S. population as a whole, the report states. In Connecticut, 21 percent of the entrepreneurs are immigrants, 36,000 immigrants are self-employed and own businesses that generated $1.1 billion in income in 2014 and employ more than 73,000 people, the report notes.

This 42-page study also includes information about naturalization rates, including that 48 percent of Connecticut immigrants are citizens, compared to 47 percent nationally.

There also is a growing demand from employers in cities such as Hartford, Stamford and Danbury for visas to sponsor high-skilled workers in computer occupations. Since making these applications can be cumbersome and costly, the report concludes that Connecticut employers in 2014 were having trouble filling positions from the U.S. workforce.

Moreover, the report says that immigrants were 26 percent more likely to work than native-born Connecticut residents because of the age differential. Also, foreign-born made up 14 percent of the state’s population but 17 percent of the employed.

In regard to undocumented immigrants, the Partnership for a New American Economy report cites a study that found 86.6 of undocumented males in the country were employed in 2012 and 2013. “This suggests that most immigrants who come here illegally do so because of work opportunities,” the report says.

“In some sectors, such as agriculture, undocumented immigrants account for 50 percent of workers,” Bortolleto said. “We are a critical reason why the industry is able to thrive in the U.S.”

C4D, which includes Latinos as well as non-Latinos, will post the report online at www.ct4adream.org and share it with the Connecticut congressional delegation, Bortolleto said.

“This article has been edited and republished with permission of CTLatinonews.com, a news website covering Latinos & Latino issues in Connecticut. For read the article in its entirety visit www. ctlatinonews.com/ .”

What Do We Want To Change? (Part II)
Taste of Danbury Turns 30!