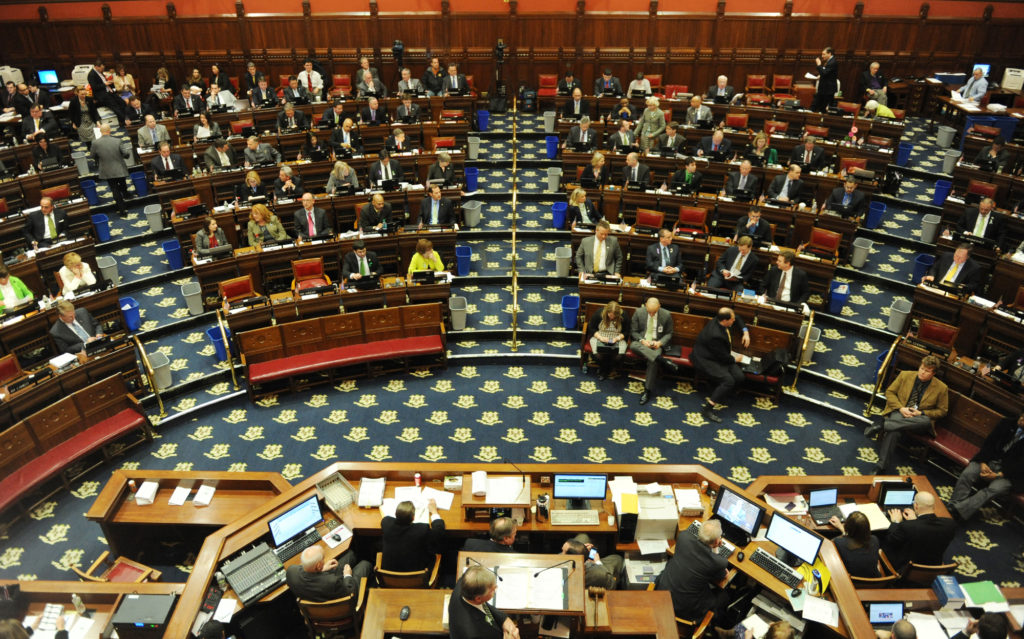 With partisan feuding providing the final push on December 14, the state legislature now will come into session between Christmas and New Year’s Day to reverse an unpopular cut to a social services program for poor seniors and the disabled.

The Senate Democratic Caucus submitted the final signatures needed Thursday to force a special session between Dec. 24 and Dec. 29 to restore funds to the Medicare Savings Program, which uses Medicaid funds to help pay medical expenses that Medicare doesn’t cover.

But legislative sources said no session would be scheduled on Dec. 24 or 25 because of the Christmas holiday.

The 17 signatures of Democratic senators sent to Secretary of the State Denise Merrill’s office caps a strange week of battling over the savings program and the state budget deficit.

“The Medicare Savings Program helps many seniors and residents with disabilities make ends meet,” said Senate President Pro Tem Martin M. Looney, D-New Haven. “It is important that we reach a bipartisan consensus to restore the Medicare Savings Program just as it is critical that we continue our bipartisan work on a deficit mitigation package to bring the budget back into balance.”

Democratic and Republican leaders in both chambers originally agreed to come into session on Dec. 19 — but only to restore the roughly $54 million needed to cancel new restrictions that could reduce or eliminate benefits for an estimated 113,000 poor seniors and disabled residents by late February.

They did not plan to address the projected $208 million state budget deficit until January.

The quickest way for the legislature to return would be a summons by the governor. But Gov. Dannel P. Malloy wasn’t interested in a session only to address the social services program and not the deficit.

Legislators began to petition themselves into session. The two House caucuses earlier this week submitted more than the 76 signatures needed to bring the 151-member chamber into special session.

cover news
New Year: What Am I Making of Myself?
State-of-the Art Orthopedic Center is Now Open in Danbury