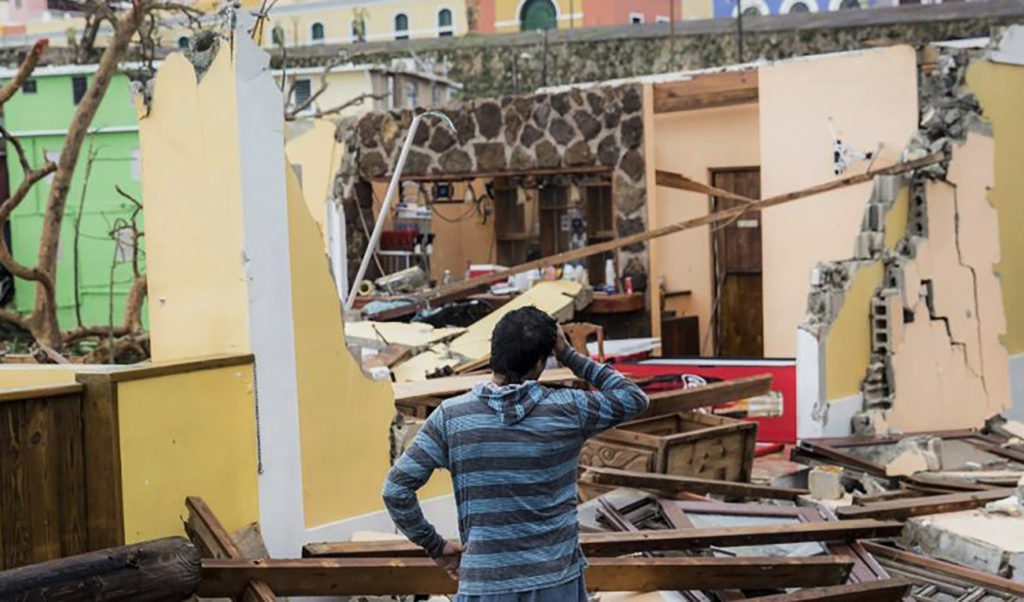 View this story in: Português, Español

“Puerto Rico se levanta” was the theme for the speedy response to the tragedy of September 19, 2017, when category 4 Hurricane Maria destroyed the U.S. island territory of Puerto Rico, leaving residents suffering from loss of lives, homes, water, lights and communication signals. The hurricane has prompted mainland relief initiatives from community advocates across Connecticut. Many fundraisers have taken place in major cities such as Hartford, New Haven and Bridgeport. Political, clergy, business and community leaders have united to create action plans for ongoing fundraising, in order to send essential survival items and money to Puerto Rico. In a CNN report, the Governor of Puerto Rico, Ricardo Rosselló, said, “The nation faces a humanitarian crisis.” 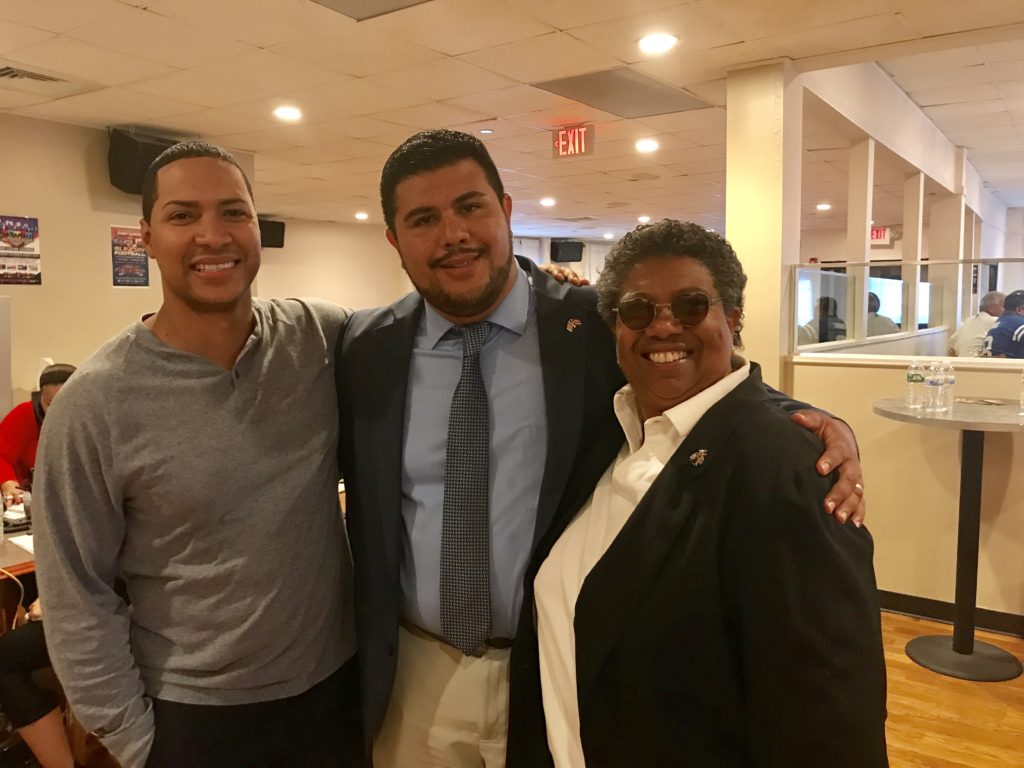 In Bridgeport, on September 22, Lisette Colon, a longtime community organizer, along with Alina Gutierrez, business owner of Sazon y Mambo, held a community meeting where over 100 attended to discuss fundraising initiatives to help Puerto Rico’s municipalities with providing aid to hurricane victims. Among the many community members involved was Joseph Rodriguez, Deputy State Director at the Office of U.S. Senator Richard Blumenthal, who provided an update on Puerto Rico’s condition, along with State Representative of Bridgeport, Christopher Rosario, and Deputy Speaker, Juan Candelaria, State Representative of New Haven. The result was the establishment of the organization, CTBPT United for PR, of which Gutierrez is President. The organization received the support of the City of Bridgeport and other community entities, including the Greater Bridgeport Latino Network. Colon said, “We are putting our boots on the ground, and using grassroots efforts for key resources, to make sure every penny and dollar reaches our people on the island.” On Sunday October 1, CTBPT United for PR held a radio telethon at Sazon y Mambo on Main Street, where volunteers answered telephones, collecting monetary donations, while others were lined up outside collecting funds and a list of essential items. Donations will continue to be collected throughout the year.

In New Haven, on Saturday, September 30, there was a fundraising concert at Quinnipiac River Park on Front Street, which was organized by the newly formed organization: New Haven for Puerto Rico, a coalition of Puerto Rican leaders and nonprofits including Arte, Inc., the New Haven Latino Council and PRU- Festival Puertorriqueño. Joseph Rodriguez and Juan Candelaria are involved with the organization, and Mayor Toni Harp is a supporter. The organization began receiving monetary donations on their GoFundMe page, as well as essential items that were dropped off at area churches. In addition, donations were received onsite and throughout New Haven on the day of the concert. A stage platform was used for musical and dance artists to perform, in addition to state and local politicians reassuring community members that they were committed to helping those on the island of Puerto Rico. Among those present was U.S. House of Representative, Rosa DeLauro, who delivered a strong heartfelt message, stating “The federal government should not skip one beat. We should be there making sure that the hospitals are running, that the roads are clear, so we can distribute the food, the medicine and whatever services they need…They are American citizens.”

The next fundraising event was held on Friday, October 6, at the Greek Olive Restaurant, 402 Sargent Drive, New Haven, from 5pm – 10pm. 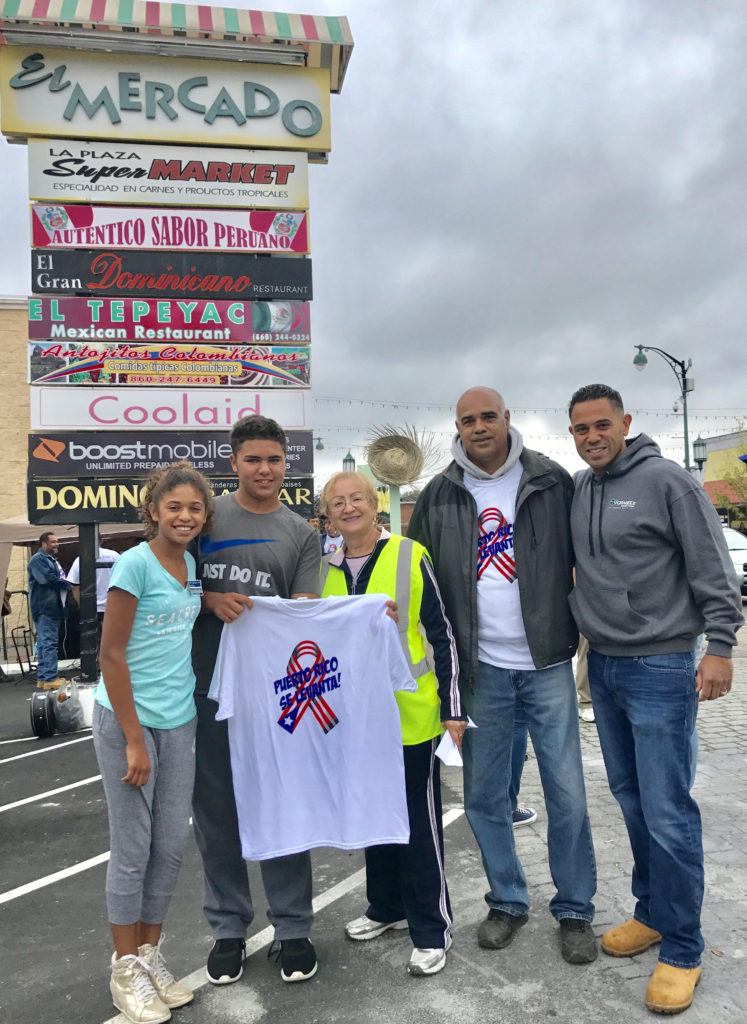 In Hartford, on Saturday, September 30, a fundraiser took place on Park Street, in the parking lot of El Mercado Marketplace in the Frog Hollow section. The event was organized by State Representatives Minnie Gonzalez, Angel Arce and Edwin Vargas, representing Latino Legislators for Puerto Rico. There was a table with volunteers collecting monetary donations from people who were stopping by, as well as volunteers representing the Department of Public Works, who were lined up and down Park Street collecting funds from cars and pedestrians. Among those stopping by was Rodney A. Butler, Chair of the Mashantucket Pequot Tribal Council, who arrived with his son and daughter, saying his donation was “in the spirit of the tribe.”

There was a united theme expressed by the leaders, namely that they were supporting the events of the organizations in other cities, and many of the same people attended fundraisers in each location. All of the organizations stated that fundraising will be ongoing, because of the high costs associated with reviving Puerto Rico.