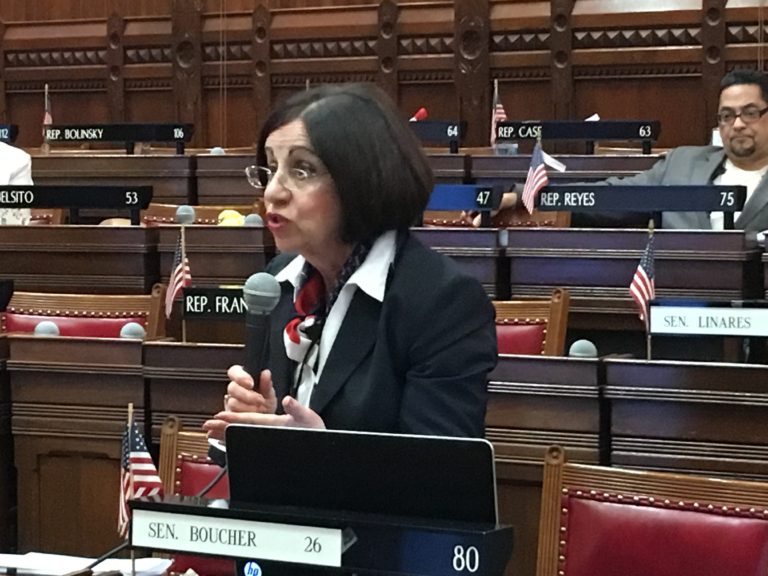 Progressive Democrats in the General Assembly pushed back on March 23 against the state’s new fiscal stability panel, charging its recommendations shortchange key priorities, like poor cities, education and social services.

Meanwhile, the leaders of the Commission on Fiscal Stability and Economic Growth conceded they were limited by severe time constraints. But co-chairs Robert Patricelli and Jim Smith also asserted the best way to invest in all of these priorities is to end the cycle of state budget deficits and jump-start a lagging economy.

The co-chairs participated on March 23 in a marathon public hearing in the Hall of the House, answering questions from members of four legislative committees: Appropriations; Commerce; Finance, Revenue and Bonding; and Planning and Development.

“I’m only seeing sacrifice from the same people over and over again,” said Rep. Robyn Porter D-New Haven, who charged the recommendations threaten to worsen an income inequality trend of historic proportions. “When do we strike a balance?”

According to several nationally recognized policy think-tanks, income inequality in the United States is at its most extreme since 1928, just before the stock market crash that launched the Great Depression. And New York and Connecticut spearhead that trend, with the wealthiest 1 percent of household…TO READ MORE CLICK HERE