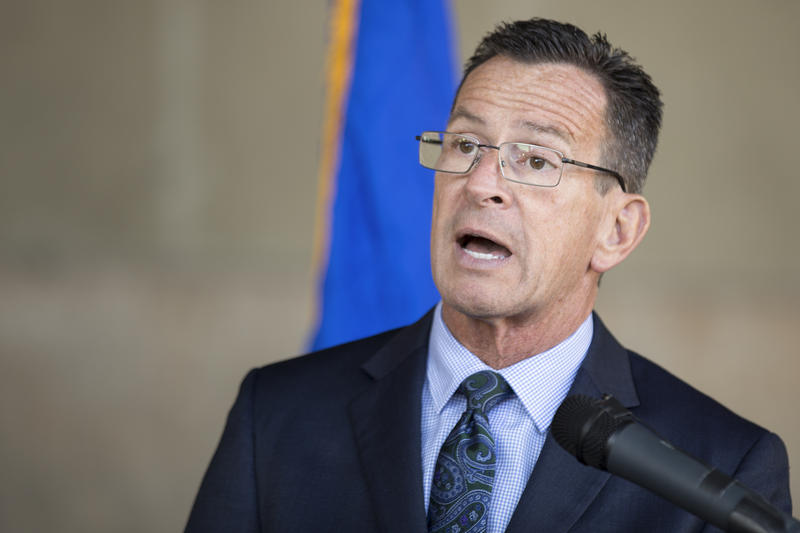 But if initial Republican responses are any indication, the governor’s decision won’t deter the GOP from making the 2018 race a referendum on Malloy’s record.

“I’ve obviously had to consider what the future might look like for myself and my family, for the Democratic Party, and for our great state,” the governor said as he made his afternoon announcement in a Capitol hearing room.

And while that was the only portion of Malloy’s prepared remarks that referenced the Democrats’ hopes of retaining the governor’s office in 2018, others said the timing of the announcement spoke volumes.

The regular 2017 General Assembly session doesn’t end until June 7, and there has been open speculation on both sides of the aisle that the next state budget won’t even be resolved by then.

Major deficits totaling $3.6 billion are projected for the next two fiscal years combined, concessions talks between Malloy and unions still haven’t borne fruit after several months, and a sharp partisan divide has paralyzed the legislature much more than in past years.

So why would Malloy make himself a lame duck now when he could discuss his political future in July or this fall?

“It was a pretty unselfish move on his part,” said political consultant Roy Occhiogrosso, a friend of the governor’s and key coordinator of Malloy’s successful 2010 and 2014 campaigns.

To qualify for public financing, gubernatorial contenders must raise $250,000 in small contributions — no more than $100 per person – with the bulk coming from in-state residents.

Occhiogrosso said the average qualifying contribution to the 2010 Malloy campaign was about $65.

“Believe me, it is a daunting task,” Occhiogrosso said, adding that the timing of the governor’s announcement “makes a big difference” for the 2018 Democratic gubernatorial field.

Malloy, who is 61, is making his decision far earlier than previous governors.

“I think all of this time helps,” said New Haven Democratic City Chair Vin Mauro. “It’s not an easy process, to do a statewide run.”

New Haven played a key role in both of Malloy’s election wins.

The Democratic field is wide open.

Occhiogrosso said Lt. Gov. Nancy Wyman, a former state comptroller and state representative, “has a leg up, should she choose to run. She is probably the most popular politician I have ever known, for good reason.”

Wyman, who stood by the governor during his announcement on April 13, hasn’t announced her plans, and Malloy wouldn’t speculate on them … FOR READ MORE CLICK HERE