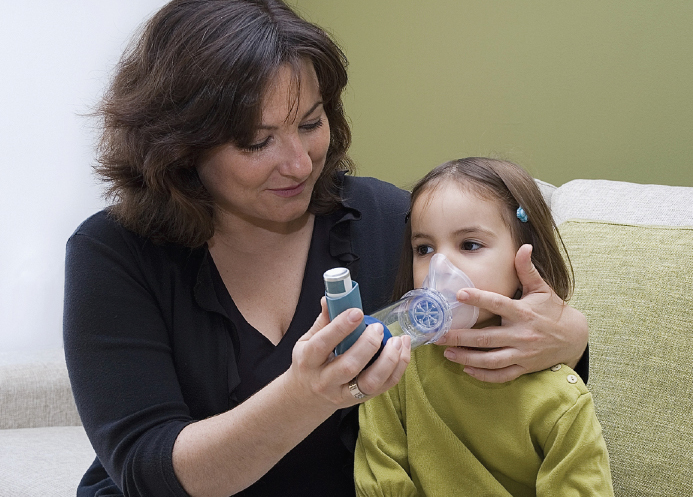 A coalition of medical organizations representing over half of American physicians launched a campaign yesterday to alert policymakers and the public to the dangers climate change presents to public health.
“Doctors in every part of our country see that climate change is making Americans sicker,” says Dr. Mona Sarfaty in a statement.
Sarfaty is director of a new coalition of doctors, called the Medical Society Consortium on Climate & Health, and a professor at George Mason University in Fairfax, Virginia. “Physicians,” she says, are on the frontlines and see the impacts in exam rooms. What’s worse is that the harms are felt most by children, the elderly, Americans with low-income or chronic illnesses, and people in communities of color.”
The Consortium on Climate and Health’s new report, which is based on peer-reviewed reports, outlines the myriad ways climate is already worsening health, including causing asthma and other respiratory diseases.
The increased spread of insect-borne diseases such as the Zika virus and Lyme disease more commonly found in the tropics is another risk, the report says.
Seven in 10 Americans believe that climate change in happening, according to the Yale Program on Climate Change Communication. But just over half of Americans believe that climate change is already harming not only public health but others areas as well. This is where physicians can play a role, says Dr. Aparna Bole, a pediatrician at University Hospital of Cleveland, Ohio.
“There is great consensus in scientific, public health and medical literature that acting on climate change is one of the greatest, if not the greatest, public health opportunities of our time,” Dr. Bole says. “As a pediatrician, I am interested in safeguarding the health of all children. In order to that, safeguarding a healthy environment is critical.”
Children are among the most vulnerable to the health impacts of climate change, she says, partly because their respiratory rate is faster than that of adults, making them susceptible to poor air quality. Increased risks for infectious disease and extreme weather can be even more damaging when they happen in the critical developmental years.
“The WHO (World Health Organization) estimates that 80 percent of the health burdens of climate change will fall on children under [age] five,” Dr. Bole says.
Asthma tops the list of climate health woes in many communities already suffering in disproportionate rates, such as in Cleveland, where one in every five African American children has asthma. Many of these children are Dr. Bole’s patients, and in caring for them, she says she is already observing the impacts of climate change: increased heat, a longer allergy season and worsening air quality. High rates of poverty are an additional burden on these kids’ health, she says.
Trump administration dismissive of climate dangers
The new administration has angered environmental and health groups with its proposed slashing of the Environmental Protection Agency (EPA) budget. The new EPA administrator, Scott Pruitt, has claimed that there is “tremendous disagreement” on whether human behavior has any links to climate change.
The administration has also announced it will significantly roll back the Obama administration’s strict regulations on vehicle tailpipe pollution. Cars and trucks account for about one-fifth of the U.S. global warming emissions.
Last week, Mustafa Ali, the head of the environmental justice program at the EPA, resigned, saying that the new leaders have not given “any indication that they are focused or interested in helping” vulnerable communities, when those should be the agency’s top priority.
That is a view Dr. Bole would concur with. “Children living in poverty are disproportionately impacted by environmental health hazards, and climate change is no different,” she says.
Spring arrived several weeks early in much of the eastern United States this year, and last month was the second hottest on record. An early spring brings the onset of the allergy season, and can also mean the arrival of disease-carrying ticks and mosquitos.
“Doctors like myself today are seeing conditions appear outside their typical location and season,” says Dr. Samantha Ahdoot, a pediatrician in Alexandria, Va. Ahdoot recalls patients who have had to start their allergy medications much earlier and miss school because of severe reactions.
Doctors have “obligation” to speak up
The nation’s family doctors, obstetricians and allergists may be well positioned to be the public’s best resource on staying safe from climate impacts. A 2014 Yale national survey found that Americans see their primary care physician as their most trusted source of information on this topic, over organizations like the Center for Disease Control and the World Health Organization.

Molly Rauch is policy director for Moms Clean Air Force, a national organization that advocates for combating climate change and air pollution. She says doctors need to give parents like her the whole picture of how climate is connected to their child’s health.
“Asthma is an epidemic in this country,” says Rauch. “If air pollution makes asthma worse, [parents] want to know about it. And if climate change makes air pollution worse, we actually really need to know about it in order to take care of our children.”
The new Consortium, which includes the American Academy of Pediatrics, American Academy of Family Physicians and the American Geriatrics Society, among others, will deliver their new report to members of Congress, the Trump administration and CEOs of Fortune 500 Companies to push for transitioning from fossil fuels to renewable energy.
“We have a moral obligation to act on their behalf,” says Dr. Ahdoot, a member of the Consortium. “Given our current understanding today, failure to take prompt substantive action to reduce emissions would be an unprecedented injustice to every current and future child.”