Among the measures the governor rejected were bills that would have limited the fiscal bailout of Hartford, created a new student suspension process, limited the Executive Branch’s authority to reduce municipal education grants, established a new business tax credit and created a new oversight panel for the Department of Children and Families.

Republicans overwhelmingly cast ballots to override Malloy’s vetoes of the five bills that were brought to a vote Monday.

But the governor — who isn’t seeking re-election — found strong support among his fellow Democrats in the evenly divided Senate, who ensured there wouldn’t be the two-thirds margin required to override a veto.

“The outcome of today’s session is positive for the state, and we commend the legislators who took a thoughtful approach to the questions before them,” Malloy spokesperson Leigh Appleby said. “While we may have disagreed on various aspects of specific policies, the reality is that the governor signed 207 bills into law this session and vetoed only seven. We’re glad these vetoes were upheld, and we remain committed to trying to seek compromise and working through our differences on these important topics.”

Republicans, however, questioned why Democrats, who supported these bills by wide margins during the legislative session, wouldn’t maintain that support Monday.

“I am disappointed in the Senate from top to bottom for not passing anything,” House Minority Leader Themis Klarides, R-Derby, said.

She called the Senate’s failure to override the bill adjusting the Hartford bailout “a complete lack of responsibility.”

“I think the Senate Democrats are lock-step with the most unpopular governor in the country,” said Senate Republican leader Len Fasano of North Haven.

Senate President Pro Tem Martin M. Looney, D-New Haven, rejected a suggestion that his caucus was in “lock-step” with Malloy.

“I think in many cases the governor had a compelling message in his veto message,” he said.

The Malloy administration also offered to negotiate with the legislature, Looney said, to reach compromise on bills involving school suspension and the business tax credit. “Those were, I think, the ones we had most concern on and we expect that those two will be addressed as part of what we expect will be a special session later on,” he added.

Five of the seven vetoed measures had originated in the 36-member Senate, which meant any veto override would have to start there as well. The chamber is split 18-18 along party lines and any override would require 24 affirmative votes.

Republicans proposed overrides on four of the five measures:

The school suspension bill attracted the most debate.

The bill would have created a new process for removing students from classrooms after a child or a teacher has been injured. Malloy asserted in his veto message that the measure would affect minority students the most, an argument also made by several members of the legislature’s Black and Puerto Rican Caucus.

But it enjoyed strong support from the state’s teachers unions, who argued their members need more protection.

Sen. Gary Winfield, D-New Haven, said that while he supported the original bill, he would not support an override. Winfield said the measure should receive further review given the level of concern voiced by parents and other groups since the legislature adjourned in May.

“I don’t think you just pass a bill like this and ignore those concerns,” he said.

“It is truly disheartening that legislators and the governor denied protections for the safety of students and teachers, and proactive supports for students who cause physical injury to others,” said Connecticut Education Association President Sheila Cohen. “The only way to end the school-to-prison pipeline is to take actions that hold administrators accountable for ensuring students receive the resources they need. We are disappointed that legislators…TO READ MORE CLICK HERE

politics
Know What Your Contracts Say
Reuniting Immigrant Kids with Parents? Not So Easy. 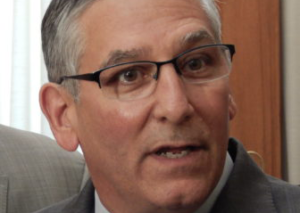 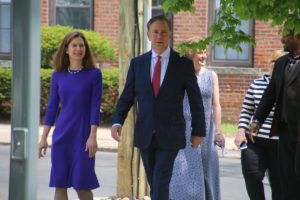