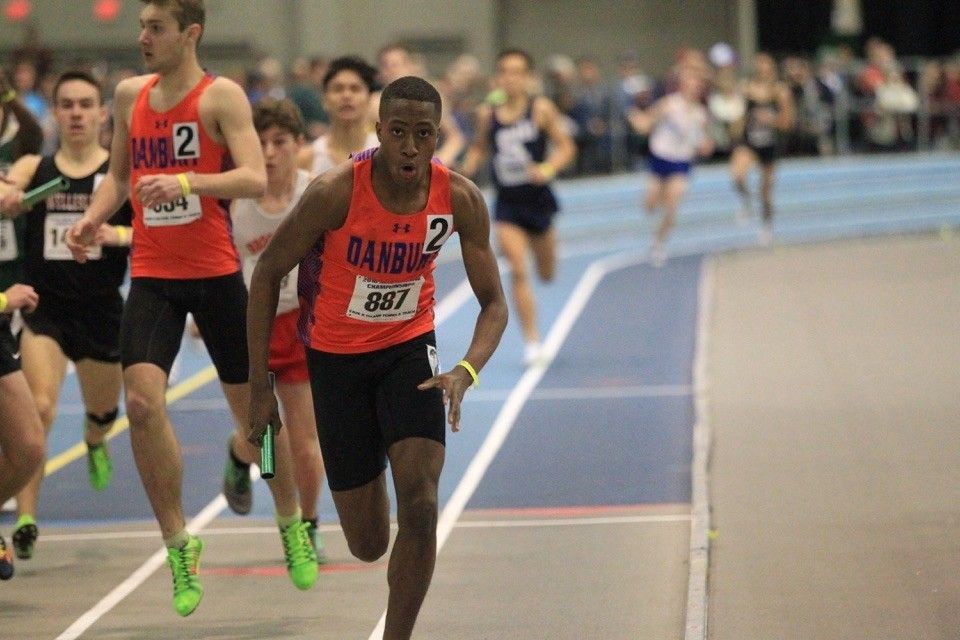 Going the Distance – D.A.Y.O.’s Alum Terrell Cunningham Is on the Fast Track to Success

Terrell Cunningham began his track and field career back in the 4th grade at Danbury’s Field Day, a track & field meet featuring some of the town’s best elementary school runners. He continued by joining the Danbury Athletic Youth Organization (D.A.Y.O) Lightning Youth Track & Field team in the 6th grade. By the time he entered high school, he had already won a state middle school championship in the 800-meter event.

Now, as a senior at Danbury High School (DHS), he is a team captain for Cross Country, and Indoor and Outdoor Track. He is an All-American as part of the DHS Sprint Medley Relay, and All-State in the 300- and 400-meter dashes. He has also been a part of the great DHS teams that have won numerous conference and class championships, including the last two Connecticut State Open Indoor Championships. In the fall, he will be heading to the University of Connecticut.

He credits his time with D.A.Y.O. and its multiple sports programs (he also played football and basketball) with allowing him to find what he did best.

“D.A.Y.O. guided me into my best decision,” Cunningham said. “[It showed me] how much I liked track and that I was good at it.”

When asked what he remembers about his coaching at D.A.Y.O., he says something that his middle school distance coach, Darren Joseph, used to say to him: “Pain is weakness leaving the body.”

What is the hardest part of running high school track? “There are a lot more meets, so being consistent is tough.”

His sources of inspiration are his coach, Rob Murray: “He believes that I can do anything that I work hard at.” His competitors also motivate him: “They push me to always want to be better.” So do his teammates: “They’ve taught me how to enjoy the sport while working hard and to bring a positive attitude to any situation.”

D.A.Y.O. will celebrate its 40th year of bringing the best in youth sports to the Greater Danbury Area this year. Learn more about the program at www.dayosports.com.