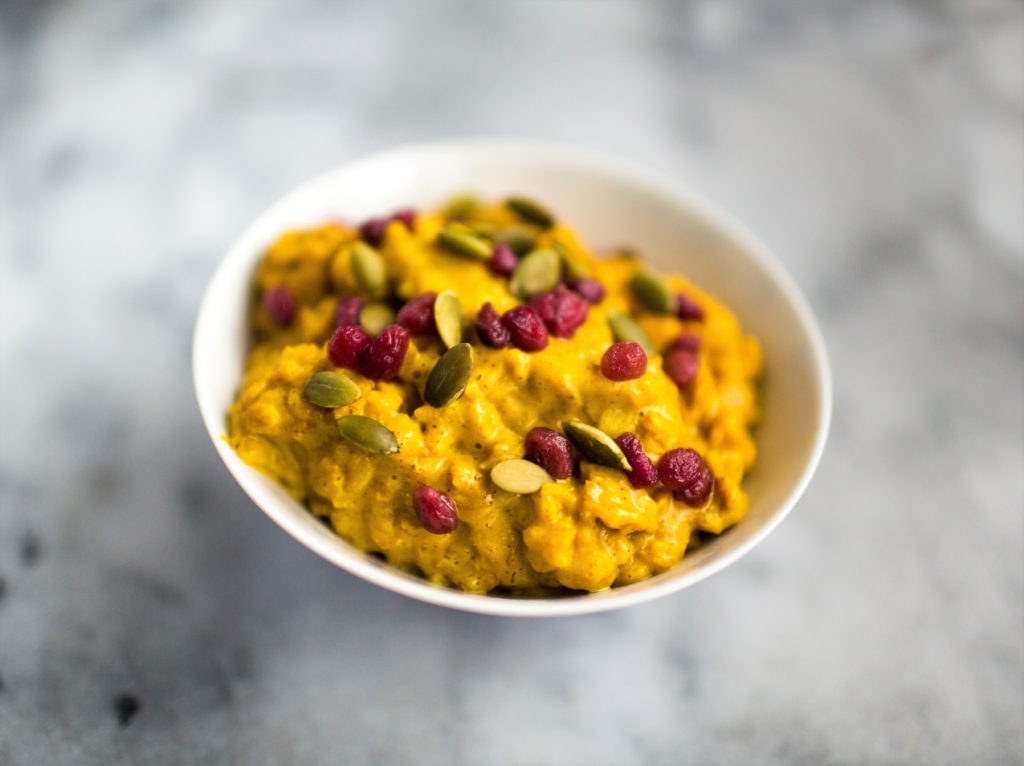 Golden milk is one of those trendy items in the food blog world. However, it’s not really a new creation. It comes from Ayurvedic practice and medicine in Indian cultures. It’s a tonic made with milk, turmeric and other warming spices like cinnamon.

Turmeric is known for it’s anti-inflammatory properties. Among its many reported health benefits, turmeric is said to boost immunity, promote digestive health and help maintain cholesterol levels. Thanks to turmeric, golden milk is a traditional home remedy for coughs, colds and sinus headaches.

Golden milk is a soothing and delicious drink on its own, but it adds a whole new dimension in terms of color and comfort to your traditional morning oatmeal. The color alone helps wake up the senses, but so do the bold and earthy spices. If you find the turmeric taste too overpowering, I suggest adding more honey for additional sweetness. And, if you’re feeling a touch adventurous, add a pinch of ground black pepper when you add the other spices. The black pepper reportedly draws out even more of turmeric’s health benefits.