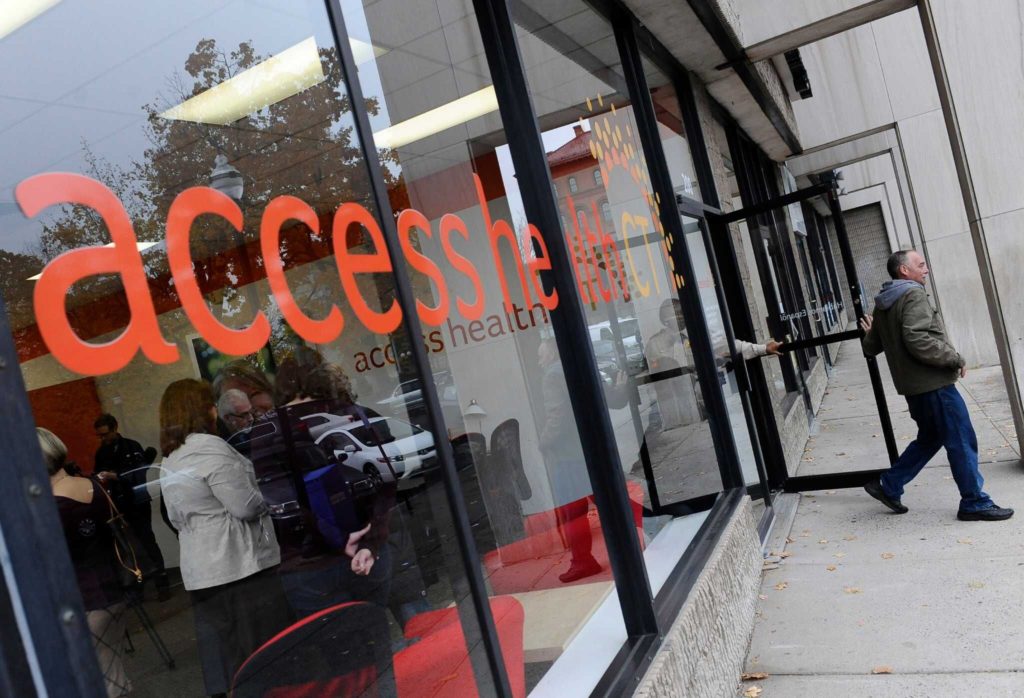 In the wake of a state order halting new enrollment in Connecticut’s co-op health insurer, HealthyCT, the state’s health insurance exchange faces growing challenges as it prepares to lose two of its four carriers.

The exchange, Access Health CT, has been widely heralded as one of the strongest state health insurance exchanges in the country, but loss of the two insurers will limit the options available to customers in search of health insurance. Officials at the exchange remain optimistic, although they concede the next two years will be volatile.

UnitedHealthcare announced in April it plans to pull out of Access Health after this year – part of a strategic withdrawal from all state exchanges within the next two years. Then, on July 5, the state Insurance Department issued an order of supervision to block Connecticut’s nonprofit health insurance co-op, HealthyCT, from selling any new plans because of its “hazardous” financial standing. The order came despite reassurances from co-op officials they were on track to profitability.

On June 30, HealthyCT found out it would be required to pay $13.4 million in federal risk adjustment under the Affordable Care Act, a requirement meant to move profits from low-risk insurers to those taking higher risks. This prompted an evaluation by the state Insurance Department that found the co-op would become financially “unstable” after making the payment. Although HealthyCT cannot issue new policies, all existing policies will remain in effect until they expire.

The loss of HealthyCT from the exchange increases concerns in Connecticut about market concentration, a decrease in the diversity of health insurance options.

When President Barack Obama’s signature health care legislation took effect, federal officials hoped co-ops – consumer operated and owned plans promising to return a portion of their profits to members – would increase diversity on the state exchanges. Twenty-three new co-ops received federal funding, but since then, more than half have gone under. Those remaining continue to struggle financially.

Some experts believe the drop in carriers on Access Health could cause insurance premiums to rise both on and off the exchange.

“These changes will cause a further consolidation of the market,” said Matthew Katz, CEO of the Connecticut State Medical Society. “It appears that it could mean less choice (for consumers) and potentially higher premiums.”

Katz is not alone in that concern. Access Health CEO Jim Wadleigh said he is worried about potential rate increases as well, but did not know how much of a jump there might be. Insurance Commissioner Katharine L. Wade, whose office regulates the rates carriers charge on the exchange, said she cannot speculate about what the effect might be.

Wadleigh said more collaboration with the remaining insurers on the exchange – ConnectiCare and Anthem – will help to keep rates affordable by creating new, more innovative plans for consumers.

Connecticut’s exchange is still better positioned than most, Wadleigh said. While it is possible only two private carriers will remain, state-sponsored Medicaid plans also are available to customers through the Access Health portal as a result of a partnership with the state.

“There has been a very big collaborative effort between Access Health and the Department of Social Services on that front,” Wadleigh said. “There are really still three carriers, per se, because the HUSKY program is still a carrier for our Medicaid customers. I realize that’s mincing words there. Would I prefer to have more carriers? Yes.”

Connecticut remains one of the most concentrated markets in the country for health insurance, the Connecticut State Medical Society’s Katz said, citing the Herfindahl–Hirschman Index, a statistic that measures how diverse a market is by looking at the number of providers and their market shares. Connecticut’s scores have consistently shown high concentration in recent years.

Katz said the loss of HealthyCT could jeopardize Access Health’s ability to attract new carriers to the marketplace. When it appears a market is controlled by one or two players – in this case, ConnectiCare and Anthem – it “creates a barrier” because the market appears too difficult to compete in, he said.

Access Health has courted other carriers to join the exchange in recent years, but has had little success, adding to the agency’s sense of urgency about maintaining competition on the marketplace.

But Chad Brooker, a senior manager at Avalere Health, a health care consulting firm, said the exchange has always been dominated by ConnectiCare and Anthem – even with the HealthyCT and UnitedHealthcare options. HealthyCT was just starting to become a competitor, Brooker said, when the Insurance Department barred it from issuing new policies. UnitedHealthcare only enrolled a small percentage of customers, he added, and its departure alone would not have had a significant impact.

Brooker, who worked for about three years as a staff attorney for Access Health before joining Avalere Health in 2015, said Access Health was unsuccessful in courting two carriers – Aetna and Harvard Pilgrim – in the past.

Aetna, headquartered in Hartford, has not offered plans on Connecticut’s exchange. Brooker said it has a “substantial presence” in other states but has been “resistant to coming on the exchange since the very early days.” Aetna officials initially planned to join the exchange in its first year, but withdrew when they said requests from state regulators to modify their premiums would prove too costly.

Aside from “some negative connotations,” Brooker said, their decision not to join the exchange is consistent with the relatively small number of off-market individual plans they sell in Connecticut. He said the loss of HealthyCT probably will not affect their decision going forward one way or the other.

Aetna said this month it has not yet decided which state exchanges it will take part in next year.

The real loss, Brooker said, has been Harvard Pilgrim Health Care, which began selling policies in Connecticut in 2014.

“(Officials) had put a lot of emphasis into Harvard Pilgrim,” Brooker said. “Their kind of reticence to come onto the exchange for the 2017 benefit year, when they had by all accounts stated they were prepared to launch on the exchange, I think is frankly a bigger issue than losing HealthyCT or United pulling out.”

Fairfield County residents probably will be hit the hardest by the loss of HealthyCT, Brooker said. The co-op had made significant inroads in the county, in part because it used an offshoot of the Trumbull-based Oxford Health Plans network in its enrollment efforts.

Wade maintains that competition off the exchange remains “robust” in the state but would not comment further on any concerns about market concentration.

While HealthyCT has been all but written off by some, it still has a lifeline with the state. Wade said if HealthyCT is able to raise enough capital from private sources and prove its financial viability, the Insurance Department will lift the order of supervision.

A similar situation is unfolding in Illinois, Brooker said, where the state’s health insurance co-op, Land of Lincoln Health, is also facing financial difficulties following its mandatory federal risk adjustment payment. State officials are intervening in an attempt to save it, Brooker said, but it is unclear whether they will succeed.

If Connecticut officials were willing to intervene, Katz said, it might be possible to save HealthyCT. But Wade said it is up to HealthyCT to raise the funds it needs.

Despite the uncertainty in the near future for Access Health, Wadleigh said he does not believe losing HealthyCT and UnitedHealthcare will cause the exchange to lose its status as one of the best in the nation.

“The success that Connecticut has had nationally makes Connecticut a lightning rod for everything we do,” Wadleigh said in reference to the amount of media attention the exchange receives. “We’ll always be under a magnifying glass throughout this process.”

Wadleigh said there is frequent communication between the heads of the 16 other state exchanges, adding that he received a call from the head of the Colorado exchange shortly after the news about Connecticut’s co-op broke this month. Colorado lost its co-op in 2015.

Keeping Connecticut’s two remaining carriers on the exchange remains a top priority for Wadleigh. He said ConnectiCare and Anthem have renewed their commitments to stay on the exchange. Wadleigh has kept in close contact with officials from both insurers, holding monthly and quarterly meetings with them.

He also said Access Health plans to redouble its efforts to recruit new carriers onto the exchange.

Officials are prepared for volatility for all state exchanges over the next two years, Wadleigh said, after which the “winners” will emerge.