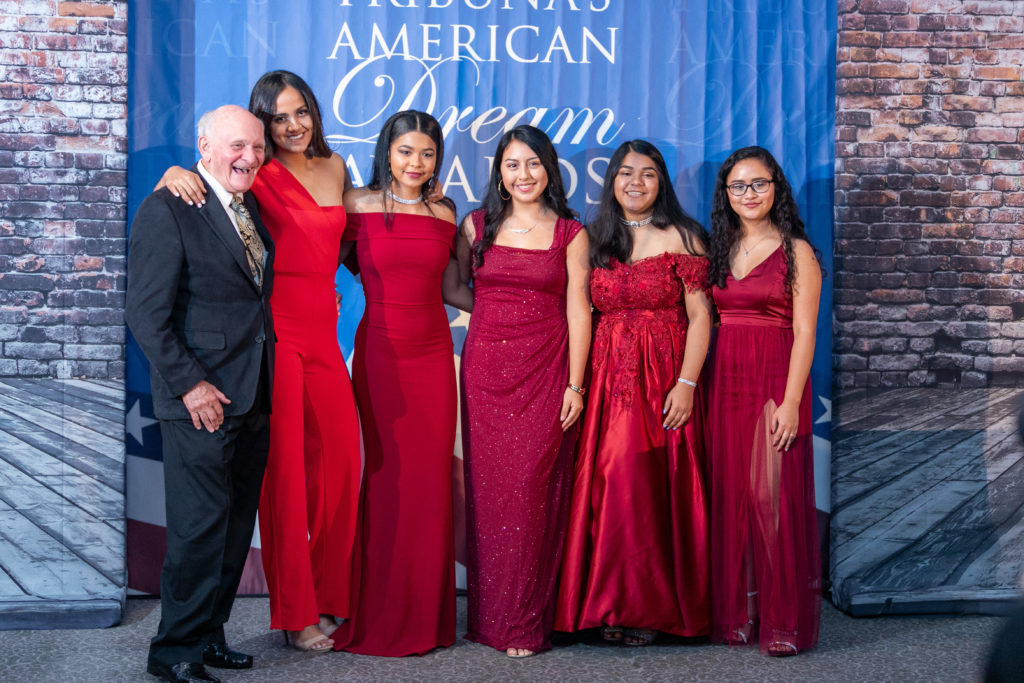 View this story in Português, Español

Mayor Mark Boughton and TNADF’s Vice-President, Emanuela Palmares, were the co-masters of ceremonies for the evening, marked by moving speeches, dance performances and emotional videos produced by RmediA of Danbury on past recipients and honorees.

The program was adorned with three dance performances by Danbury High School students, under the guidance of Theatre Arts Teacher/Director Michael Burnett, reinterpreting “Hamilton – The Musical” Broadway’s hit play about Alexander Hamilton, one of the most influential immigrants in American history.

The New American Dream Foundation’s mission is to promote equal opportunity, progress and freedom in the areas of education, health and civic engagement. In the pursuit of such efforts, at this year’s gala, TNADF achieved the following:

– Granted $12,000 in scholarships and awards in the American Dream Awards portion of the program through the generous support of its sponsors: Nuvance Health, Linde, Union Savings Bank and Wells Fargo.

– Raised $12,000 from ticket sales towards Mission Health Day – a day of free health screenings and other community services for the uninsured and the income challenged, which will be hosted by Nuvance Health and Western Connecticut State University, on October 5 from 9am-3pm, at the Bill Williams Gym at the WCSU downtown campus.

– Secured a donation of $11,250 from Linde and the RobyDodd Family Charitable Foundation, which was presented to Danbury Public School’s Western Connecticut Regional Adult and Continuing Education (WERACE), to support their ESL instruction and Citizenship classes to adults who live in the region. 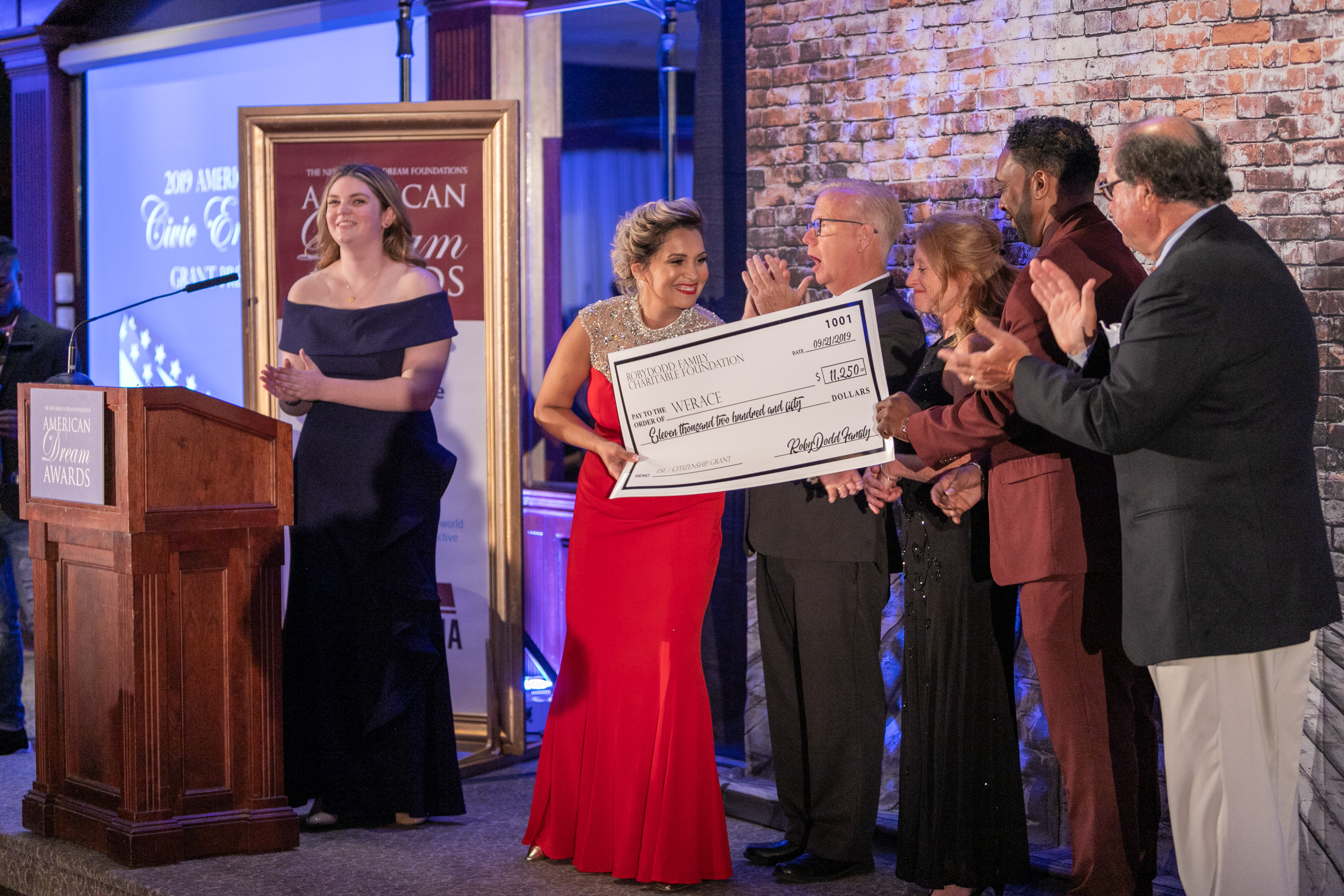 The nomination process for the 2019 American Dream Awards began in February and ended on June 25. Dozens of applications were received from nominees who were born in the United States, and others who migrated to our community from various countries. The 2019 winners of the $2,000 scholarship award were:

Students of the Year: 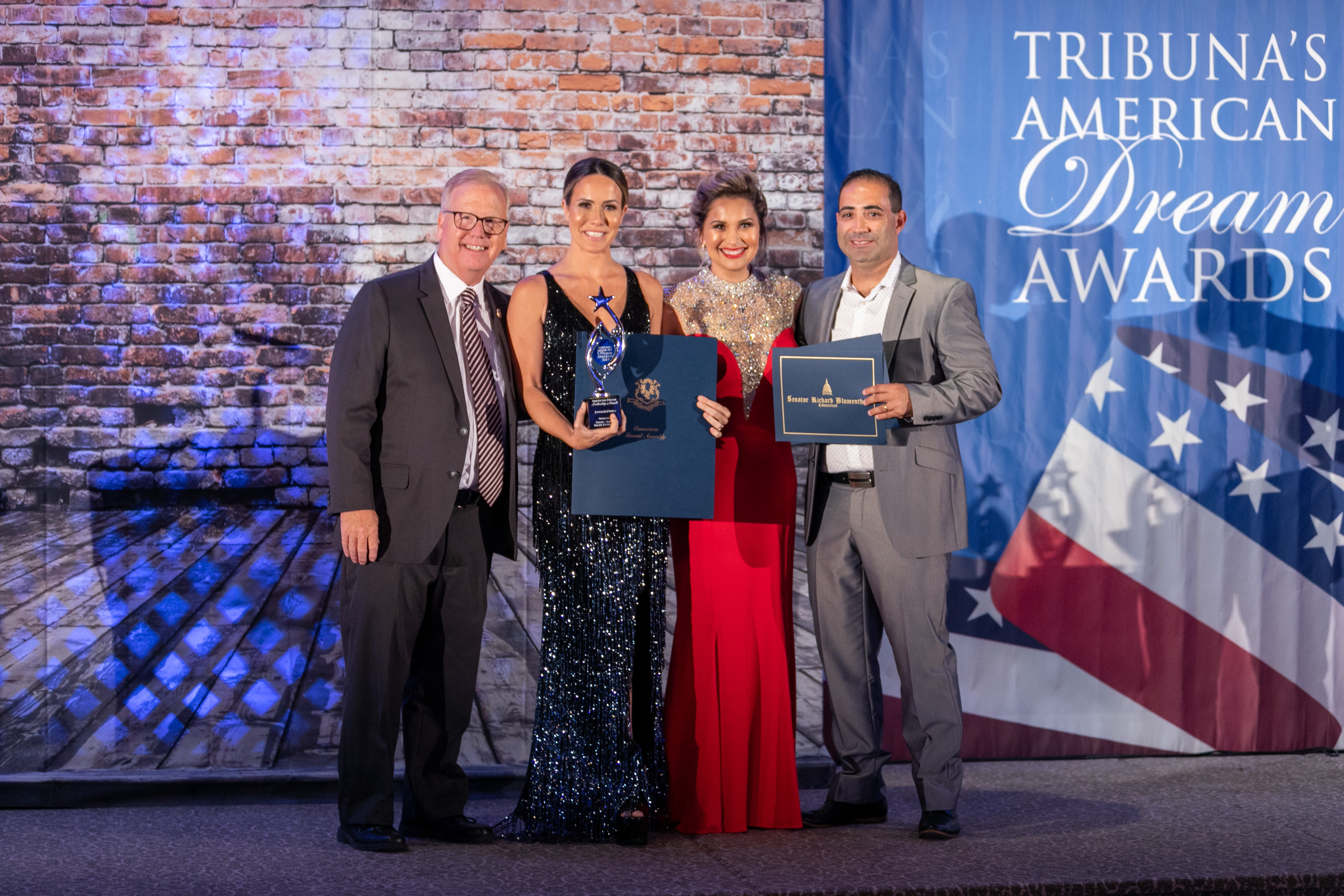 The American Dream Leadership Awards recognized those who have taken the lead in the immigrant community in supporting its members, with a focus on the areas of health, education and civic engagement. The winners of the Leadership Award were Dr. Spyros Smith, a proud Greek American, who has been practicing internal medicine for 20 years at Danbury Hospital and Fernanda Pontes, a Brazilian actress, TV host, philanthropist and founder of the “If You” Foundation, who has led the series “Planeta Brasil” for the past decade, telling the life stories of hundreds of Brazilian immigrants across the United States.

The Veteran’s Award winner was Corporal Juan Vasquez. He was born in the Dominican Republic on August 20, 1988 and was raised in Danbury for most of his life. He currently works as a senior consultant at Cartus and is the quartermaster of the local Veterans of Foreign Wars in Danbury, CT. “We all have the same stories, our families sacrificed everything to come here… No one should be terrorized or demonized for wanting a better life, period,” said Vasquez in his acceptance speech.

The Lifetime Achievement Award for greatest success in one’s life was given to Mr. Peter V. Scalzo, son of Victor A. Scalzo, who came over through Ellis Island from Italy, started a refrigeration business, refrigerated the first railroad car in Danbury and worked on refrigeration in the schools during the Second World War. He continued his father’s legacy in the refrigeration business and appliances and had a long and successful career in Brookfield, CT. He owned Scalzo Appliances, one of the largest and most successful appliance stores in the area, where he worked for fifty years. He served in the United States Coast Guard during the Korean War. He and his wife Joyce had four children – Peter A. Scalzo, Paul Scalzo, Belinda Samuel and Vicki Scalzo.

“This American Dream Award is not mine; it is my family’s. God has been so good to this little guy, and I am very grateful,” said Mr. Scalzo.

For more information and to watch all videos featured at the gala, visit www.tribunaamericandreamawards.com