Home » Cover » A Concession Deal Struck, But Still No Budget 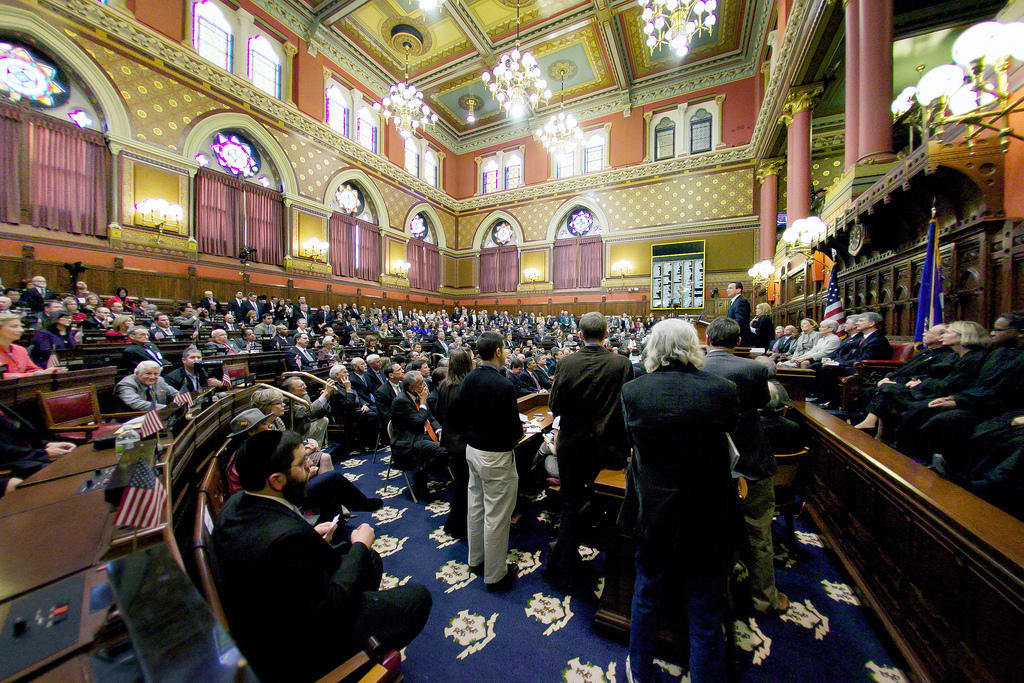 A Concession Deal Struck, But Still No Budget

The month in Connecticut started with political drama and a squeaky close vote on a package of wage and benefit concessions critical to shaping the Connecticut state budget – when the legislature can finally adopt one.

As is often the case, however, Connecticut’s politics were upstaged by events at the White House, where President Donald Trump fired his bombastic communications director Anthony Scaramucci after only 10 days on the job.

At the state Capitol, Lt. Gov. Nancy Wyman cast the decisive vote to approve the concessions package, projected to save the state $1.57 billion dollars over the next two years. The vote earned her criticism from Republicans as an “enabler” of Gov. Dannel Malloy’s policies.

Republicans say the deal will be self-defeating and put the Democrats in the position of having to raise taxes, cut services and municipal aid or both in order to cover the remainder of Connecticut’s projected $5 billion deficit. Three Democratic senators had reservations and withheld their approval of the deal until receiving some assurance that structural budgetary changes would be forthcoming.

Whether to pass a sales tax increase appears to be the next big question. FOR MORE CLICK HERE

An Invitation to Engage in a Global Environment Through Robotics
Defend DACA – Our Community Depends on It!