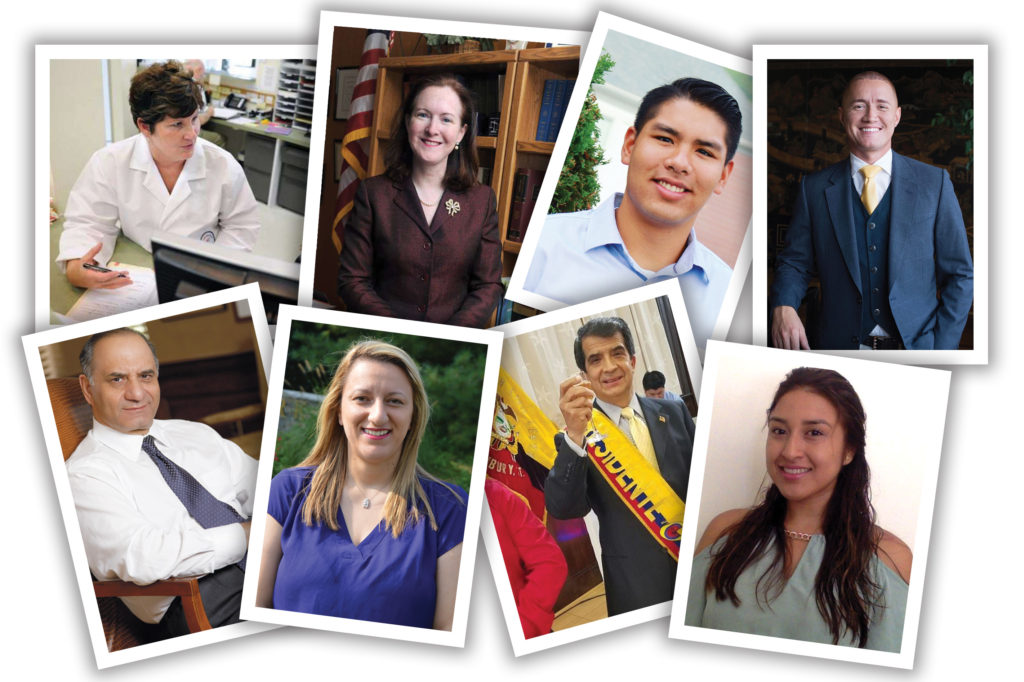 In 2014, in celebration of its 15th Anniversary, Tribuna created the American Dream Awards Gala, an annual awards ceremony designed to recognize members of the immigrant community who share in the Tribuna founder’s story.

The event’s growth over the years sparked the creation of The New American Dream Foundation, Inc. a 501(c)(3) organization, created to serve as the philanthropic arm of Tribuna Newspaper and to promote our nation’s rich immigrant history, highlighting the cultural, social and economic contributions of all immigrants, and the core American values of equal opportunity, progress and freedom in the areas of education, health and civic engagement.

This year, the gala will benefit TNADF, with funds going towards Mission Health Day –  a day of free health screenings and other community services for the uninsured and the income challenged, hosted by Western Connecticut Health Network and Western Connecticut State University.

The evening will begin with a cash-bar cocktail reception, where guests will have a chance to mingle and bid on silent auction items such as autographed albums by Bon Jovi and Bruce Springsteen, sheet music by Lady Gaga, and movie posters by Rocky, and Scarface casts, in addition to designer handbags, vintage wines, local restaurant and spa gift certificates and a four-night stay at the Westin Punta Cana Resort and Club in the Dominican Republic with airfare for two. A three-course dinner will follow, and the American Dream Awards ceremony, filled with inspiring life stories celebrating the contributions that generations of immigrants have made to our region and to our country in the pursuit of their American Dream.

Eighty-three applications were received from nominees who were born in the United States and others who migrated to our state from Brazil, Peru, Mexico, Colombia, Ecuador, the Republic of Macedonia, Thailand and India.

The 2017 Student of the Year finalists for the three $2,000 scholarships are:

Sgt. Paulo Barros migrated from Brazil in 1993 at the age of 10, and became a U.S. citizen in 2005. He was a Tow Gunner 0352 and a Machine Gunner 0331 during his stint with the U.S. Marines. He served with the 3rd Battalion of the 3rd Marines Weapons Company in the CAAT Platoon based in Kaneohe Bay, Hawaii. From late 2004 to the middle of 2005, Paulo spent 9 months in Jalalabad, Afghanistan as a vehicle commander and gunner for the lead .50-caliber vehicle during presence patrol missions and VIP security convoys. While on presence patrols, his convoys destroyed hundreds of acres of opium fields and weapons caches. They always came under moderate to heavy fire from terrorist drug lords that wanted to kill them for destroying their cash crops and hidden weapons.

Honorees selected by the Tribuna Newspaper editorial board:

The American Dream Lifetime Achievement Award recognizes individuals whose life journey is the embodiment of the American Dream. Past honorees include: Atty. Americo Ventura and Anthony Rizzo Sr.

Mr. Kathwari arrived in the United States as a political-asylum seeker from Kashmir. His story includes starting his life in the United States working as a bookkeeper in New York City in the mid-1960s, running a handicraft-import business out of his apartment and becoming an American CEO of a global brand.

Outside the boardroom, he has received much recognition, including the “Outstanding American by Choice Award” by the United States Government, the “Spirit of Asian American Award” from the Asian American Federation of New York, the EPIIC Global Citizenship Award from Tufts University and the Eleanor Roosevelt Val-Kill Medal, for his dedication to foster dialogue for peace in troubled regions and to promote human rights around the world.

American Dream Leadership Awards recognize three individuals and or organizations who have taken the lead in supporting members of our community in the three TNADF focus areas: health, education and civic engagement. Past honorees include The Hispanic Federation of Connecticut and Dr. Majid Sadigh, director of the Global Health program at Western Connecticut Health Network.

Yamin was the city’s first female probate judge and is the longest serving in the city’s history, known for her compassionate approach to matters of the court. Last spring, Yamin met with various organizations, individuals and agencies that work with the immigrant community to educate them about “standby guardianship” as a useful safety plan to protect minor children from becoming wards of the state, in case their undocumented immigrant parents were to face deportation.

Hernandez, an Ecuadorian-American, has been living in the United States for over three decades. He has worked in a clothing factory and in fresh produce stores, he has driven taxis and limousines, and, after a while, he purchased his brother’s restaurant in Danbury, the city he considers home. Having dedicated countless hours to civic engagement and organizing among the Ecuadorian community, he has become one of the most powerful voices in support of the rights of all immigrants.

Valenti has dedicated her professional life to coordinating free medical care at the AmeriCares Free Clinic of Danbury for people with jobs who are uninsured or under-insured. She has touched the lives of countless members of the immigrant community, who are uninsured and find in the clinic their only option for preventive health care.

Tickets can be purchased online at www.tribunaamericandreamawards.com/shop, at the cost of $100.00 each, and they include the cocktail hour, a three-course dinner, soft drinks, coffee service, a donation towards the scholarship fund, entertainment and the awards ceremony. For alcoholic beverages, cash bars will be available. A portion of the ticket is tax deductible.

For more information about the foundation and to donate visit: www.thenewamericandreamfoundation.org

Why Shop at the Farmers’ Market?
Taste of Greater Danbury!