Home » Cover » 2020 CENSUS The Most Important Event of This Decade 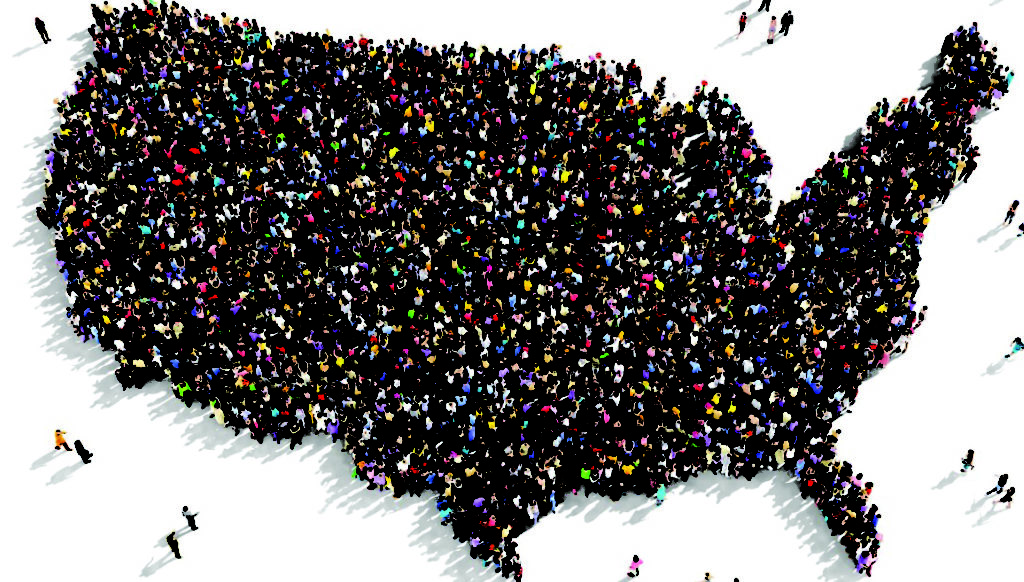 2020 CENSUS The Most Important Event of This Decade

The 2020 census is the most important event of this decade for anyone who lives in the United States.

As ordered by the U.S. Constitution, the census counts everyone living in the country, no matter who they are: the undocumented, the transient, people living in remote areas or off the grid, international students, and embassy personnel. The only people here who “don’t count” for the census are tourists and short-term business visitors.

The census determines everything from political representation to funding for essential services like education and health care and highways that we all use regardless of immigration status. It is estimated that census data are responsible for directing more than $1.4 trillion of federal spending annually.

For everyone to understand the census, we’ve assembled a list of five facts we all need to know.

The census is a self-portrait of the nation. The U.S. Constitution requires that the federal government count everyone living in the country every 10 years.

Participating in the census amounts to answering seven questions — plus two qualifying ones — for a total of nine questions.

That’s it. The rewards for that are significant in resources and services to all.

Everyone means everyone: people of all races and ethnic groups, citizens and NON-citizens, all adults, and all children, regardless of age. There are very few exceptions to this.

Every person who lives in the United States territory on April 1 needs to be counted. Short-time visitors aren’t counted, but longer-term visitors, such as international students and temporary workers, are. The Census Bureau webpage offers a detailed list of who should be counted, and where.

That day is known as Census Day. But the action starts long before that. To be counted, every household first must respond to those nine questions.

The U.S. Census counts people by their “household,” which includes every person or persons living in a “single living quarter.” Every household will get a “unique I.D. number” that identifies it, and this is tied to a mailing address or physical structure, not to an individual name or a family.

A household can be made up of one person, or one family and the family friend who lives in a back room, or a group of roommates. At the time of response, all of them, including babies born by April 1, should be included as part of the same household.

Babies need to be counted. Children age 0-4 were significantly undercounted in 2010 because, among other reasons, people mistakenly believed they didn’t have to be included.

People are counted at their “usual place of residence” on Census Day, but that doesn’t necessarily mean that’s their legal, permanent residence. For example, if you’re a student living in a dorm, you need to be counted there. It’s the same with group facilities like military barracks, hospitals, jails, or prisons.

The census also conducts an “Enumeration of Transitory Locations” of people who don’t have a “stationary” home (R.V. parks, marinas, agricultural workers). Census takers will visit these locations in March and April. This does not include tourists visiting the United States or short-term business visitors — about the only people who are not counted in the U.S. Census.

In 2019 there was a hot debate over whether the census should count just citizens or all residents. Last summer the debate was set to rest by the Supreme Court, which ruled that the citizenship question — “Is this person a citizen of the United States?” — will not appear in the 2020 census.

In other words, no matter who you are or what your immigration status is, you need to be counted in the census.

All households will have the chance to “self-respond” to the census either by internet, telephone, or the “traditional” paper questionnaire that has been the most common method of collecting census data for more than a century.

Starting on March 12, 95 percent of households will get a package in the mail from the Census Bureau. Most people (80 percent) will get a letter with a unique I.D. inviting them to respond online; 20% of homes get a similar letter plus a paper questionnaire in the first mailing. The mailings will be sent in four waves (March 12, 13, 19, and 20).

Then there will be as many as four more mailings:

– A reminder postcard to households that have not self-responded

– An “it’s not too late” postcard (also to non-responders)

Self-respond; don’t get a knock on the door.

When the Census Bureau does not hear from a household in the self-response phase, which starts March 12 and ends April 30, there will be a follow-up operation to try to get everyone else counted. That includes door-to-door visits, conducted from May 9 until the end of July.

Some people are uncomfortable or scared of the visits. The best way to avoid the “knock” on the door is to be pro-active and “self-respond” to the census.

The longer answer is that a lot of public interest lawyers and community leaders are ready to intervene if there’s even a hint that the current administration has violated any of these laws.

– January 2020: The first enumeration begins in remote areas of Alaska

– April 30: Self-respond by this date to decrease chances of enumerator visit.

– May-July 2020: Primary nonresponse follow-up operation (for households that did not self-respond)

Answer the Phone and Your Door for This One!
Welcoming and Caring Volunteers are the Hallmark of Ann’s Place