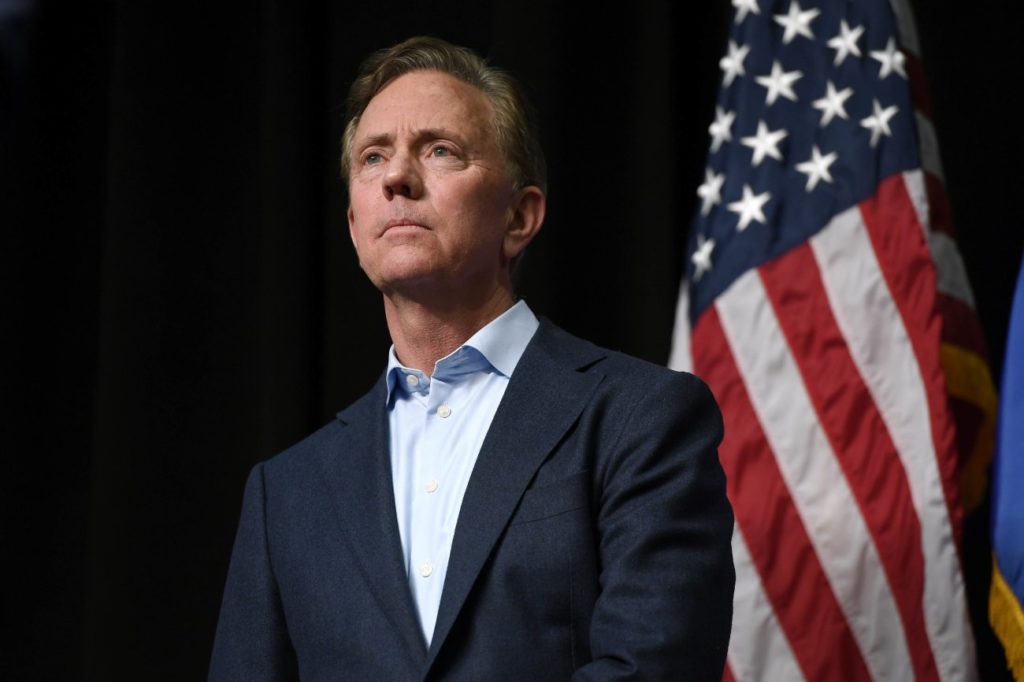 Gov. Ned Lamont wants to end Connecticut’s cycle of budget deficits, deliver property-tax relief and amass a fiscal bulwark against the next recession. But to do it, he may push wary legislators to extend the sales tax for the first time to groceries, medications and other long-exempt items.

Lamont pledged during the 2018 campaign that he would not raise the income tax or empty the state’s budget reserves to close a shortfall of $1.5 billion projected for the coming fiscal year, saying neither of those measures would bring fiscal stability to a state that has struggled to balance its budget in every year but one from 2007 to 2017.

While removing these exemptions could generate hundreds of millions more a year for the state’s coffers, Lamont would find it extremely difficult to sell lawmakers on the idea of taxing bread, milk, and medicine — even with the lofty goal of fiscal stability.

“In order to build a better budget — one that will attempt to provide the much-needed stability for economic growth through the next two years and through the next decade — we need to explore new and different options,” said Chris McClure, spokesperson for the governor’s budget office. “This means leaving no stone unturned and engaging in all necessary conversations so we can evaluate and analyze ways to achieve and retain balance.”

The new governor’s first budget proposal isn’t due to legislators for another month. But his administration has been researching options to broaden the sales tax base and reduce the 6.35 percent rate across-the-board, a variation on a post-election recommendation made by the Commission on Fiscal Stability and Economic Competitiveness. The study group called for an end to most exemptions, but only a two-percent tax on groceries.

Winning approval of a measure extending the state’s sales tax to groceries and other exempt items mostly likely would turn on the ability of the new and untested administration to frame Lamont’s first budget as the necessary first step toward ending the state’s chronic budget shortfalls.

Expanding the sales tax would not break any campaign promise made by Lamont, but it would draw Democratic legislators, few of whom have close relationships with the new governor, into an uncomfortable debate about a tax that would be felt most deeply in the homes of the working poor and middle class.

Mitigating that impact is a federal law barring the taxation of food purchased through SNAP, the supplemental nutrition assistance program formerly known as food stamps. It now serves 384,000 individuals in 215,000 households in Connecticut.

The sales tax is projected to generate $4.2 billion this fiscal year, the second-largest source of revenue for the $20 billion budget after the income tax. It also has dozens of exemptions, many dating back decades, that could raise another $2.7 billion if ended, according to the legislature’s nonpartisan Office of Fiscal Analysis.

The exempted goods and services run the gamut from college textbooks to vegetable seeds, electrolysis services to winter boat storage. Critics argue no economic analysis of these types of breaks was performed before they were approved, and rarely are they re-examined.

Former Sen. Tony Guglielmo, R-Stafford, advocated repeatedly for a broader sales tax base during the first decade of the 2000s. Canceling exemptions and using the savings to lower the sales tax rate, he said, was simple fairness.

“We shouldn’t be picking winners and losers” in the marketplace, Guglielmo told the CT Mirror. “I don’t know how many people knew about these tax exemptions, but if they did, they would be upset.”

Most of these are worth a few million dollars or less, a tiny fraction of the overall sales-tax stream. But there also are some large ones. The challenge, though, is that those have broader appeal.

Consumers would pay an estimated $424 million more this year on groceries if the full 6.35 percent sales tax was applied. The exemption for prescription medication, syringes and needles saves shoppers another $387 million — or $416 million after the tax break for over-the-counter medications is included…TO READ MORE CLICK HERE