Home » Cover » Make A Difference in the Lives of Children this Holiday Season, Right in Your Own Backyard 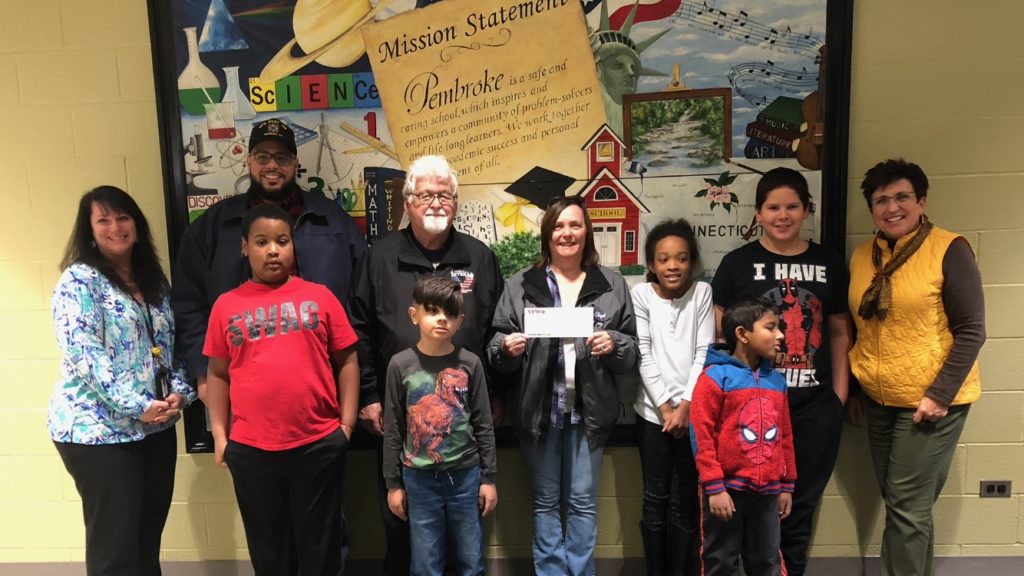 Make A Difference in the Lives of Children this Holiday Season, Right in Your Own Backyard

Imagine being six years old, siting at your desk in school anxiously waiting the bell for recess – then hearing the bell ring, and seeing your friends rush out towards the playground, chasing the fresh air and the opportunity to move around, and reset their minds and bodies before the second half of the school day.

Imagine watching them go, but being unable to join them, and only hope to someday be able to feel the thrill of spinning around on the merry-go-round before you are too old to enjoy a playground.

At Danbury’s Pembroke Elementary School, where 30 percent of its student population has a disability, such as Autism, Intellectual Disability, Down Syndrome, Cerebral Palsy, Medically Fragile, Attention Deficit Disorder or Learning Disabled, the second scenario is a reality for many children.

“We currently have one hundred seven students with special needs.  Our overall student population for all six grades (kindergarten through fifth grade) is three hundred and fifty students,” said Leigh Viviano, a fifth-grade self-contained classroom teacher at Pembroke, who, alongside a very determined group of parents and community members, has launched a fundraising campaign to pay for a new playground more accessible for students with special needs at the school.

And this holiday season is a great opportunity for you to join their efforts.

Viviano explained that currently, the playground has equipment that is not accessible to all students. There are only two ADA compliant swings, which is not enough to meet the needs of the student population. The playscape is high off the ground and not safe for students with physical limitations or students prone to seizures.

“There are also drainage problems, the playground is not level for safe walking and is often a giant mud pit when snow melts or it rains for more than one day. Our current playground needs to be replaced. A new, accessible playground will benefit all of the students at Pembroke, as well as children throughout our community,” she added.

In addition to a large population of students with special needs, Pembroke’s student population is also comprised of 22 percent English Language Learners, and 56 percent of students qualify for free or reduced lunch.

“This means many of our families live at poverty level, and cannot afford or are not able to travel to neighboring towns that have an accessible playground for their child to play,” said Viviano.

She knew that in order to raise the $150,000 needed to make the project happen, it would be a community-wide effort, involving state leaders, city officials, board of education members, local businesses, nonprofits, volunteers and everyday people who are inspired to give.

State Representatives David Arconti (D) and Michael Ferguson (R) have joined forces in a bipartisan effort to support a government bond in hopes it will land on the agenda in December.

“We are especially proud since they are both alumni of Danbury Public Schools,” Viviano boasted.

With the help of Board of Education Member Richard Jannelli and Superintendent of Schools Dr. Sal Pascarella, Viviano was able to meet with Mayor Mark Boughton and receive a commitment to have the City of Danbury use their labor and machines to complete the site prep necessary for the installation of a new playground.

Fixing drainage issues, leveling the ground and removing the old playground equipment represents a savings of approximately $30,000 off the overall price tag.

Local businesses, such as Hat City Tattoo, Papa Johns of Danbury and Max Spirits, are supporting the cause as well, through individual donations and fundraising efforts. Recently, Hat City Tattoo held a fundraising event, collecting $9, 267 in one day.

Other schools in the district have also offered assistance with this project.

Danbury High School is making two large signs featuring fundraising thermometers to be positioned around town. The Athletic Dept. has also allowed volunteers to collect donations at the entrances for home football games all season.

King Street Intermediate has a student leadership group called Community Cares, which is collecting cans and bottles for recycle money. To date, they have raised $83.

Pembroke students and staff are collecting tabs off of cans, as well as deposits on cans and bottles to raise money. The students are also selling yellow rubber bracelets for $1 each.

Foresters Financial will plan a golf outing and a second family event to help fundraise this coming spring. They are also helping push through a $15,000 grant with Kaboom, an American non-profit organization that helps communities build playgrounds for children, written by Dr. Anne Meade, Danbury Public Schools director of Family, and School & Community Partnerships.

“Although we have only raised $19,450, we will continue to work hard fundraising until the total amount of money is collected. Every donation and every effort count, so if you can, please give,” said Viviano.