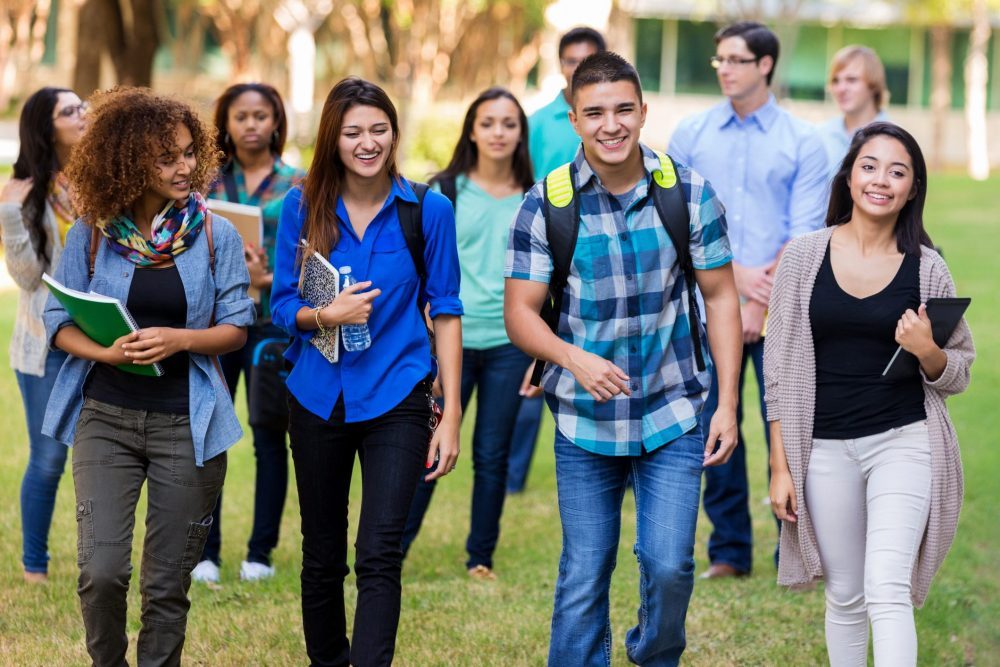 By Bernard Kavaler | CT by the Numbers

If you build it, they will come.

That was the theory behind a two-year pilot program to offer incoming college students from New York and New Jersey the opportunity to attend Western Connecticut State University (WestConn) as if they were natives – of Connecticut.

The offer of in-state tuition to all full-time undergraduate students who are residents of New York and New Jersey started last fall for the current academic year, after gaining approval from the state Board of Regents.

Come they have. Following eight consecutive years of eroding enrollment, WestConn had 919 first-year students last fall, a 10.5 percent increase over the fall of 2017 and the largest class since 2010, the Fairfield County Business Journal reported. There were less than 200 students from New York and New Jersey three years ago. That number has now tripled, including 344 students from New York.

Undergraduate students from the two states enroll at the same sticker price as Connecticut residents, which currently stands at $10,017. Out-of-state tuition and fees have been $22,878. (There will be an increase to all students in the state university system next academic year.) That savings has contributed to successful recruiting across the tri-state area, and filled what had been increasing numbers of empty seats.

It is an extension of a program that offered in-state tuition to residents of seven counties in seven New York Hudson Valley counties in recent years. The new pricing saves New York and New Jersey students more than $12,000 a year, according to university data. This year, 42.2 percent of undergraduate students are from Connecticut; 13.4 percent are from New York. Slightly more – about 18 percent – undergraduate students are from Danbury, the university’s hometown.

In addition to offering reduced tuition at the start of the academic year, WestConn also rebranded – showing a fresh face on its website and in materials shared with students and prospective students. The rebranding effort was coordinated by a Trenton, New Jersey-based marketing firm.

Included, the university explained, were “the creation of a new slogan and logo for the university, leveraging WCSU as the ‘best of both worlds’ (rural/urban; New England/NYC, etc.), and incorporating ‘success for a diverse community of learners’ into our identity and marketing.”

In announcing the new branding last year, the university explained on its website that “potential students from the Northeast bring both similarities and differences to the table. ‘WestConn’ might be recognizable to someone from Connecticut, but may be less familiar to someone from Rockland County or Long Island, New York, or central New Jersey. Just as each of these geographic areas may have a different name for a popular sandwich: grinder, wedge, sub or hoagie — it sometimes may not be clear that they are basically the same thing. Making sure the university is recognizable and known in a broader geographic area is a priority to aid in recruitment and retention.”

The Association to Advance Collegiate Schools of Business (AACSB) has granted accreditation to the Ancell School of Business at Western Connecticut State University. The designation places WCSU among the top 5 percent of business schools in the world. And Western Connecticut was named as having The Best Undergraduate Theatre Program in Connecticut in 2018 by OnStage Blog, using criteria consisting of tuition, facilities, academic rigorousness, performing opportunities, career support and location.

Western Connecticut State University also recently earned recognition from the Applied Behavior Analysis Programs Guide for offering the nation’s best master’s degree program in applied behavior analysis, a growing field in which employment is projected to increase by one-third nationwide by 2020 according to the U.S. Bureau of Labor Statistics.

The New Yorkers on campus will have a former Empire State resident nearby, in the President’s Office. Before assuming the presidency at WestConn, Dr. John B. Clark was the Acting University Executive Director of the City University of New York’s (CUNY) Office of Business and Industry Relations. Before joining CUNY, he was a visiting professor at Stony Brook University and Interim Chancellor of the State University of New York (SUNY). During the course of his career at SUNY, Clark was the interim president of four of its colleges; Plattsburgh, Brockport, Alfred State and Optometry, according to his university website profile.

There’s also another calling card for WCSU, courtesy of Tiger Woods and his comeback for the ages, winning the Masters golf tournament earlier this month after a lengthy drought. His caddie since 2011, Joe LaCava, is a lifelong Connecticut resident and graduate of, you guessed it, Western Connecticut State University, where he majored in finance. That tidbit of alumni fact may work its way into recruiting efforts in the tri-state area as the university looks to recruit its next first-year class. And yes, they do have a men’s golf team.