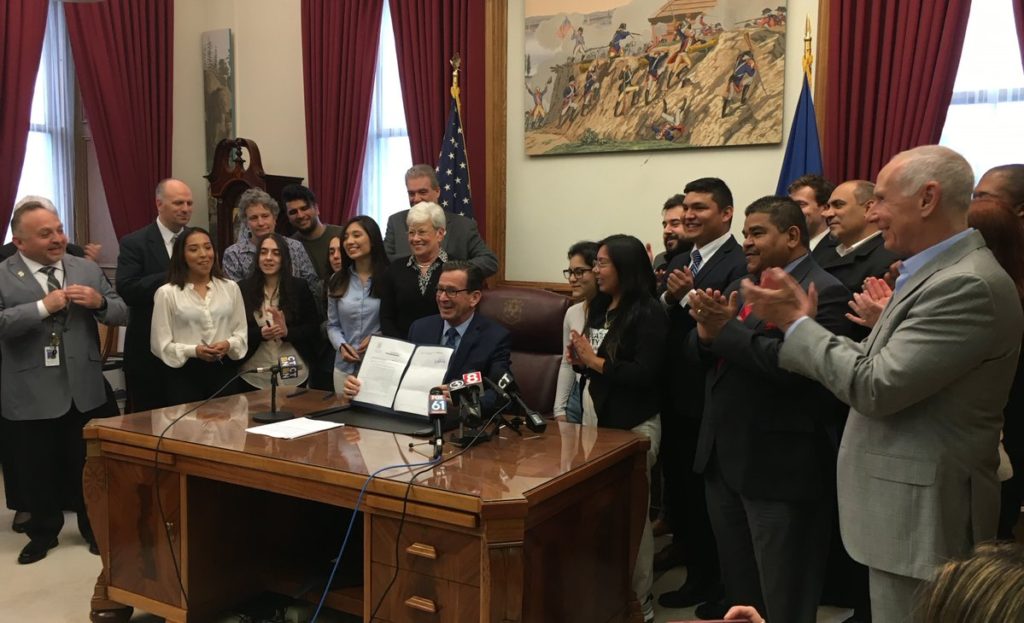 Financial Aid for ‘Dreamers’ Becomes a Reality in Connecticut

The Connecticut House of Representatives gave final passage to legislation that opens financial aid in the state to “dreamers,” the undocumented immigrants brought here as children, only to find themselves priced out of higher education as they come of age.

The legislation, passed in a 91-59 vote, makes undocumented immigrants eligible to apply for help from the $150 million pool of financial aid awarded annually to students at the state’s public colleges and universities. College-age immigrants and other supporters of the bill exploded into cheers from a House gallery decked in red, white and blue bunting.

“It means that college is a more realistic option for me,” said 19-year-old Michael Hernandez of Stamford, who came to the U.S. from Honduras as a 10-year-old. He has been accepted to the University of Connecticut and is seeking a green card under the Special Immigration Juvenile classification program.

With the governor’s promised signature of the bill into law, Connecticut’s public colleges will join seven other states in opening access to financial aid for some undocumented students.