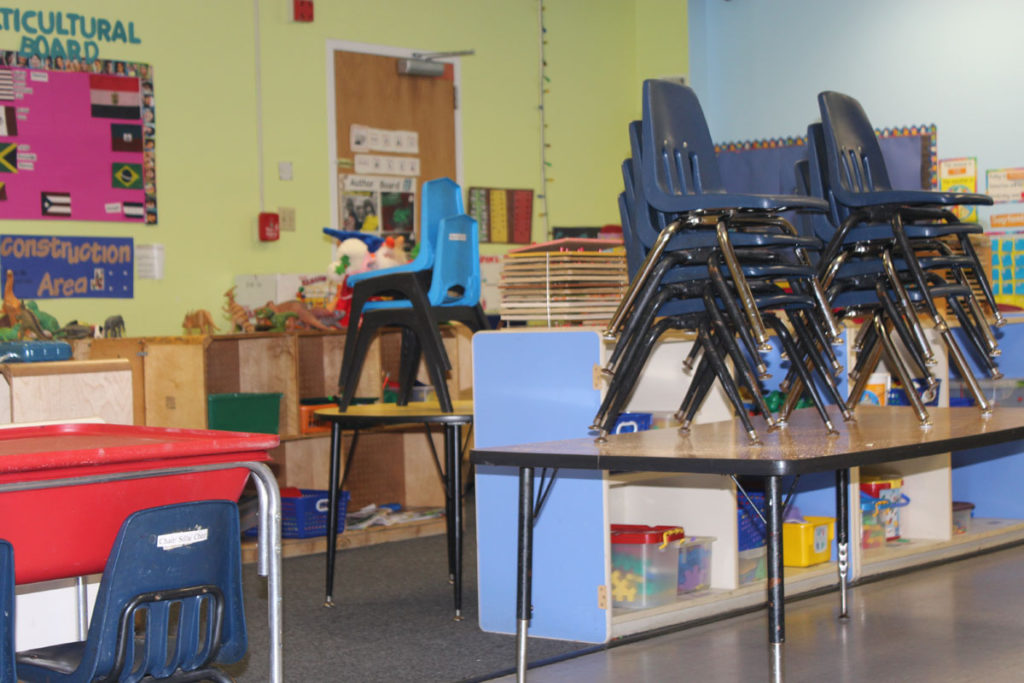 Faced with a multi-million dollar deficit, state officials are considering the elimination of child-care subsidies for thousands of Connecticut families relying on them in order to work.

Earlier this year, the state suspended additional enrollment in the popular Care4Kids program, but the move did not reduce costs enough, administrators say. The new cutback, if enacted, would eliminate daycare help for up to 900 families each month, a decrease of 10,800 families over the year.

“That’s about all we have left at the moment,” said Linda Goodman, acting commissioner of the state Office of Early Childhood. “We have to get the caseload to a point of sustainability, whatever the budget is going to be. We have to be at the level we can support.”

Reaching a sustainable caseload would require reducing the number of families that now participate in the program. Currently, 15,404 families are enrolled in Care4Kids, which provides child care subsidies that range from $38 to $320 per week. The agency is considering phasing out the subsidy for those who are not teen parents or do not receive cash welfare benefits, or have not received them in the last five years.

Right now, anyone earning below 50 percent of the state’s median income is eligible for the program. For a single mom with two children, that’s $44,000. But the agency can only eliminate from its rolls those parents who are not receiving cash welfare or who are not teenagers.

Complicating the situation – and increasing costs – the governor’s budget office halted the Office of Early Childhood’s initial plan to begin reducing existing enrollment in the program. The reduction was set to be announced Monday (10/17).

Chris McClure, a spokesperson for the budget office, said they are “continuing to evaluate available options.”

“The program serves an especially vulnerable population and we want to make certain we have examined all options prior to moving forward with any changes,” McClure said.

Some child care advocates have expressed concern that reducing the size of the program could mean Care4Kids remains available only to the most destitute families in the state. Lt. Gov. Nancy Wyman said the governor’s budget office is working to try to find a way to avoid that.

But delaying the agency’s move to begin shrinking the program only means its budget deficit – the size of which is disputed, but is at least $8.7 million according to the governor’s budget office – will continue to grow in the meantime. Advocates worry this means that even larger numbers of people will need to be kicked off to make up for a shortfall.

Officials from the Office of Early Childhood had hoped they closed the program’s budget gap back in June when they announced an enrollment freeze and a wait list for families who still wanted to participate in the future. Goodman said that move only managed to half the original projected deficit, and it is becoming increasingly doubtful that the 1,369 families that have joined the wait list since July will begin getting a subsidy anytime soon.

Cost projections for the program rose dramatically earlier this year after federal changes for all state daycare subsidy programs were announced.

The changes are projected to add $34 million in new costs for the program in the current fiscal year, and insufficient federal funding accompanied the new requirements. Of the program’s $122 million budget, about $53 million comes from the federal government.

“These changes, really, for most states, are meaning that fewer families and children will be served, but they will be served in higher quality,” said Harriet Feldlaufer, director of the Office of Early Childhood’s early care and education division. “Continuity of care will be ensured – and health and safety – but not necessarily for the number of children that we have currently been serving.”

But removing less-impoverished families from the program could keep parents from being able to go to work, Wyman said, adding that it could have “a domino effect.”

Maria Isabel Egas, who runs a daycare out of her home in West Haven, said during an interview she will be one of those dominos.

“It’s crazy, because the people who rely on Care4Kids rely on it to go to work, including me,” she said.

Anticipating this crisis earlier this year, Gov. Dannel P. Malloy wrote the leaders of Congress’s budget-writing committees in June to ask for a bailout from the federal government.

“Absent an increase, Connecticut, like many other states in the nation, has no choice but to serve fewer families. This creates a tremendous hardship on our working families, many who will be at risk of losing their jobs, and thus losing their opportunity to enter and remain in the economic mainstream,” the Democratic governor wrote.