Home » Cover » What do Trends in Immigration Enforcement Under the Trump Administration Mean to you? 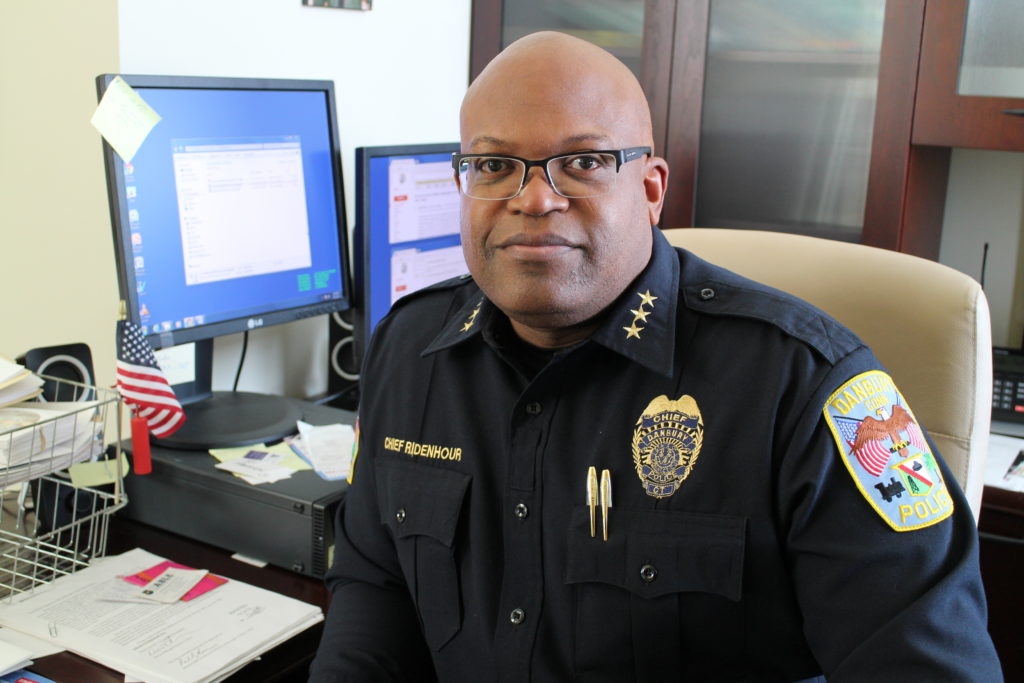 What do Trends in Immigration Enforcement Under the Trump Administration Mean to you?

In 2008, President Barack Obama came into office talking about immigration reform as one of his key legislative priorities, and with the other things that were competing for time and attention from Congress and the administration in the first year or two, that didn’t happen.

Amidst the recession and budget struggles, health care became the priority and an immigration reform bill didn’t go forward. Moreover, while that didn’t happen, the administration pursued an aggressive enforcement agenda, making the numbers of people being deported each year under the administration record breaking. Within the first two or three years of the administration, they rose to more than 400,000 a year, which represented a historic high.

The laws that were on the books were heavily enforcement-oriented laws. The balancing factor was the executive action that the administration took in an effort to create a more balanced policy, like the Deferred Action for Childhood Arrivals (DACA) program.

President Trump has a different approach. Unlike Obama, who waited for his second term in office to use executive orders to tackle the issue, Trump began the first 100 days of his administration issuing executive orders on immigration and dramatically expanding the priorities that determine who can be deported. Focusing solely on enforcement, there wasn’t any clear plan on what to do with all the millions of undocumented immigrants living in the country.

This “reprioritization – non-prioritization really” – of who is deportable is “one of the most troubling aspects of Trump’s executive order on interior enforcement,” according to Melissa Keaney, staff attorney at the National Immigration Law Center (NILC).

Keaney, who spoke during a national webinar on Trump’s executive order signed last month, said the changes to deportation priorities will come into effect immediately. The order also calls for the construction of a wall along the U.S.-Mexico border and an increase in the number of Border Patrol agents.

Under Obama, certain criminals and recent arrivals were prioritized for deportation; under Trump, the definition of “criminal” has been expanded so much that it can be used to target almost anyone.

Trump’s new priorities for deportation include: anyone who initially entered the United States without documents; anyone with a final removal order; anyone charged with a criminal offense in which the charge has not been resolved (even if the charge was dropped); and anyone who “committed acts that constitute a chargeable offense” (even if they were never charged).

The last two categories are the most troubling, said Keaney, and the last category is “a new standard that we have never seen.” It is one that is so vague and broad that it is difficult to know how it will be enforced, explained Keaney, noting that it has no statute of limitations.
“I think that this is one of the most concerning aspects of the executive order, particularly because we’ve seen in the past how this lack of prioritization at the federal level really incentivizes racial profiling,” she said.

Trump also issued an executive order to withhold federal funding from sanctuary cities, which are cities and towns that have publicly declared they are not going to do the work of a federal officer in enforcing immigration law.

The federal government is tasked with enforcing immigration laws,  not local police or agencies. Federal officials are responsible for their own agents, gathering their own information and holding suspects in their own detention facilities. Phone calls and email messages to U.S. Immigration and Customs Enforcement are simply not returned.

According to a TrendCT.org and The Connecticut Mirror (CTMirror) report, Hartford and New Haven, which have large immigrant populations, are among dozens of cities in Connecticut with police departments that have established policies of not asking the immigration status of those they arrest or those who contact police.

In 2013, Connecticut passed the “Trust Act,” which allows state and local law enforcement agencies to ignore a federal “detainer” for an undocumented resident who hasn’t committed a serious felony or been identified for other reasons, such as being in a database of gang members or suspected terrorists. A detainer is a request from immigration authorities to hold undocumented residents beyond their normal release date.

The report shows correction and law enforcement officials in Connecticut declined 48 ICE detainers between Jan. 1, 2014, and Sept. 30, 2015, per ICE. While Danbury has not been declared a sanctuary city, the Federal Correctional Institution in Danbury declined five detainers, and the New Haven Correctional Center, which has sanctuary city status, declined six.

In addition to expanding the definition of who is deportable, Trump has also authorized the hiring of 10,000 new ICE officers, representing a tripling of the agency’s size, and the ramping up of the 287(g) program, which allows local police officers to become immigration officers, and reverts the Priority Enforcement Program (PEP) back to Secure Communities.

What do the changes mean to local law enforcement?

Kari Hong, a Boston College law professor who specializes in immigration, told the CTMirror that the federal government first began asking cities and states to work with them on deportation enforcement by running background checks on those they arrested and then detaining any undocumented suspects indefinitely until Immigration and Customs Enforcement officials (ICE) could determine whether they were deportable under President George W. Bush’s Secure Communities Program. The Obama administration expanded the controversial 287(g) program, which eventually evolved into President Barack Obama’s Priority Enforcement Program.

Cities cooperated at first, but things changed. Federal officials told cities they would get rid of serious criminals like drug dealers, rapists and murderers, but statistics showed that about 40 percent of those deported had no criminal record and 16 percent were deported for minor crimes, such as driving without a driver’s license, Hong said.

It’s not a necessity for local police to determine whether or not someone is undocumented, said Monroe Police Chief John Salvatore, who is president of the Connecticut Police Chiefs Association.

Last fall, the new Danbury Police Chief, Patrick Ridenhour, replied emphatically in an exclusive interview to the Tribuna when asked about the immigrant community challenges, “Immigration is not an issue for the local police,” referring to the 287g program implemented in 2009 in Danbury.

At the time, the program allowed two Danbury police department detectives to have access to the immigration database, in addition to training to act as immigration agents, with the power to arrest criminal immigrants. The program left the immigrant community scared and troubled in part due to a bad roll out, with no effort to engage and educate them about the program’s focus. Many in the community were afraid to even go out of their homes, or to report crimes to the police because they were in fear of being deported. An exodos of immigrants from South and Central America hit small businesses along Main Street hard as they watched their revenues decline. Some had to close their doors.

“I think diversity is what makes the community great. I don’t believe it is our role as a police department to be oppressive in any way to any community. Certainly, we are here to protect and to serve. I really think it is important for everyone to understand that our police department is here to serve everyone. It is important for us to know when you are having problems. Don’t be afraid to call the police; don’t be afraid to speak with police officers about concerns that you may have. We are supposed to be welcoming to everyone.”

Lessons Learned on “A Day Without Immigrants”
PeaceJam Connecticut Conference