Home » Cover » Another Year Ends: What Are Your Expectations for the New Year? 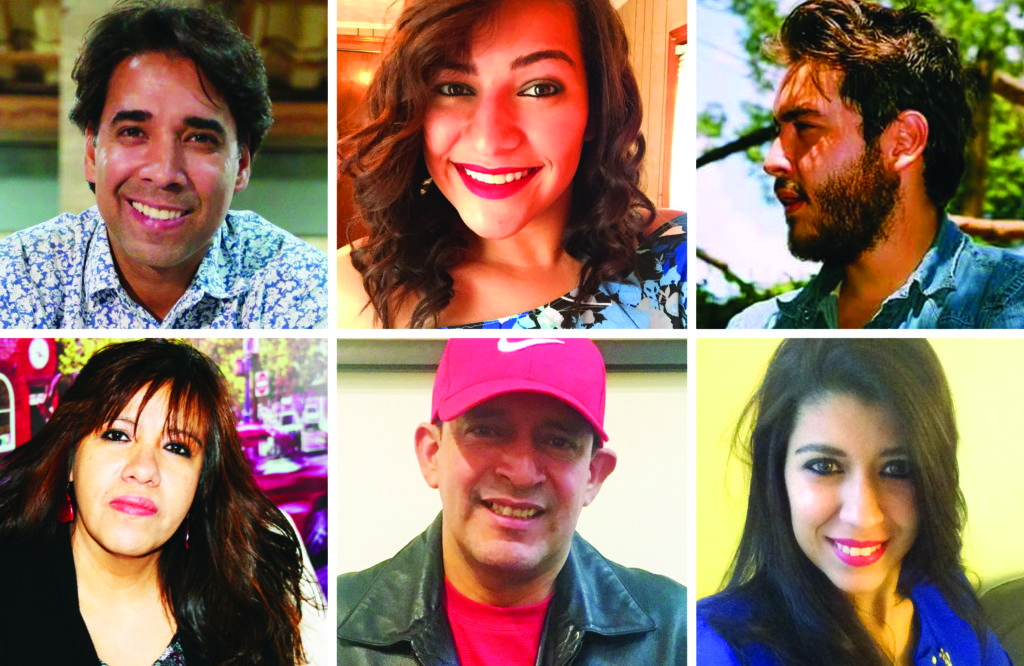 Another Year Ends: What Are Your Expectations for the New Year?

Hope and dreams are renewed in every new year. Tribuna interviewed some residents and listened to their aspirations and wishes for 2017.

For Rafael Lozano Caballero of Peru, there is no “bad” time and hope for better days is a constant in his life. “I always try to be hopeful about the future. I hope next year will have many job offers and prosperity for all. At the very beginning of the year, I want to apply for my American citizenship and go on with my life, working and pursuing the so desirable ‘American Dream.’ I believe people should not be afraid of anything. It you are on the right path, there is no reason to be afraid. I wish for a prosperous and happy 2017 for all,” he emphasized.

Brazilian Pastor Elizabete Luiz has lived in the United States for almost two years. She has the great expectation to fulfill her dream of attaining legal residence in the country.

“I hope to see a fair government in 2017 and that we can, somehow, have legislation that will help us. I believe that having legal status is the dream of many immigrants. One of my goals for the next year is to attend an English class and to evolve here. The opportunities here are many, but we must be dedicated. I also hope that the government will be just and not forget the churches.”

Although there is a climate of concern and uncertainty when the subject is the new administration, Jonathan Coelho, a Brazilian journalist, believes that good surprises may lie ahead.

“I am not keeping my expectations too high because Trump is a ‘joker card’; we don’t know what he is capable of. I do believe that people in the United States must have an open mind, because Trump has already shown actions and projects that are completely contrary to his rhetoric during the campaign. With regard to the undocumented population, I think that he will neither be so radical nor we will have mass deportation,” he stated.

Following the optimistic trend of thoughts, Karla Dacunha keeps her hopes up for the new year. “I hope for a better year, with many victories and successes. About the country, I hope the country’s economy can operate as in previous years, creating many job opportunities for everyone.”

The Brazilian student Adenilson Sousa has been in the country for almost two months and he likes the experience of learning and immersing himself in American culture.

“I came here to learn English and I am loving the immersion in a culture that is very different from mine. Although I will be here only until April, I have great expectations for the beginning of the new year.”

“In Brazil, I work in public administration and I know that government changes do not happen instantly. I hope that the president-elect won’t opt for mass deportation of immigrants. In the short time that I have been here, I have had an opportunity to meet many immigrants who are making great contributions to this country. Therefore, I hope that the new year brings many accomplishments and positive changes for everyone who lives in the United States,” he highlighted.

For Irma Sanchez, a naturalized American who has lived in the United States for more than 20 years, hopes are always for a better future.

“My family and I live in Danbury and we hope for a lot of work and success in 2017. We recently opened a Mexican restaurant on Main Street, El Papaya, and we are working hard to make sure our business will excel and benefit the local economy. I believe that people should not be afraid. We must obey the law of this country and let our lives follow a natural course. I also hope that undocumented immigrants will have some kind of support and an opportunity to become legal residents.”