Home » Cover » A New Time for the Danbury Police Department

A New Time for the Danbury Police Department 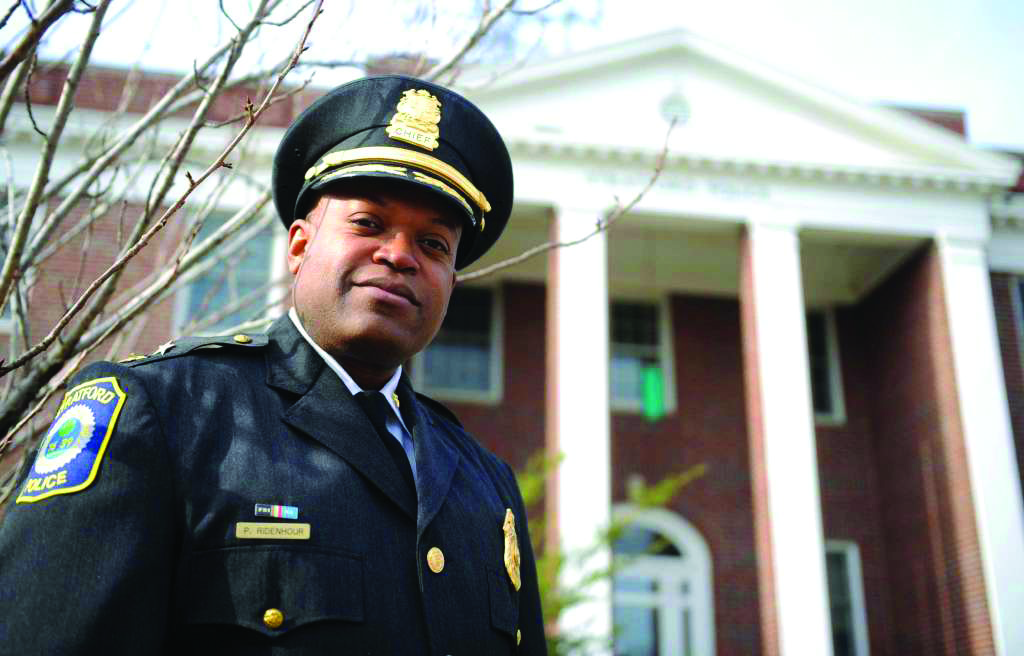 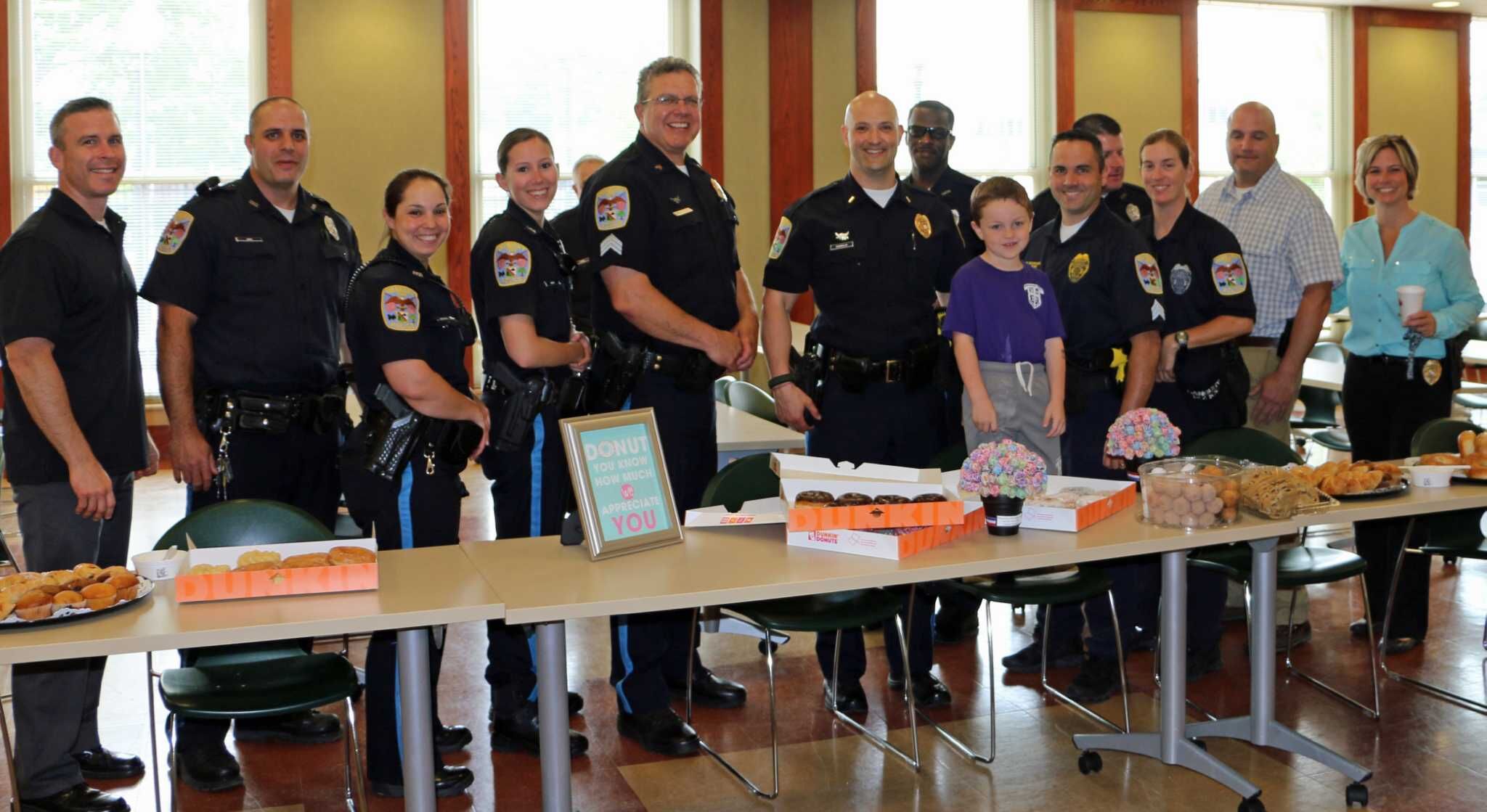 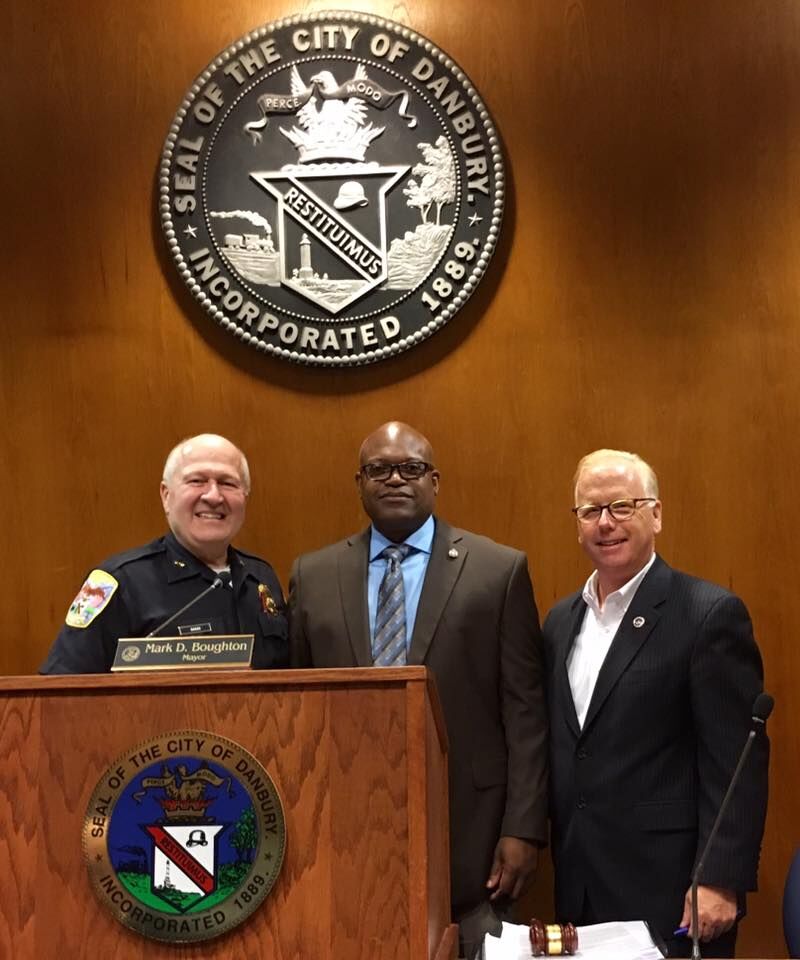 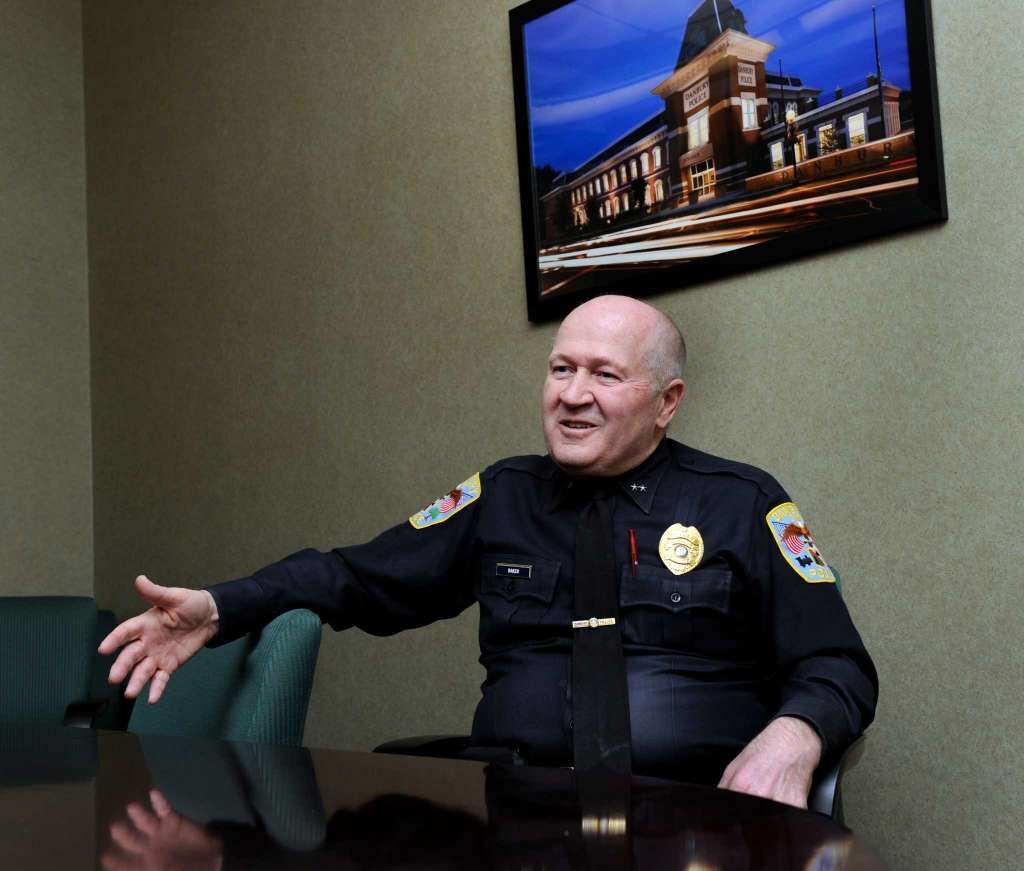 In July, the new Danbury Police Chief, Patrick Ridenhour, was sworn in, replacing Alan Baker, who retired after 11 years in that position. The swearing-in ceremony was held at Danbury City Hall, alongside local dignitaries.

It is the first time in the history of Danbury that an African American has served as chief of police. In his professional trajectory, Chief Ridenhour began his career in 1988, in his hometown of Waterbury. There, he served in the police department until 2008. In the following year, he became the deputy chief of the Stratford Police Department, where he was promoted to chief in 2012.

According to Danbury Mayor Mark Boughton, the recently nominated chief faced a strict selection process. “We held a rigorous selection process and it was Chief Ridenhour that truly shined. He showed the leadership experience and values necessary to continue moving the Danbury Police Department forward,” Boughton emphasized.

Engaged in educational and community issues, Ridenhour explains that he has a heart for community policing and that he believes it is an important foundation for a good relationship with the community, especially when working with different immigrant groups.

When asked about the immigrant community challenges, Chief Ridenhour’s answer was emphatic, saying that immigration is not an issue for the local police, referring to the 287g program, which after being approved by ICE was implemented in 2009 in Danbury. The program allowed the local police department to have access to the immigration database, in addition to training two police officers to act as immigration agents, with the power to arrest criminal immigrants. That program left the immigrant community scared and troubled, afraid to even go out of their homes, or to report crimes to the police because they were afraid of being deported.

“I think diversity is what makes the community great. I don’t believe it is our role as a police department to be oppressive in any way to any community. Certainly, we are here to protect and to serve,” said the chief, emphasizing that the police department is for everyone. “I really think it is important for everyone to understand that our police department is here to serve everyone. It is important for us to know when you are having problems. Don’t be afraid to call the police; don’t be afraid to speak with police officers about concerns that you may have. We are supposed to be welcoming to everyone.”

Ridenhour’s message is simple: “If you ever feel that you aren’t being treated properly by any of our officers, you need to contact me and we will do a thorough investigation and take the appropriate action. I want everyone to feel that it is their police department because it is your police department and I am just a public servant.”

For Mayor Boughton, the new chief has already demonstrated dedication and willingness to work for the community. “In his short time as Chief of Police, Patrick Ridenhour has done extensive outreach within the community and continues to show his willingness to put in the hard work. I believe that he will continue to excel in this position. With our strong team of officers behind him, we can expect continued dedication to the community with Chief Ridenhour at the helm.”

The wave of creepy clowns

Over the last couple of days, several complaints were made by local residents about the presence of clowns around the Western Connecticut University campus in Danbury. According to the police chief, every measure was taken to investigate, but all of them seemed to be rumors disseminated through the social media to scare people.

“We take all of these threats seriously. It is unfortunate. That is something that started on the other side of the country but it did blow up because of social media. Within the city of Danbury, I know there were some concerns. We did have an extra presence at the two middle schools for the last couple of days. There was one possible sighting of a clown, but it turned out to be unfounded. But outside of that, we really haven’t had any other issues here in the City of Danbury. We are monitoring the situation. I know some arrests have been made in some other parts of the state because of copycats.”

The chief explained that no complaints are ignored, and safety always comes first. “It is unfortunate because of things that have happened over the last several years, particularly in our schools. I know people get on edge anytime they hear something, and it is taxing upon our resources but we do understand that we can’t ignore any of these things. We need to do an investigation and make sure that there is no credibility to it – make sure of the safety of the kids.”

If anyone has any questions, or has seen something or has any concern, the chief advises: “They should call our regular dispatcher number and, obviously, if it is an emergency, they should dial 911 and we will handle it appropriately. If it is not a 911 call, our 911 operators can transfer to the regular line.”