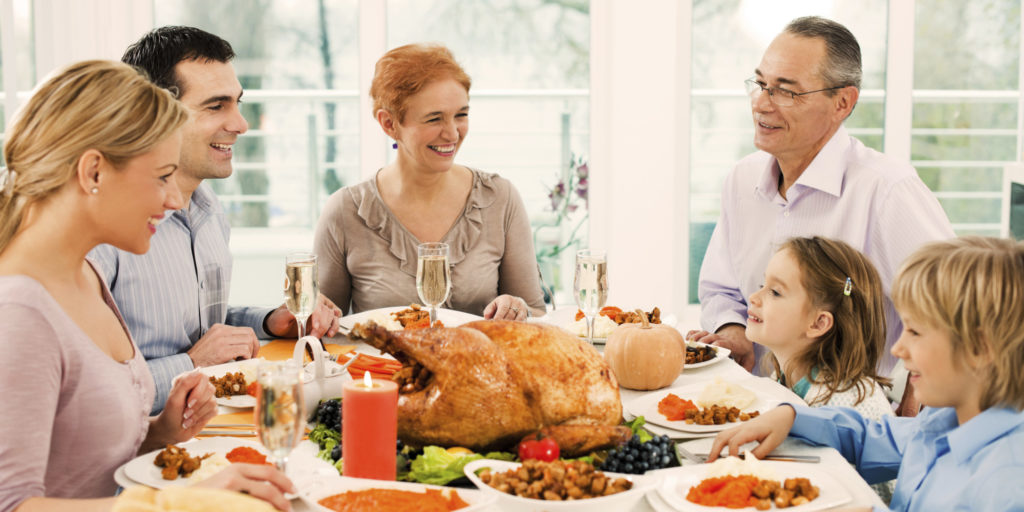 Americans, as well as Brazilians, are culturally prone to celebrations; both enjoy living well and celebrating life. Unlike in Brazil, in the United States, there is a national holiday that halts the country in a noble and captivating way, for it is a day of gratitude, when families and friends gather to feast and together be thankful for all the good things that have happened to them throughout the year.

Thanksgiving Day is undoubtedly one of the most poignant and most celebrated national holidays in the U.S. territory.

It all began in the 17th century, in November of 1620, when a group of 102 English pilgrims landed in Plymouth, MA, fleeing religious persecution in Europe. After the harvests were severely impaired by the harsh winter, the settlers had a good harvest of corn in the summer of the following year, 1621. It was at that time when the current governor, to be thankful for the abundant harvest, decided to institute a holiday to “give thanks.” Until the present, it is known as “Thanksgiving Day.”

At the time, the pilgrims invited the Native Americans to participate in the celebration. After all, they were the ones who had taught the pilgrims to plant and hunt. In 1863, President Abraham Lincoln decided to turn Thanksgiving into a national holiday. And since then, this holiday is celebrated with many good deeds nationwide. Charitable institutions provide meals to poor people, and send food baskets to the sick. U.S. Americans feast with family, watch American football on television or go out to watch street parades.

The holiday is always celebrated on the fourth Thursday of the month of November and immigrant communities living in the United States have also learned to rejoice in it. The welcoming and heartwarming vibes are contagious at this time of the year, especially in the form of invitations to share the feast and to host new friends at home.

As a typical family holiday, during Thanksgiving, it is common for people to get a few days off to go on short or long trips within the country. Those trips are for families to gather around the table to give thanks and celebrate because one of the main highlights of the celebration is the food. There is great abundance of food, including the traditional turkey (the holiday is also known as “Turkey Day”), sweet potatoes, mashed potatoes and a variety of pies, such as pumpkin, apple and pecan, among many other traditional dishes.