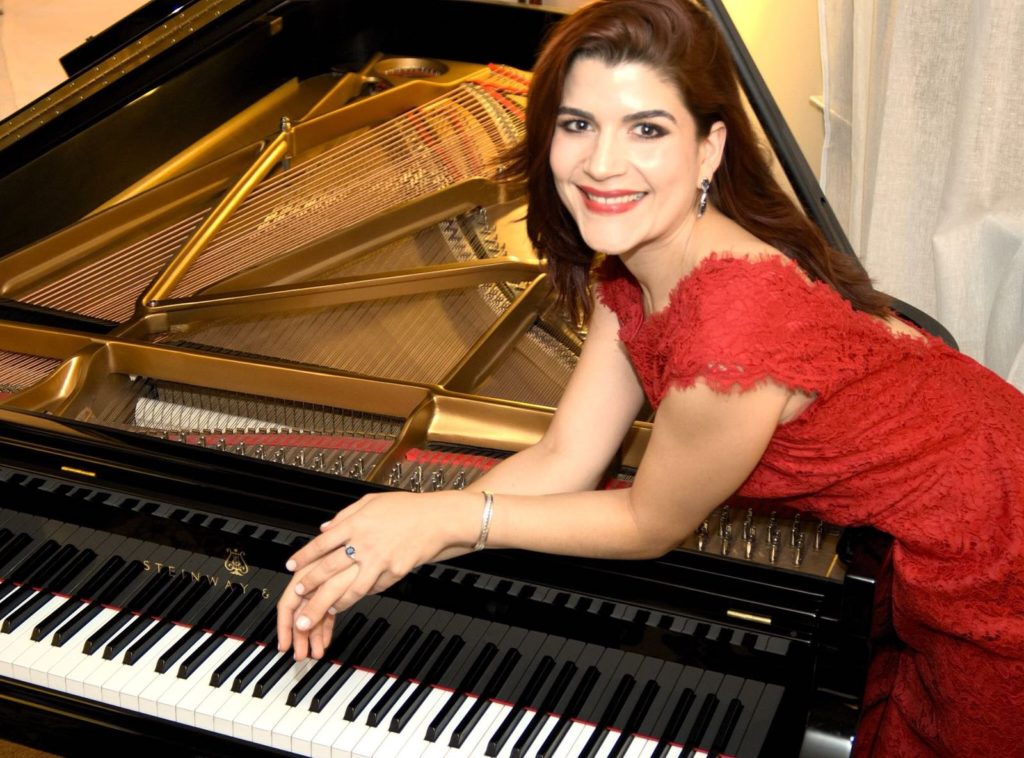 Music is one of the passions that accompanies a human being during his or her evolution process. In addition to acknowledging and surpassing cultural and economic boundaries, music is for many people the food that nourishes their soul. We can observe that in both the United States and in Brazil, love for music is widespread and stimulated from childhood.

Rebecca Batista de Almeida stirred her passion for music at a young age singing in a chorus at her school in Rio de Janeiro, Brazil. The piano came into her life a little later, but with full strength, and it remains with her until the present day.

The Carioca (a native of Rio de Janeiro) pianist completed her bachelor’s degree in Music with specialization in Piano at the Federal University of Rio de Janeiro (UFRJ). After being invited to study in Germany and then in the United States, Almeida decided to immigrate to the state of Connecticut, and pursue a master’s degree in Piano Performance and Pedagogy. Today, she calls this part of the world home.

Almeida shares that she advocates avidly for teaching music to all ages. The benefits of music are beyond emotional and social development. It has been proven that music helps the development of intelligence and cognitive abilities, which makes it even more important for children.

Musical activity, whether playing an instrument or singing, demands long periods of attention focused on visual, audio and motor skills, which, in turn, promotes a high level of cognitive skill in other areas, such as mathematics, language learning and science, among others. As if that were not encouraging enough, children and adults dedicated to playing an instrument or who have been singing for years have demonstrated higher IQ scores.

Rebecca shares that something unusual happened while studying for her master’s degree in piano. Much to the despair of her teachers, who wanted her to focus on the piano, she allowed herself to be seduced once again by a dormant passion – singing.  And what seemed to be just a hobby like so many others, singing in church or in concerts among friends, ended up completely captivating her heart.

Nowadays, Almeida sings with several opera companies in Connecticut, such as the CT Lyric Opera and the Hartford Opera Theatre. Since 2016, she has brought her voice to Tuscany in Italy, where she returns every summer.

The Brazilian pianist and mezzo-soprano divides her time between her job as Minister of Music, her piano, singing students, opera characters, playing in musicals and concerts and singing at events with in duets with her husband, Blake Hansen, who also plays piano.

In conclusion, Almeida shares that she expects the beautiful art of music to penetrate more hearts and attract even more supporters!

Columns little brazil
Community College Consolidation Is a Risky Experiment
When Someone Shows You Who They Are, Believe Them