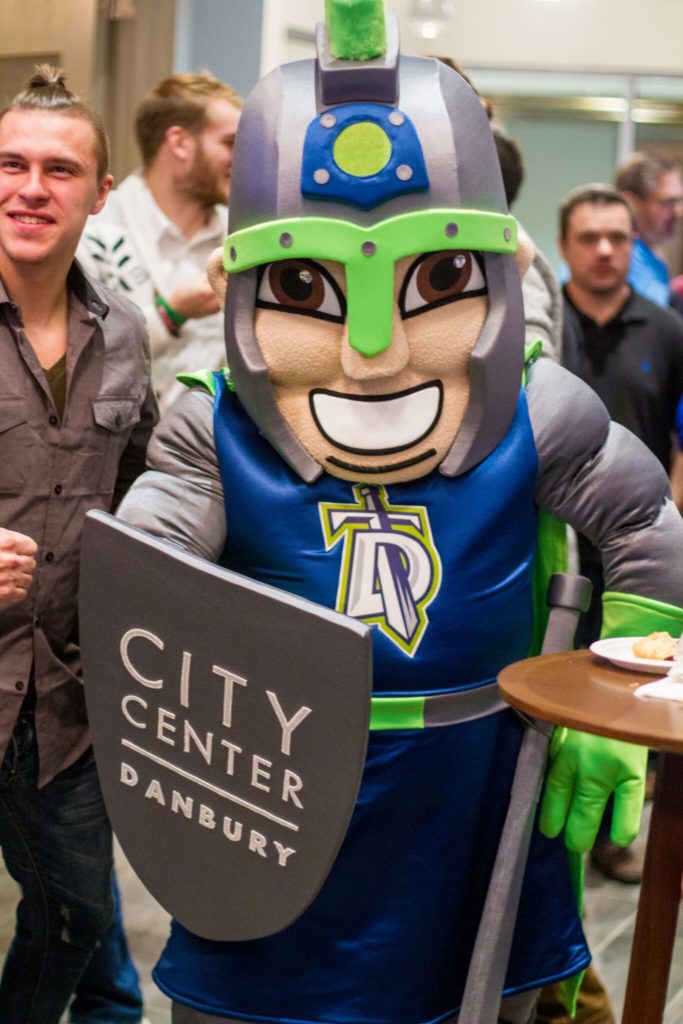 The sense of excitement and anticipation was palpable among the players and the fans at the season opener on Friday and under the quiet intensity of new head coach David Lun, the Danbury Titans rallied in overtime for a 7-6 win over the Berlin RiverDrivers.

The RiverDrivers jumped out to an early lead, and Danbury’s Mike Dolman answered back with a goal to even the score, but the first period ended with a second goal by the RiverDrivers. The Titans came out strong at the very start of the second period, with Nikolai Okhlobystin scoring a goal to once again tie the score. The scored stayed tied until the end of the period, when the RiverDrivers nailed two goals in quick succession to end the period ahead of the Titans.

The Titans had fans on the edge of their seats as they blasted back with three straight goals in the third period courtesy of Yuto Osawa, Matt Graham and Martin Uhnak. The RiverDrivers bore down and scored two goals within a minute of each other to give the lead back to Berlin. But then Titans team captain Dean Yakura made the game-tying goal to send things into overtime. In a breakaway move with the crowd on its feet, Titan newcomer Dalton Jay scored the game-winning goal.

This year, team ownership is working not only to have a great team, but to also make the games even more fun for fans. At Friday’s game, the local Irish rock band, Mighty Ploughboys, kept the energy going between periods. Much to the delight of young fans, Danbury Titan mascot Klash made the rounds through the crowd and helped rally cheers throughout the night. Plus, there is also the new VIP lounge area courtesy of iDeal furniture and the Mobile Rescue + Papa John’s blimp!

After Friday’s game, the team was then off to Watertown on Saturday to face the Watertown Wolves, now coached by former Titans coach Phil Esposito. The Titans fell to the Wolves, but headed back home on Sunday to a scorching 6-1 win against Berlin.

With three games under its belt, Danbury has a 1-1-0-1 record on the season, putting the team in first place in the standings. With much of the season ahead of them, the Titans have their eyes on the prize to bring home the championship title.

The Danbury Titans players come from around the globe – the United States, Canada, Japan, Russia and Slovakia. Their energy and passion is infectious, as evidenced during a preseason party with fans held at Kennedy Flats. Many of the players repeatedly commented that being able to play hockey in a professional league is a dream come true. And, they hope to return the favor and deliver big wins for their team and their loyal fans. So far, so good.

Now the team will rest up and prepare to face off against the Danville Dashers before visiting the St. Clair Shores Fighting Saints. The next home game is Saturday, November 12 at 7:15pm against the Watertown Wolves.

For the game schedule and ticket information, visit danburytitans.com, or call 844-DT-HOCKEY, or check it on page ____ of this issue.