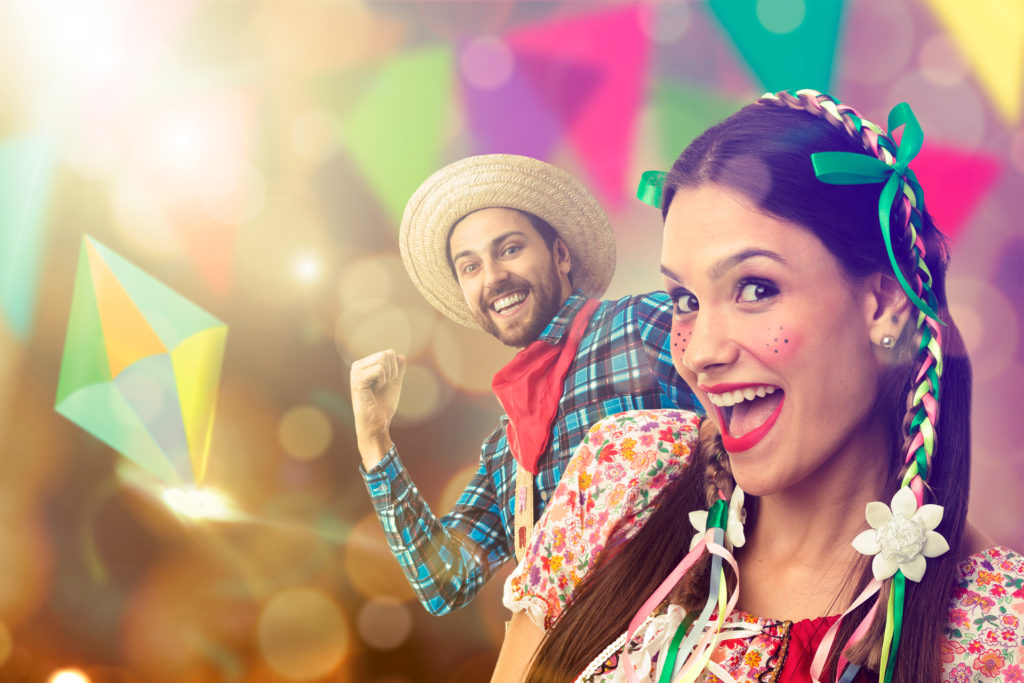 ‘Festa Junina” in the United States

It’s no secret that Brazilians are very enthusiastic people by nature, who love to rejoice. What many people may not know is that during the month of June, the “Festa Junina” (June Festival), also known as the “Festa de São João” for celebrating the nativity of St. John the Baptist (June 24), is celebrated nationwide. It is a traditional, cultural and popular festivity that surpasses the cultural barriers that exist in each state and it takes on epic proportions in all regions, especially in Northeastern Brazil. At the beginning, Festa Junina had a strictly religious connotation and was mainly held to pay tribute to Catholic solemnities like Saint John and Saint Anthony.

Traditionally, the Festa Junina begins on the 12th of June, on the eve of St. Anthony’s Day, and ends on June 29, on St. Peter’s Day. The main festivities take place on the 23rd and 24th when St. John’s Day is celebrated. These three Catholic saints are thus worshipped in the month of June.

Nevertheless, historians affirm that the origins of the Festa Junina are pagan. Even before the Middle Ages, celebrations announced the summer and winter solstices (events occurring when the Sun appears to reach its most northerly or southerly excursion relative to the celestial equator on the celestial sphere), honoring nature and fertility deities.

The Catholic Church ended up joining the festivities, imbuing them with a religious attribution because they could not stop the Festa Junina’s growing popularity.

In Portugal, (the country that colonized Brazil), the dates of the festivity have coincided, and they have started to commemorate Saint John, calling the celebration Festa Joaninas. In the Lusitanian country, the St. John’s party held in the city of Porto is very well-known, attracting thousands of people who celebrate on the streets every year.

In Brazil, the Festa Junina was introduced by the Portuguese in the colonial period, and since then, the celebration has been influenced by African and indigenous cultures and, therefore, has developed unique characteristics in each part of Brazil.

When Brazilians migrate, just like any other immigrants, they bring with them some of their most rooted traditions like the Festa Junina. Here, in Connecticut, numerous families host and celebrate St. John in their backyards the same way it is celebrated in Brazil, with colorful and checkered clothes like farmers, many games, bonfires, typical Brazilian food made of corn, music and the quadrilha (a typical festa caipira, as it is known in some states of southern Brazil, which resembles a type of traditional square dance).

Many U.S. citizens married to Brazilians also enjoy the festivities, which have become a tradition in immigrant communities in Connecticut. Today, almost 70 percent of the public that attends the well-known and anticipated Festas Juninas hosted in the homes of Brazilians are U.S. citizens, who have experienced it once and come back bringing other families to join. That trend has helped grow the number of attendees of one of the most popular Brazilians festivities in the United States.