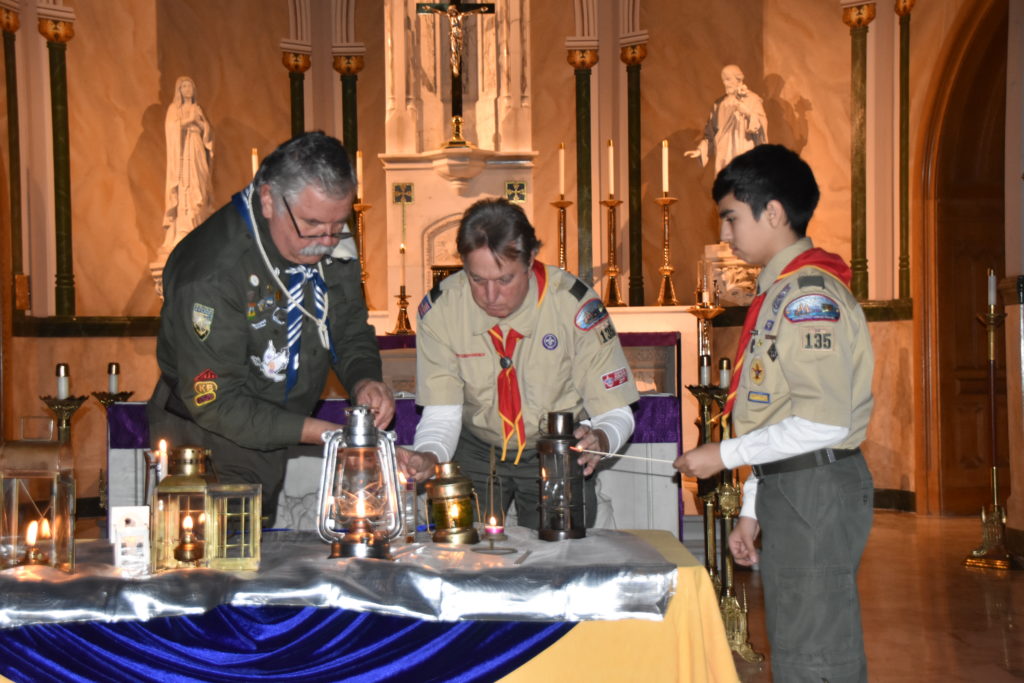 As we set a warm tone for the holiday season, I would like to share an uplifting and beautiful initiative I witnessed recently while attending the Peace Light distribution in our city of Danbury.

The Peace Light of Bethlehem is a program inaugurated in Austria in 1986 as part of a charitable relief mission for handicapped children and people in need. It has traveled to more than 20 countries in Europe, as well as the Americas.

That year, the Austrian Broadcasting Company chose a child, along with some officials, to visit the Church of the Nativity in Bethlehem, Israel. Inside a grotto at the church is an eternal flame symbolizing the light of Christ in the world.

For the past 18 years, the flame has flown to New York City annually, to spread across the United States. The Peace Light Arrival Ceremony and First Transfer in USA at Our Lady of the Skies Chapel, Terminal 4, Upper Level JFK International Airport in Queens, was held on December 1, 2018.

“Gary came to see me, and he wanted to talk about the Peace Light, and he gave a long and beautiful explanation about the light of Christ. He wanted to turn the event into something bigger, and I suggested to turn it into a prayer service and invite the entire community,” explained Falbo.

This year’s local Peace Light service event was held at Saint Peter’s Church on Main Street, Danbury, on December 7. Aside from the inside service, an outside bonfire managed by scouts, brought together over 100 adults and children to experience the light of Christ, listening to carols and drinking hot cocoa served by the Saint Peter Youth Services Group.

“It is customary for guests to bring a candle or lantern to the JFK or the local service and receive the light. They then go on to bring the light back to their own individual, church, organization or homes to share the light further with neighbors and friends. The light passes the message and joy of peace and harmony across their community until New Year’s Day,” explained Prybylski.

For Rusty and Ulana Slabicky, both first-generation Ukrainians born in New York City, and currently Danbury residents, “The Peace Light of Bethlehem is a way for Ukrainian scouts to join together on Christmas Eve to celebrate and unite in one community, even though we are scattered across the globe, by sharing the one light from the same source.”

Rusty and Ulana are both retired engineers, and Scoutmasters with the Plast Ukrainian Scouts Organization, the largest scouting organization in Ukraine. They started with the Peace Light distribution in 2010.

At a time when many people feel anxious about how divided the world seems, Rusty Slabicky shares his belief in the light of Christ: “The Peace Light of Bethlehem provides a guiding symbol for everyone to walk out of the darkness together and come together as a community. As someone mentioned: ‘We may be divided into left wing or right wing but remember that we are the same bird. I wish peace, family, friendship to all. Danbury’s diversity is its unity!”

There are no restrictions or constraints to any national heritage or religious affiliations to participate in the Peace Light distribution. Everyone is welcome!

For more information about next year’s Danbury Peace Light event, contact Gary Allen Prybylski at 203-312-4588 or visit PeaceLight.org to learn more about the celebration.

Each year, a child from Upper Austria fetches the light from the grotto in Bethlehem where Jesus was born. The light is carried in two blast-proof miners’ lamps on an Austrian Airlines jet from Tel Aviv Israel to Vienna, Austria, from where it is distributed at a Service of Dedication to delegations from across Europe who take it back, with a message of peace, to their own countries. Austrian Airlines then flies the miners’ lamps containing the Peace Light from Bethlehem to New York City. 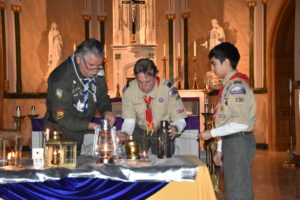 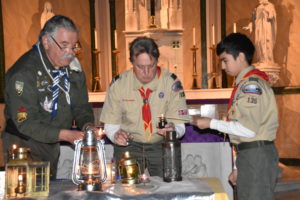 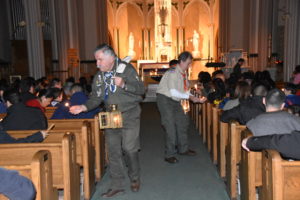