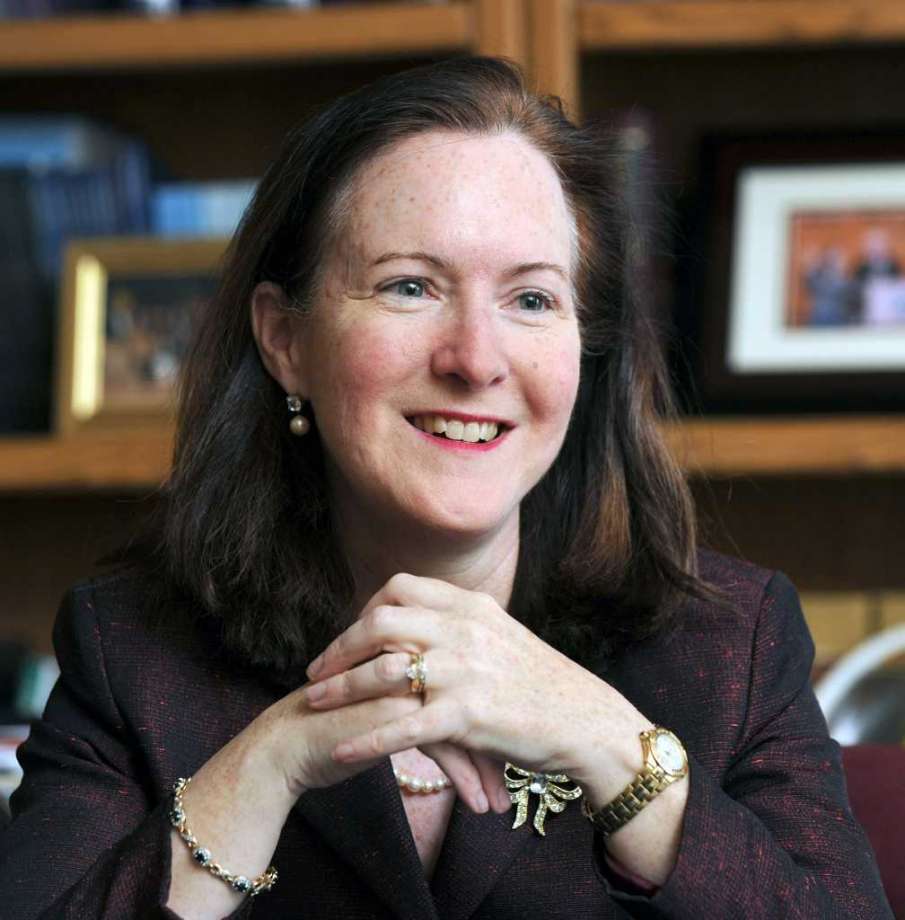 Probate Judge Dianne Yamin: An Example of Kindness and Passion for Service

She has practiced ballet since the second grade, stopped for about ten years after law school, then started again, and currently takes a weekly class at the SAS School of Dance in New Fairfield. She also happens to be Danbury’s first female probate judge, the youngest jurist ever in the State of Connecticut, elected in 1990. She was the first woman to serve in the role of chair of the Greater Danbury Chamber of Commerce, and she was nationally recognized and profiled in a feature article by the American Bar Association in 1995 as one of “21 Young Lawyers Leading us into the 21st Century,” among many other honors.

“I will never forget the first moment I ever laid eyes on the amazing woman I’m so proud and blessed to call my wife,” shared Attorney Robert J. Yamin, the Corporation Counsel and Chief Legal Officer of the City of Danbury and Director of Legal Services, and Danbury Probate Judge Dianne Yamin’s husband.

Robert and Dianne met as he was walking into a Danbury Bar Association dinner meeting, and he caught sight of Dianne while looking for an empty seat. “It was fate!” he said.

“It took perhaps thirty seconds for me to realize that this was a very, very special, very unusual young woman. She exuded serenity, which is a gift for a judge, who must daily make life and death decisions, and genuineness, not a whiff of pretense.”

It was Robert’s confidence in Dianne that encouraged her to take a chance and run for Danbury Probate Judge while she was in her fourth year of practicing law.

Rebecca Yamin, one of Judge Dianne’s daughters, shares how, despite a demanding and very stressful job, her mother’s uplifting and remarkably positive and optimistic spirit inspires not only them but also everyone else around her. “I admire and never cease to be inspired by her unending patience and compassion, both in her work life and in her personal life.”

Like Becky, as the family calls her, her sister Samantha also feels easily moved by their mother’s “unlimited ability, and willingness, to devote so much time and boundless energy and heart to so many people that need her so much in the community. How lucky my sister and I are to have such a role model!” she said.

A role model, by definition, is a person whose behavior, example, or success is or can be emulated by others, especially by younger people. Yamin also shares about the people that have helped shaped the person she is today.

“My greatest mentors have been my parents and my friend, Lila Shaker, who passed away a few years ago. Lila was my supervisor at Barden Corp. during my summer jobs there, and she insisted I speak up (I was painfully shy!) to let people know what I was capable of.”

“My father taught me patience, and my mother, a sense of humor; she has uncommon common sense. They taught our family to never argue…to always talk things out. To this day, I have never really had a fight or disagreement with anyone. I am one of the Probate Judges on the Mediation Panel and find it to be a remarkable program where individuals can work out highly litigated cases to a fine resolution.”

“Life is too Short”

For Yamin, there is no time to waste. “I feel I am self-driven and always have been. This comports with my life’s motto of ‘Life’s Too Short,’ so I want to do as much and be as much as I can. I don’t ever want to waste time. I want to work hard, play hard (travel, friends, family), travel the world as much as I can, and volunteer a great deal because there is so much need in the world.”

Speaking of traveling, Yamin’s bucket list for 2019 includes a cruise to Germany and St. Petersburg, Russia. “Our priest, Father Naji Kiwan of St. Anthony’s Church, is also taking Bob and me to Lebanon! We are so grateful for that opportunity!”

In Yamin’s intensive general practice as an attorney at Yamin & Yamin, LLP, along with husband Robert and brother-in-law Raymond Yamin, she has experience handling divorces, estate planning, social security disability and real estate.

On January 8, 2019, Yamin was sworn in for her eighth four-year term. In her view, the ceremony was a celebration of the Probate Court system, those it serves and those who serve in the Court. “Our Probate Courts assist the most vulnerable in our society…the elderly, the mentally ill, children and the intellectually disabled, to name but a few,” said Yamin.

“Judge Yamin has always shown her strength as a leader. She has led with integrity and fairness in the City of Danbury and we are proud to see her continue serving the people of our community,” shared Danbury Mayor Mark Boughton.

When asked to name a word to describe her life, Yamin, without hesitation, answered “blessed.” “I have been blessed in so many ways with so many things, including my remarkable husband, children, parents, siblings, in-laws, friends, co-workers, pets, health, faith, career, travel, opportunities, experiences, priests; the list goes on and on and on…”