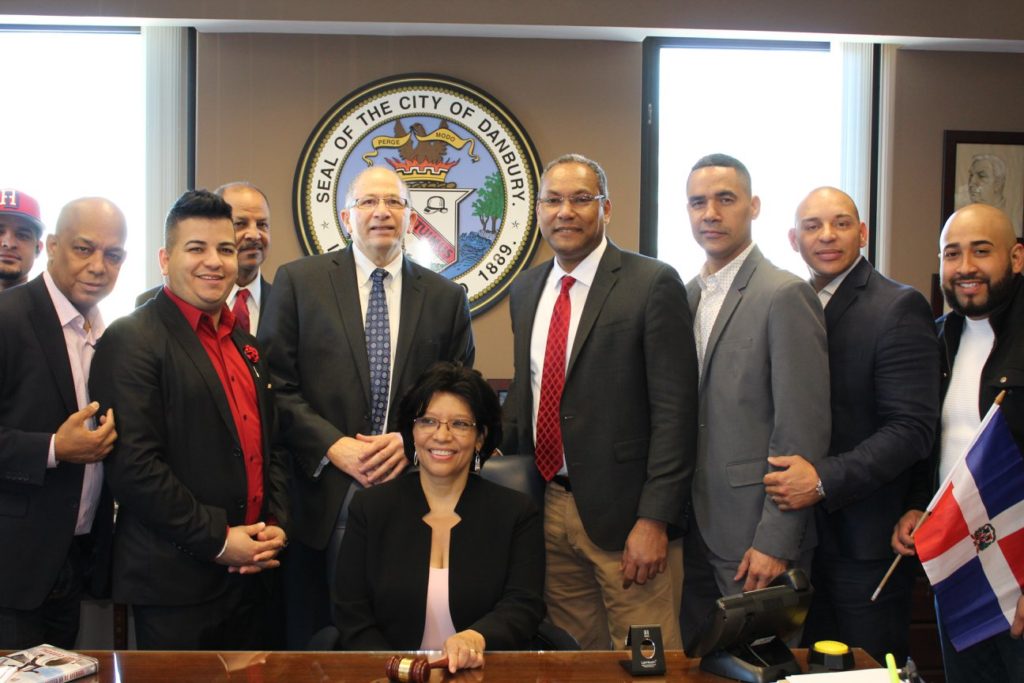 Dominican Independence Day commemorates the country’s break from Haiti in 1844. The holiday’s activities include a major presidential address to the National Assembly, a special mass, a military parade, feasting and fireworks by the sea. The holiday is also intertwined with the country’s month-long Carnival.

At the flag raising, which included singing of the American and Dominican national anthems, Mayor Mark Boughton read a proclamation declaring Dominican Day in Lancaster and praised the contributions of Dominicans to the community.

The event, organized by the Dominican Club of Connecticut, also honors an individual of Dominican heritage that celebrates the country’s fighting spirit and is a role model to the next generations.

This year’s recipient was Dr. Martha Severino, an internist affiliated with Danbury Hospital. She received her medical degree from Universidad Central del Este Facultad de Medicina and has been in practice serving the community for more than 20 years.