Home » Columns » Celebrating the Independence of Brazil in Connecticut 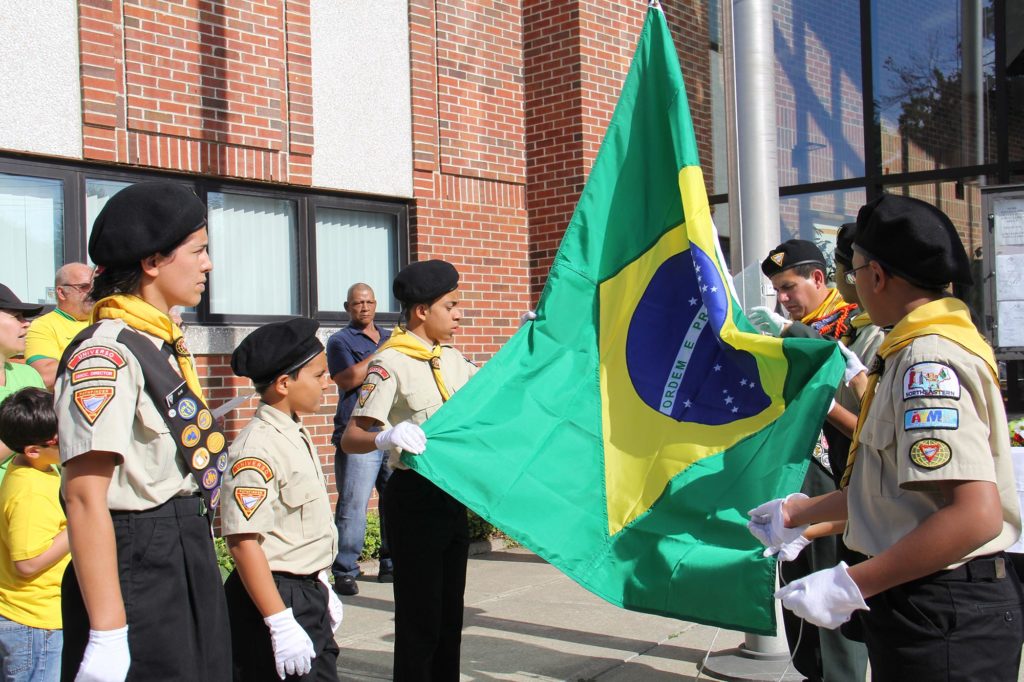 Celebrating the Independence of Brazil in Connecticut

“… They heard from the placid shores of the Ipiranga

The resounding shout of a heroic folk…”
This is how the Brazilian National Anthem begins, uplifting the proclamation made by then Prince Regent Dom Pedro’s famous cry: “Brazilians, Independence or death!” This historical event is remembered as the “Cry of Ipiranga,” which took place at the shores of the Ipiranga River in Sao Paulo, in the year 1822, marking a permanent break in the colonial and political ties between Brazil Colony and Portugal.

That event established Brazil’s Independence Day, September 7, one of the most celebrated dates in the country.

Notwithstanding Dom Pedro’s bravery, it was only in August of 1825, after several revolutionary actions, battles and protests, and with Great Britain’s intervention, that Portugal officially recognized the independence of Brazil.

Brazilians are known as cheerful and captivating people that enjoy interacting with others. They are also known for the love they have for their country; they learn at an early age in school the value and importance of celebrating the independence of their motherland.

It is common to observe Brazilian immigrants residing in the United States that have assimilated to the country’s culture and customs explaining to U.S. citizens that Brazilians do not speak Spanish, as in many neighboring countries. Instead, the language was inherited when Portugal colonized Brazil.

Knowing how to celebrate is part of human nature and Independence Day is culturally important for Brazilians, even for those living outside of Brazil who commemorate it with great enthusiasm. Here, in the United States, in this land of opportunities that welcomes immigrants, Brazilian flag raising ceremonies are held, for example, at the Connecticut Capitol in Hartford, where the flag stays up for seven days, and in Danbury.

All ceremonies are open to the public. In Danbury, the ceremony will be held on Friday, September 7 at 11am, at Danbury City Hall, 155 Deer Hill Avenue. In Hartford, the ceremony will take place on September 20 at 11am in the front of the Capitol at 210 Capitol Avenue.

Different from Brazil, ceremonies held here in the state of Connecticut do not have military parades. Nevertheless, the experience of seeing our flag flying over U.S. soil to the sound of the Brazilian National Anthem is of immeasurable value. Join in!